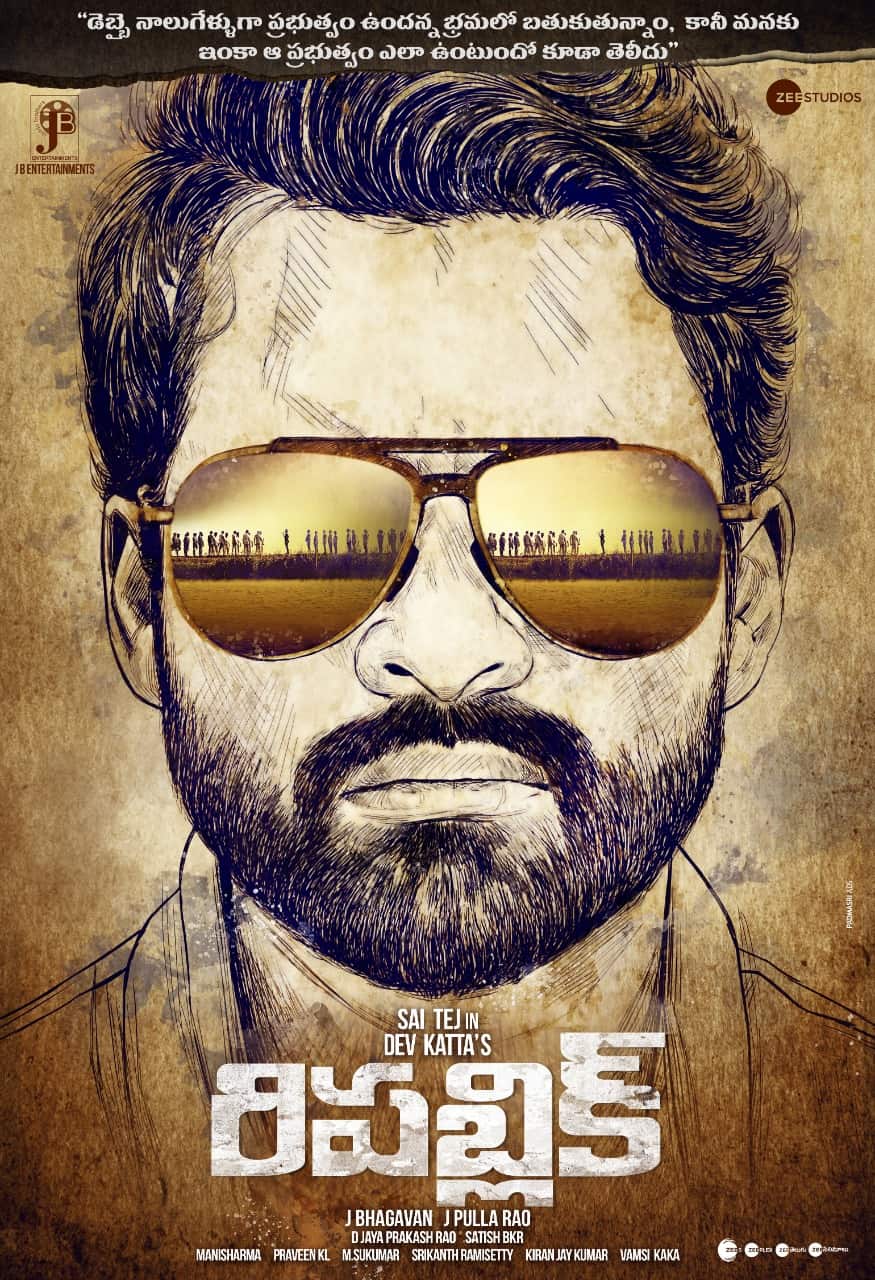 Here is the first look of Sai Tej and Deva Katta’s Republic unveiled this morning by Megapowerstar Ram Charan. The first look reveals a big mob on the shades of the protagonist. More than the first look, the big quote impresses us as it says ‘We are all living under the illusion there is governance, but we are yet to discover it.’

Seems director Deva Katta is taking a dig at current politics. The motion poster released earlier talked about the three functionaries of democracy – Legislative, Executive, and Judiciary. So we can imagine ‘Republic’ to be a hard-hitting subject. Yet again hero Sai Tej seems to have made an unusual choice and his approach is seemingly good.

‘Republic’ features Aishwarya Rajesh in female lead and has Jagapathi Babu, Ramya Krishnan in powerful roles. Mani Sharma has scored the music. The film was officially announced earlier this year on the eve of Republic Day.