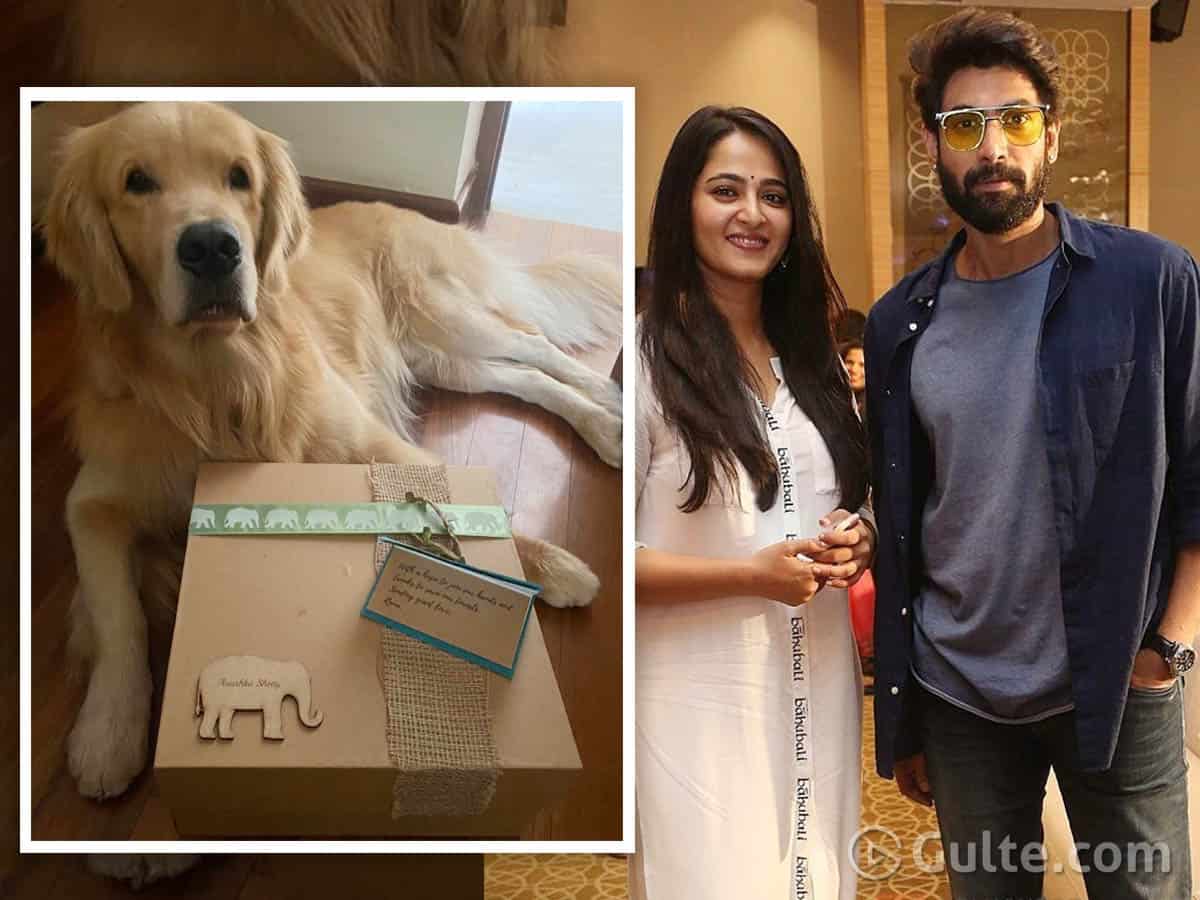 Just ahead of Aranaya’s release, Rana sent out some exciting hampers and special goodies to a bunch of his besties from the industry. And, Anushka Shetty was also one among them to receive the gift from the handsome hunk. Anushka also took to Instagram to share her feelings on receiving the goodies.

She wrote, “Thank you @ranadaggubati bro … totally love them Wishing the entire team, cast and crew of #Aranya all the very very best ..looking forward”. The picture has her adorable pet dog sitting beside a box filled with goodies. The box has a tag from Rana, thanking his friends with a heartfelt message.

Similarly, Samantha also shared a picture of the same hamper and wrote, “this is the cutest hamper….all the very best for Aranya.” Sending exciting stuff certainly made Rana’s besties overwhelmed. And so is with the fans who expressed their admiration towards their inseparable bonding.

Rana Daggubati’s Aranya is receiving mixed responses from the audience and critics alike. Directed by Prabhu Solomon, the narration was deficient. However, the actor received praises for his exceptional performance showcasing a wide spectrum of emotions.