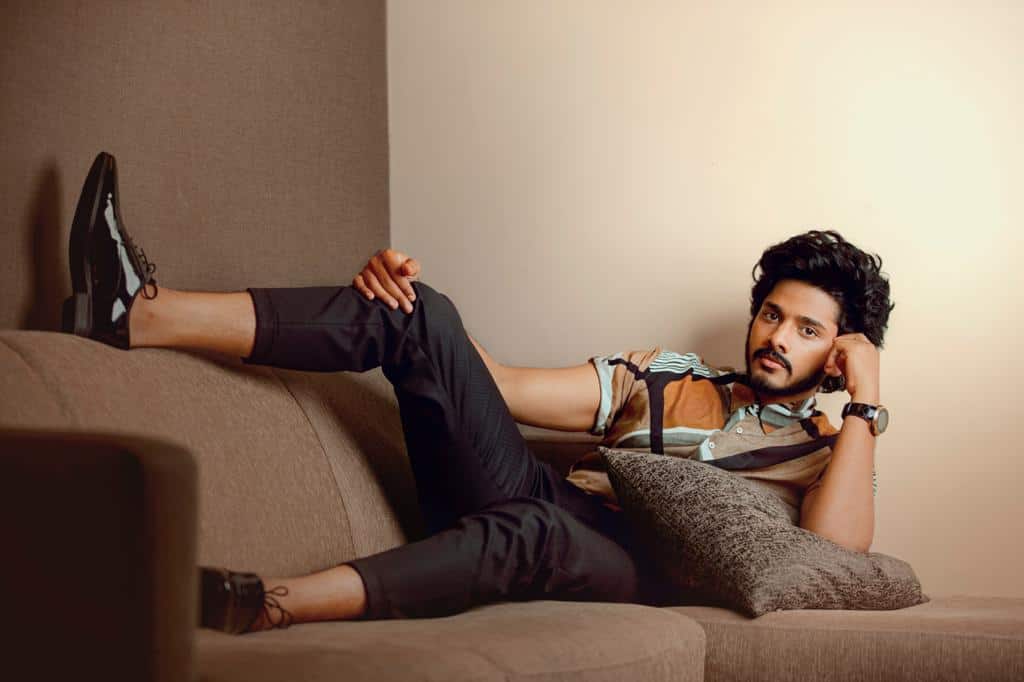 After making successful re-entry with Oh Baby, Teja Sajja appeared in Zombie Reddy which was first of its kind in Tollywood.

The young hero surprises with his super stylish maker.

Opts for a trendy hairdo, Teja looks uber cool here in the picture as he dons a multi-coloured shirt with ankle length formal trousers.

He finished the look with a cool pair of Oxford shoes.

But what’s grabbed our attention is his stylish pose sitting on the sofa.

On the work front, Teja is waiting for the release of Ishq which will hit the screens very soon.

He also signed a project with a top production house post Zombie Reddy which will be announced soon.