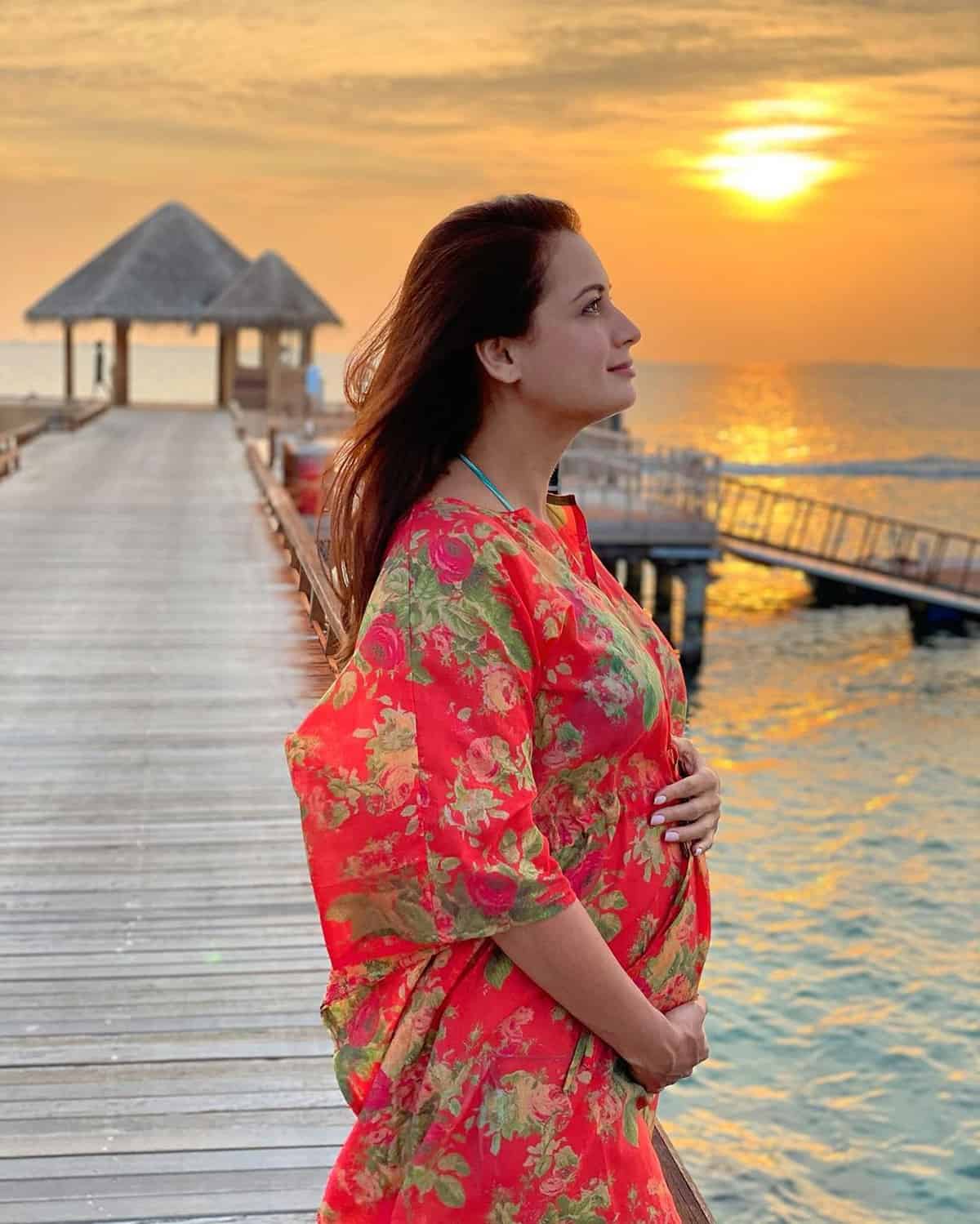 Bollywood actress Dia Mirza, who tied the knot with Mumbai-based businessman Vaibhav Rekhi on February 15th, surprised her fans and friends by announcing her pregnancy. The actress, who’s holidaying in Maldives along with her husband, took to her Instagram and posted a beautiful sunset picture in which she showed her baby bump.

“Blessed to be…One with Mother Earth…One with the Life Force that is the beginning of everything…Of all stories. Lullabies. Songs. Of new saplings. And the blossoming of hope.
Blessed to cradle this purest of all dreams in my womb,” Dia wrote in her Insta post. The picture was clicked by Dia’s husband Vaibhav.

Dia fell in love with Vaibhav a couple of years ago. Reports of the couple living in together went viral last year. Their wedding was an intimate affair, with only close friends and family members gracing the occasion.

Dia was born and raised in Hyderabad. She won the Miss Asia Pacific crown in 2001. Exactly since 2 decades of her Bollywood debut, Dia is making her Tollywood debut with Nagarjuna’s Wild Dog, which is releasing on April 2nd.