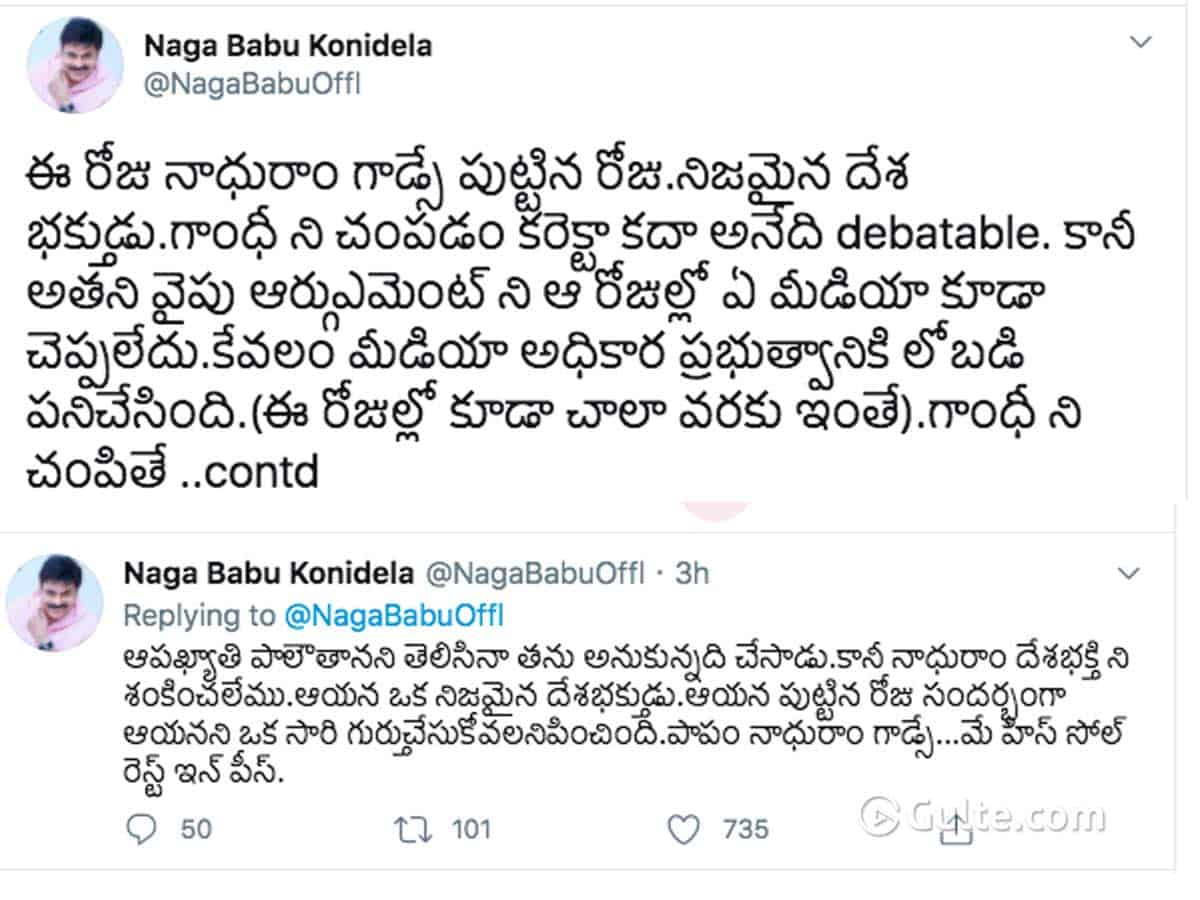 Megastar Chiranjeevi is known as a patron of Mahatma Gandhi and he loves to go the Gandhian way in many things. But it looks like his brothers are having quite opposite ways as recently Pawan Kalyan started playing the trumpet in favour of BJP. And now, mega brother Nagababu has taken one more step to even celebrate the birthday of Gandhi’s killer.

No matter what Nathuram Godse has done earlier and he fought for the independence of India, he’s considered to be an enemy of the state after he assassinated Mahatma Gandhi. Today Nagababu tweeted, “Nathuram Godse, a real patriot, celebrates his birthday today. His act of killing Gandhi is still debatable as no media house wrote his side of the argument those days like how media works only in favour of government these days”

He went on saying that Godse was brave enough to kill Gandhi though he knows that his name will be doomed forever for doing that. One wonders what is Nagababu actually thinking by saying that everyone will have his own perspective, but only few conservative elites will have this type of perspective.

Mega fans are truly shocked with these comments of Nagababu as they don’t know how to react. Seems like with Pawan Kalyan going BJP way, Nagababu is tilting more towards the RSS ideology.