I’m Fearless, I Like To Do New Things: Nagarjuna 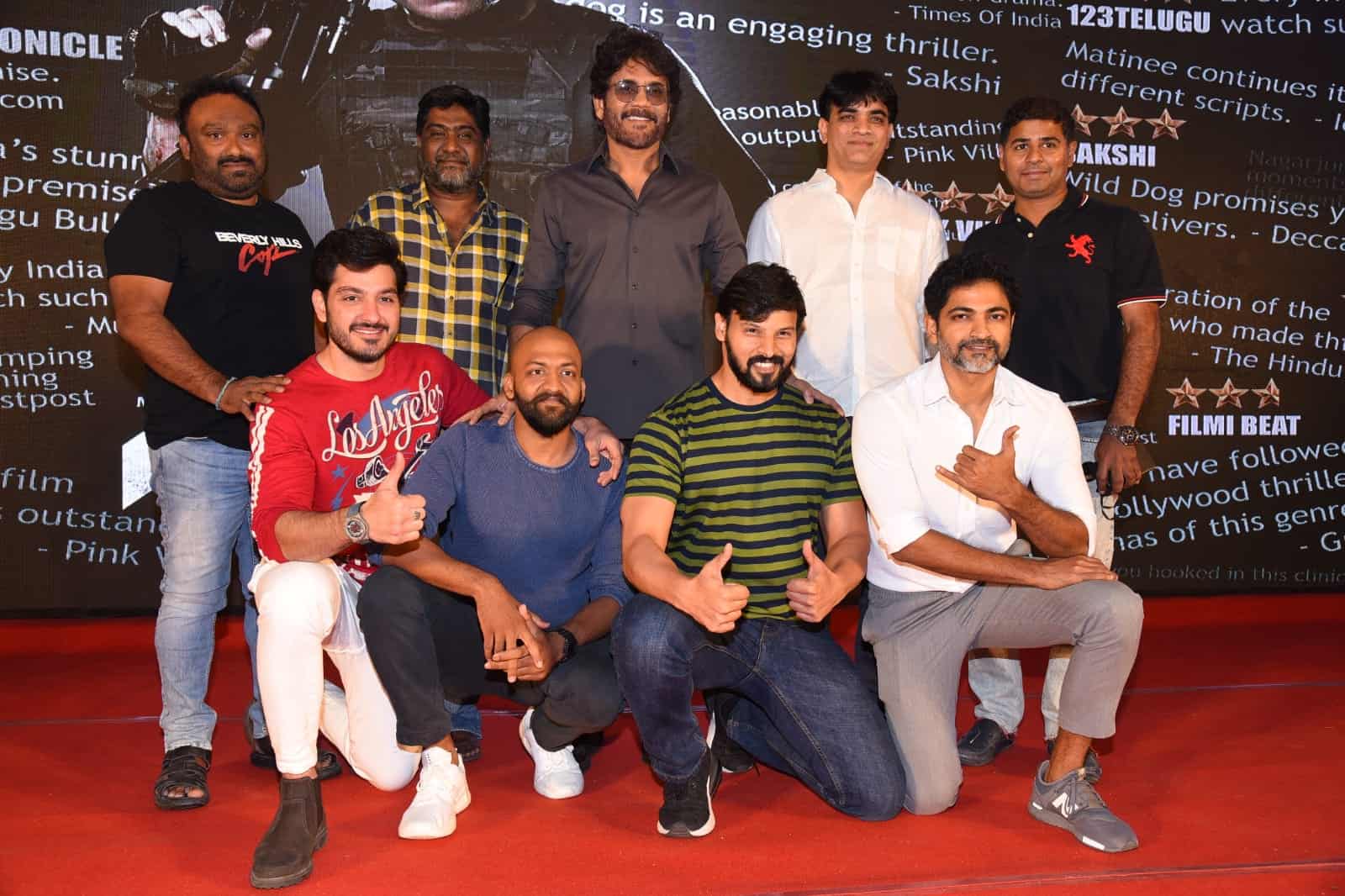 Nagarjuna is one actor who always like to experiments with new subjects and genres. Wild Dog is another experiment as the story based on real incidents was made in a very convincing way with realistic approach. More than anything else, Nagarjuna is winning appreciations for his daredevil stunts in the film.

While speaking at Wild Dog Mission Accomplished Meet, producer Niranjan Reddy said, “We don’t want to make any false claims. The event is not meant to celebrate the film’s box office success. We started the film with an intention of providing a realistic film based on true incidents. We are contented that we made the film as we wanted and the film is getting positive response from everywhere. Of course, there was some effect of corona on movie collections. However, due to mouth talk, there was improvement in collections from matinee show.”

Nagarjuna thanked Telugu audiences for lending their full support every time he tried a unique and different subject. “Initially we had our qualms whether to release the film when covid cases are increasing. But, we released the film with a hope that Telugu audiences encourage films with good content, despite any unfavorable conditions.

I’m fearless. I like to do new things. When we do things which we love, there is no question of risk. My team of youngsters might have felt of risk while performing stunts, but I never felt the stunts were risky.”

Nagarjuna clarified that Wild Dog will not have a sequel.