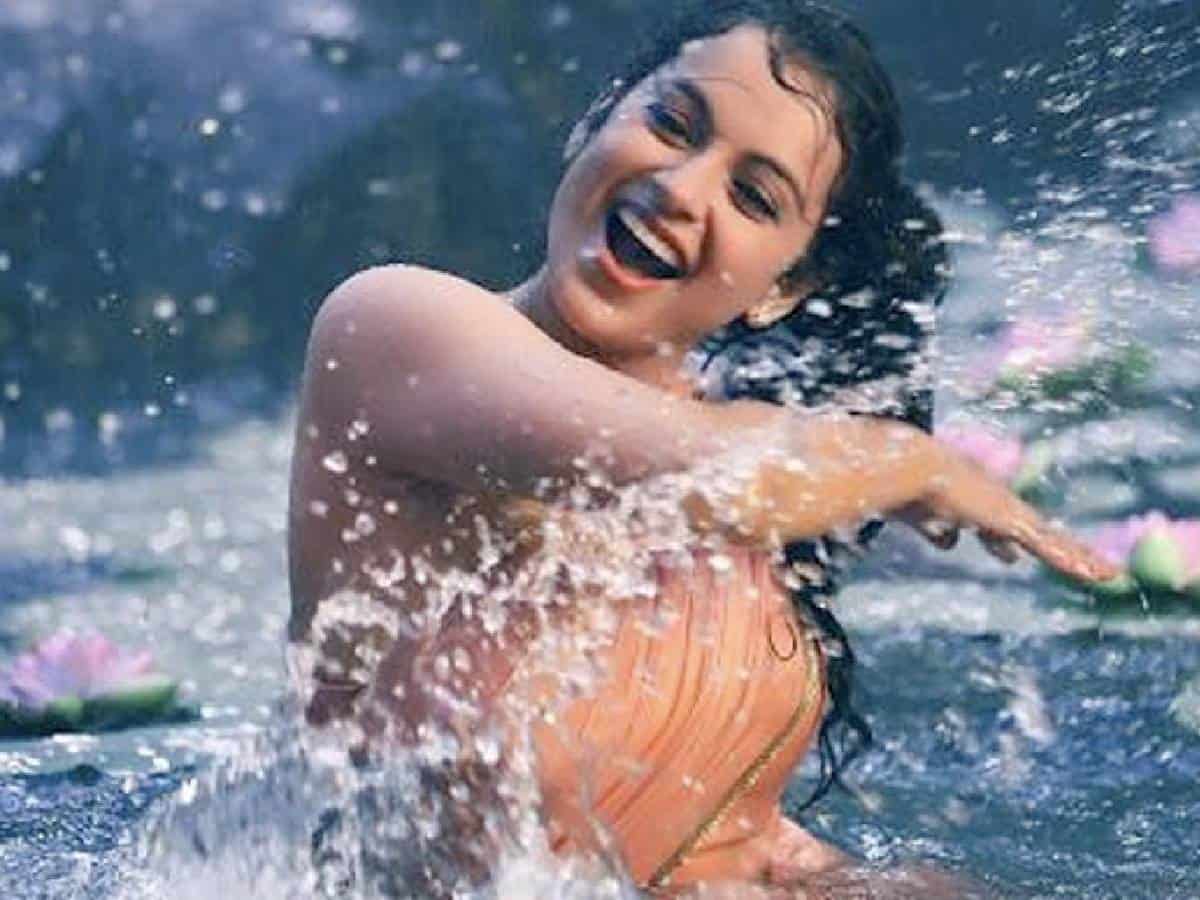 Kangana Ranaut’s dedication, commitment and discipline is said to be unparalleled. Those who have worked with Kangana praise the actress’ diligence towards her role and film. Kangana, who will be seen as Jayalalithaa in the biographical film Thalaivi, is said to have drenched in water for about 16 hours even when she was unwell and she was having high temperature.

The Ilaa Ilaa song from Thalaivi needs Kangana to shoot in water as it showcases the glam-side of late Jayalalithaa and her peak career in films. Shooting this song was a major challenge for Thalaivi makers. Post Covid pandemic and end of lockdown, they have scheduled to shoot Ilaa Ilaa. With so many restrictions in place, Kangana is back on set after almost 8 months.

This is the back story of Ilaa Ilaa song and the toil by the makers that went inside shooting this glam song. All the efforts have finally paid off as Kangana rocked in this dance number. The response to the song has been great.

Thalaivi throws light on the clandestine love story between Jayalalithaa and MGR. This is said to be the film’s central point besides which the film would explore the fall and rise of Jayalalithaa. It is learnt that director AL Vijay has taken extreme care in crafting this film. And buzz is that Kangana has breathed life into her role. The makers are all set to release the film on 23rd April simultaneously in Telugu, Tamil, Hindi.