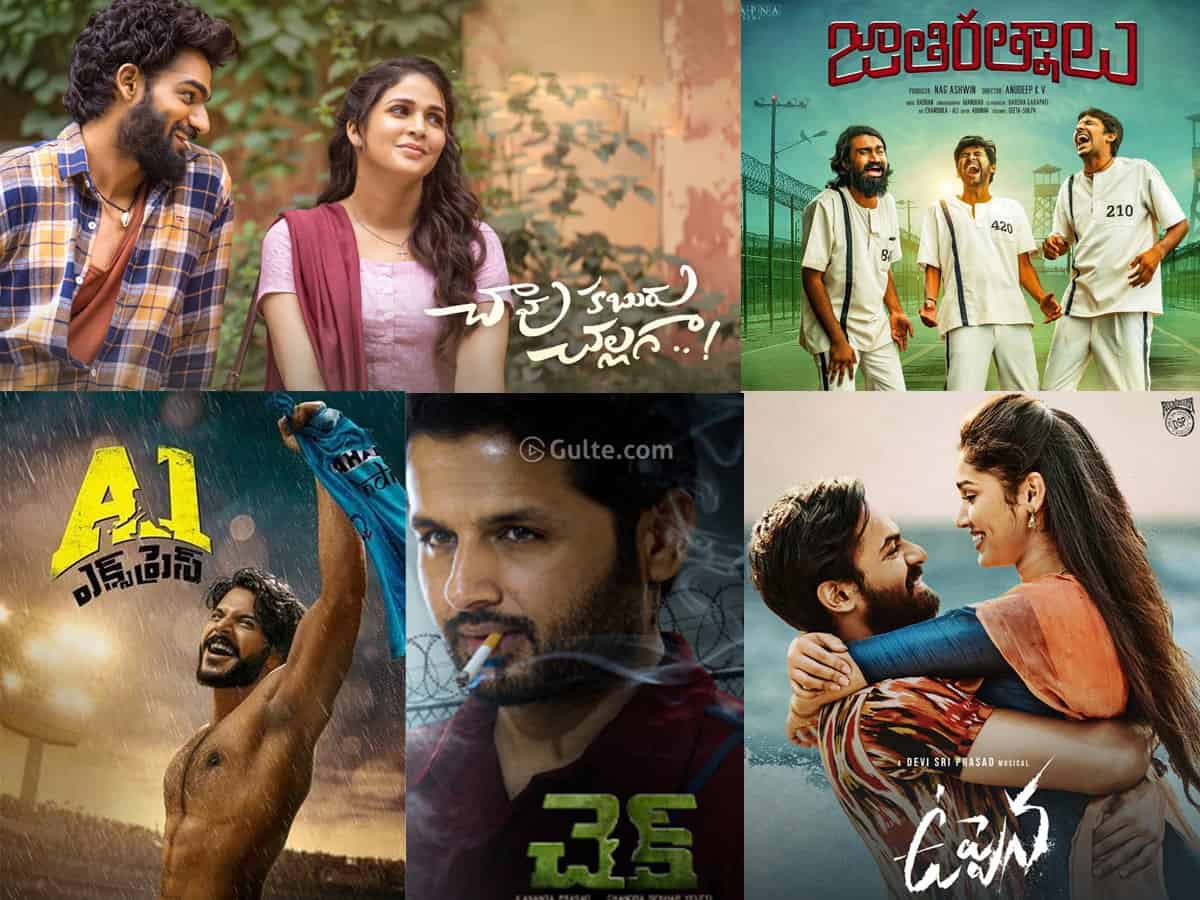 With the majority of the January and February releases hitting the streaming platforms already, there is a discussion on the rest of the movies that ended the theatrical run at the box office. The streaming platforms are yet to finalize the release dates for some of the new movies but there is a huge buzz on certain movies that the audiences are eagerly waiting for. Some important films on the list are Nithiin’s Check, Vaishnav Tej’s debut film Uppena, Naveen Polishetty’s Jathi Ratnalu, Sundeep Kishan’s A1 Express, and Karthikeya’s Chaavu Kaburu Challaga.

According to our sources, the following are the digital release details of some of the Telugu films. Most likely, all of the following movies will go online in April itself.

Uppena
Vaishnav Tej’s Uppena released in theatres on February 12th. Krithi Shetty made her debut as a heroine. Buchi Babu is the director. The film became a blockbuster and the producers pocketed huge profits on the film. Uppena’s rights are grabbed by Netflix. The digital giant confirmed the film’s arrival on their platform on 14th April.

Check
Nithiin’s Check released on 24th February. Chandra Sekhar Yeleti is the director. Priya Varrier and Rakul Preet played the leading ladies. The movie failed at the box office and the makers are yet to confirm the film’s digital release date. The rumors reveal that the film will either land on Aha Video or Sun Nxt. An official confirmation on the same is awaited.

A1 Express
Sundeep Kishan’s A1 Express is weaved around Hockey. Lavanya Tripathi played the leading lady in the film. The film is rumored to be hitting Sun Nxt digital platform this month. The film released on March 5th in theatres and the OTT release date is yet to be confirmed.

Chaavu Kaburu Challaga
Karthikeya’s Chaavu Kaburu Challaga is the first flop for the GA2 production house. Lavanya Tripathi played the heroine role. Koushik Pegallapati marked his debut as a director with the film. The film unit is planning to bring the movie on the Aha Video platform in the third week of April. The film is being re-edited for the digital platform. The release date will come out soon.