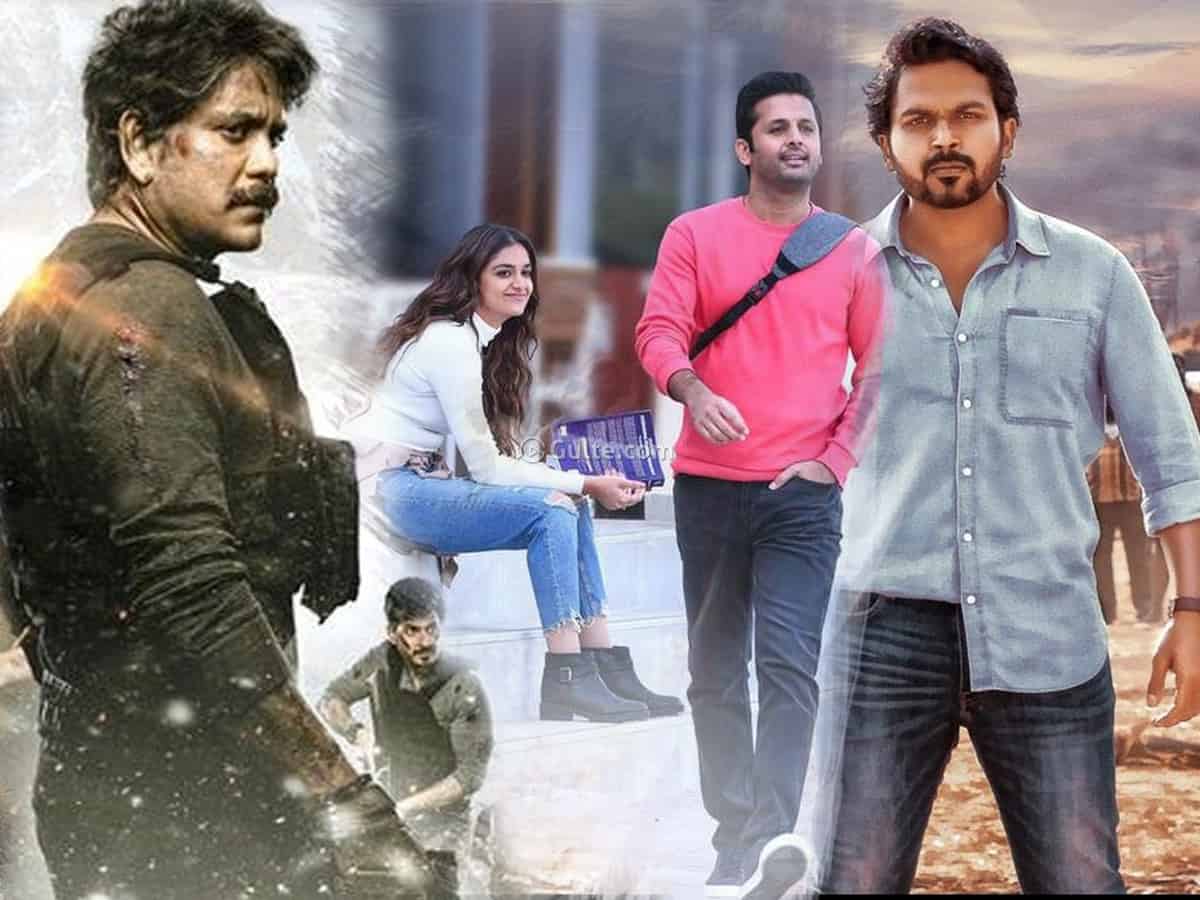 After having a blockbuster run until Jathi Ratnalu, Tollywood trade has again slowed down in recent times. The latest releases like Rang De, Wild Dog and Sulthan and a few other movies released after a decent round of pre-release promotions, but failed to set the cash registers ringing.

Nithiin and Keerthy Suresh’s Rang De, which released on March 26th, had a good start on its opening day thanks to the combination craze and showed some promise initially. However, the routine story didn’t help the film sustain after the first weekend. In its 9-day run, Rang De collected close to Rs 16.20 crore share and has another Rs 8.40 crore to collect to reach the break even mark. Rang De’s total worldwide theatricals are valued at Rs 24.60 crore.

On the other hand, Nagarjuna’s Wild Dog released on Friday and collected about Rs 2 crore share in 2 days. The film is struggling to register decent numbers and the weekend is quite crucial for its final fate at the boxoffice. Wild Dog’s pre-release business amounts to Rs 9.4 crore and the film still needs Rs 7.30 crore more to break even.

Finally, Karthi and Rashmika Mandanna’s Sulthan, which also released on Friday to mixed reviews, has managed to collect Rs 1.89 crore share in 2 days. The film needs another Rs 4.60 crore to break even and this seems highly unlikely given the word of mouth among the audience.