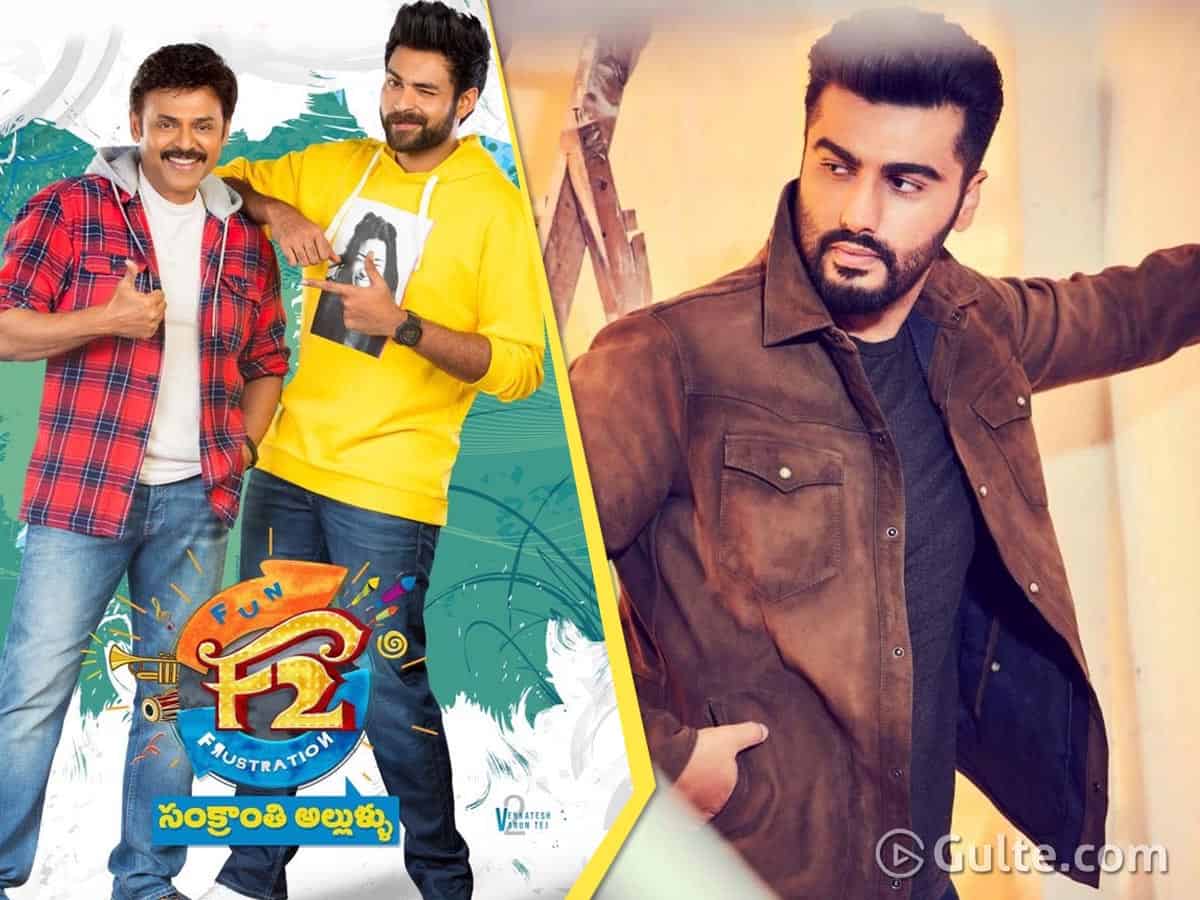 Released during the Sankranthi season in 2019, Venkatesh and Varun Tej’s Fun and Frustration (F2) went on to become a massive blockbuster. Producer Dil Raju had struck gold, as the Anil Ravipudi directorial ended its theatrical run by amassing a whopping Rs 127 crore gross worldwide. The same team is currently busy with F3.

F2’s Bollywood remake rights were acquired by Sridevi’s husband Boney Kapoor. The film is back in the news, as its gearing up for its launch very soon. And the latest update is that young Bollywood hero Arjun Kapoor, son of Boney Kapoor, will be reprising Varun Tej’s role in F2’s Hindi remake.