Alia Sends Wishes To PSPK And #VakeelSaab In Telugu 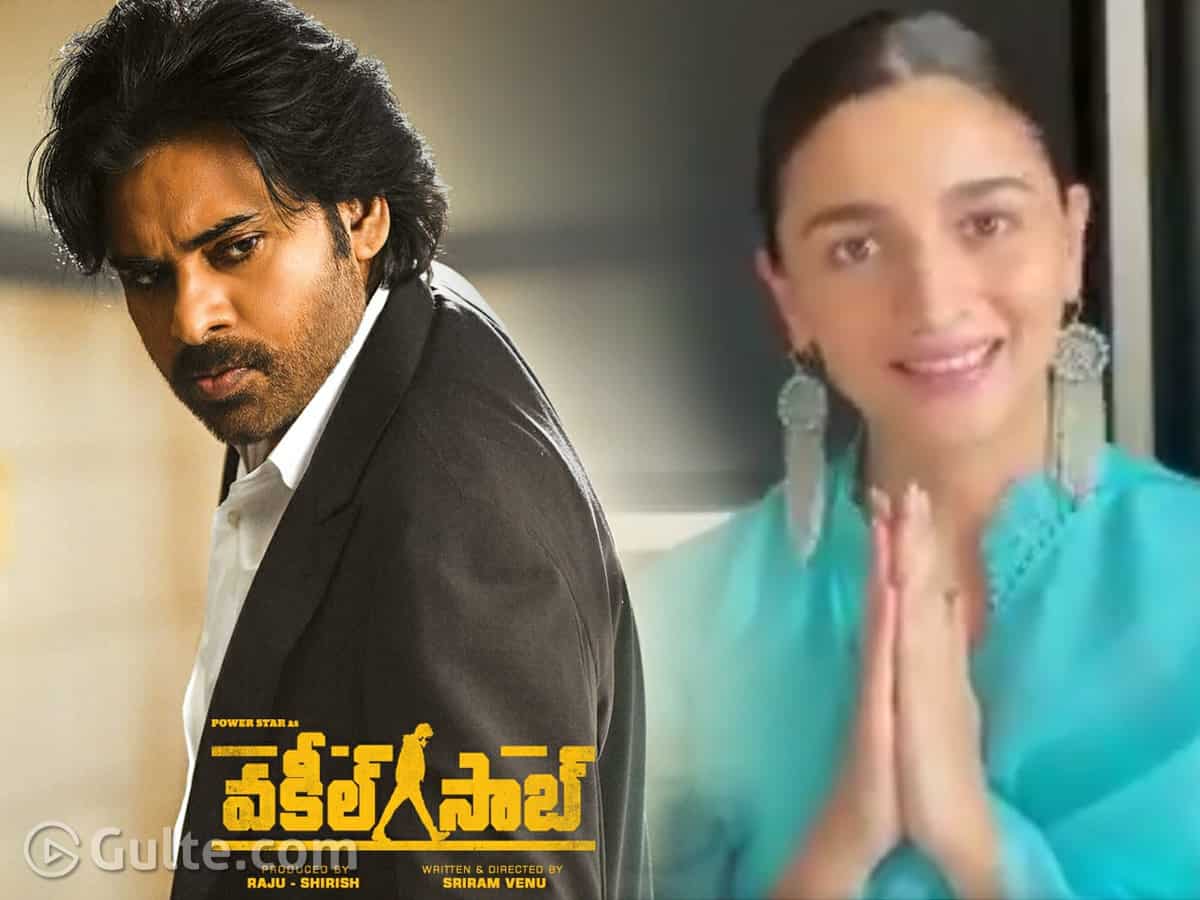 Bollywood’s top actress Alia Bhatt has conveyed her best wishes to Powerstar Pawan Kalyan’s upcoming movie ‘Vakeel Saab’ which is releasing tomorrow. Simultaneously Alia is excited that the teaser of her next ‘Gangubhai Kathiawadi’ will be out in Telugu with Pawan’s film.

In a video message Alia said, “Andariki Namaskaram… It is such an honor and so exciting for me to share something so special with the release of one of the most awaited films ‘Vakeel Saab.’ Powerstar Pawan Kalyan gariki and team andariki all the very best. And fans… be ready… Vakeel Saab Vachestunnadu.”

This film is getting a multiple languages release on July 30th.