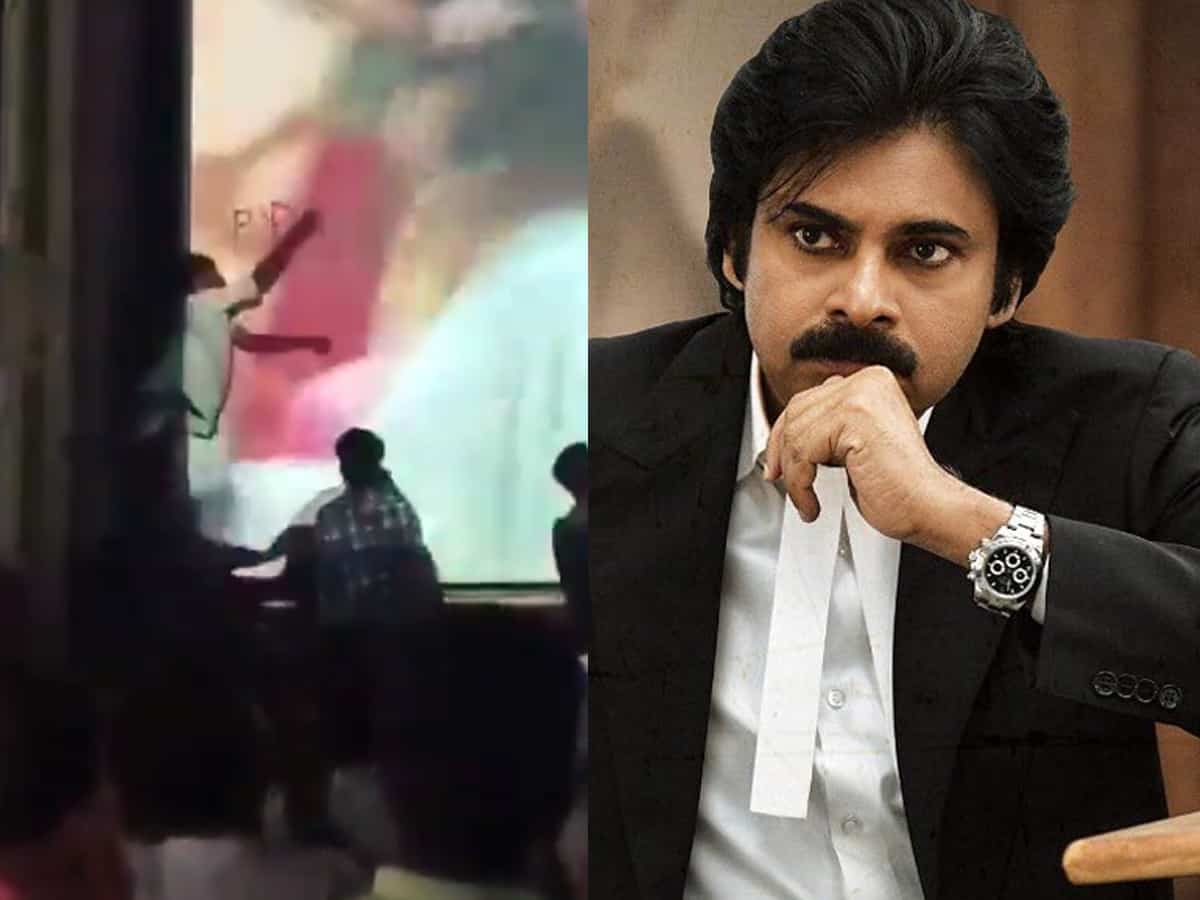 Powerstar Pawan Kalyan’s Vakeel Saab opened grandly at the box office with house-fulls in almost all the areas. The fans are extremely happy to see Pawan Kalyan back in the action after almost three years of the film’s release.

Pawan Kalyan’s fans celebrated the release of Vakeel Saab in unique ways. While a few erected cutouts, a few cut their hands and smeared blood on Pawan Kalyan’s posters outside the theatres. But, here is an incident where a fan cut his hand and painted PSPK on the big screen when the film is being played.

In a widely circulated video on social media, we can see one of Pawan Kalyan’s fans standing near the big screen and writing PSPK on it, with his blood. The details of the theatre and the fan are unavailable at the moment.

On the other hand, some fans sacrificed a Goat in one of the theatres where the film released.

For sure, these acts attract negativity and criticism but some fans are celebrating them. Even Pawan Kalyan would be against the idea of self-hurt and sacrificing the animals on the occasion of the film’s release.

We have to see if the film unit or Pawan himself react to these incidents.