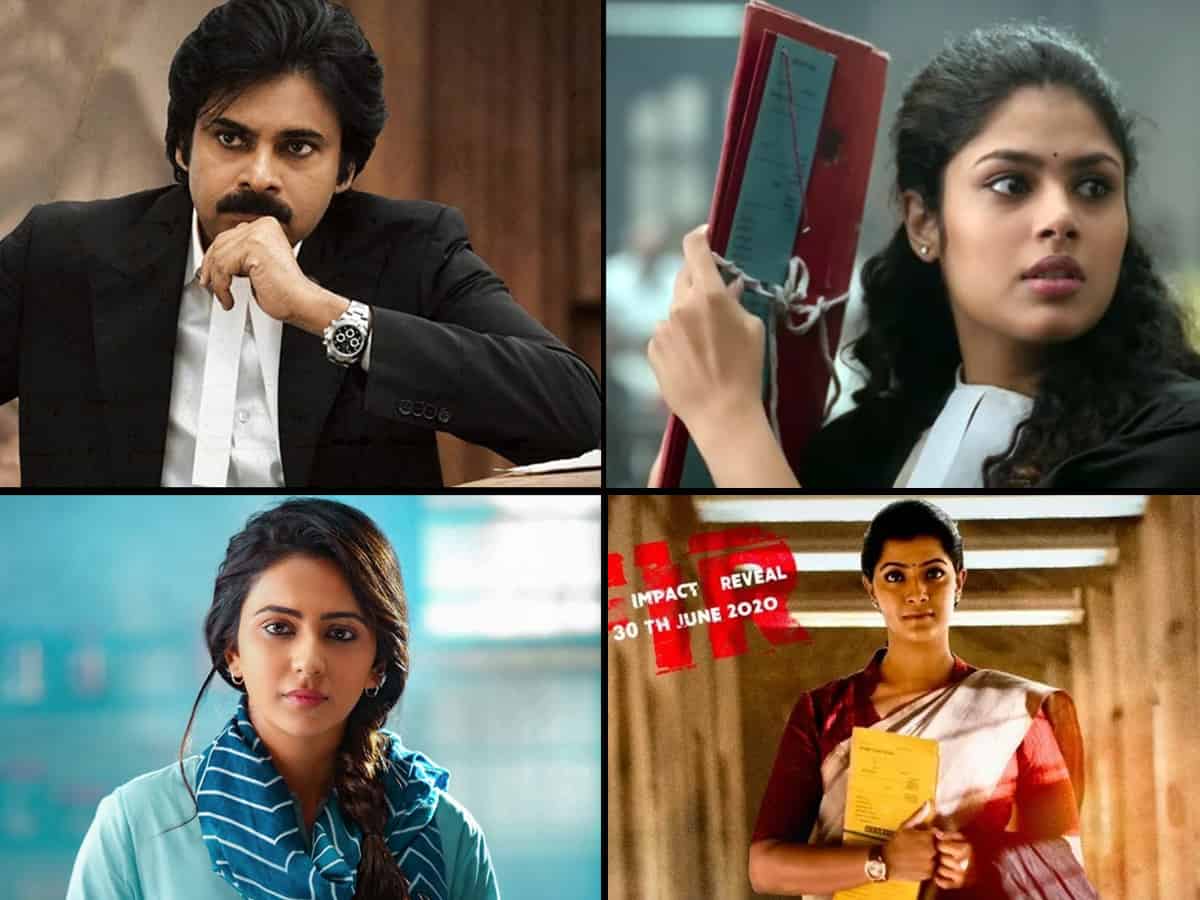 So far, 2021 proved to be a fruitful year for the Telugu film industry. After the huge blow of COVID-19 and the subsequent lockdown, the theatres in Telugu states are running well with a streak of successful films. Meanwhile, there is a common point in four notable releases that hit the screens this year. The films are Vakeel Saab, Check, Naandhi, and Jathi Ratnalu. The common point is the the crucial role of a lawyer role.

In all these films, the male/female protagonist played the role of a lawyer. In Vakeel Saab, Power Star Pawan Kalyan played the role of a lawyer who takes up the case of three women who were falsely accused in a case. In the rest of the three films, the lawyer roles are played by females and they take up the cases of men. It is an interesting aspect that has happened in Telugu cinema in the recent past.

In Naandhi, Varalakshmi Sarathkumar defends Naresh’s case. In Check, Rakul Preet Singh argues on behalf of Nithiin in a terrorism case. In Jathi Ratnalu, Faria Abdullah takes up the case of Naveen Polishetty and his gang.

Gopichand’s next film with Maruthi is also rumored to be a courtroom drama. We have to see if more films take a shape with this backdrop.