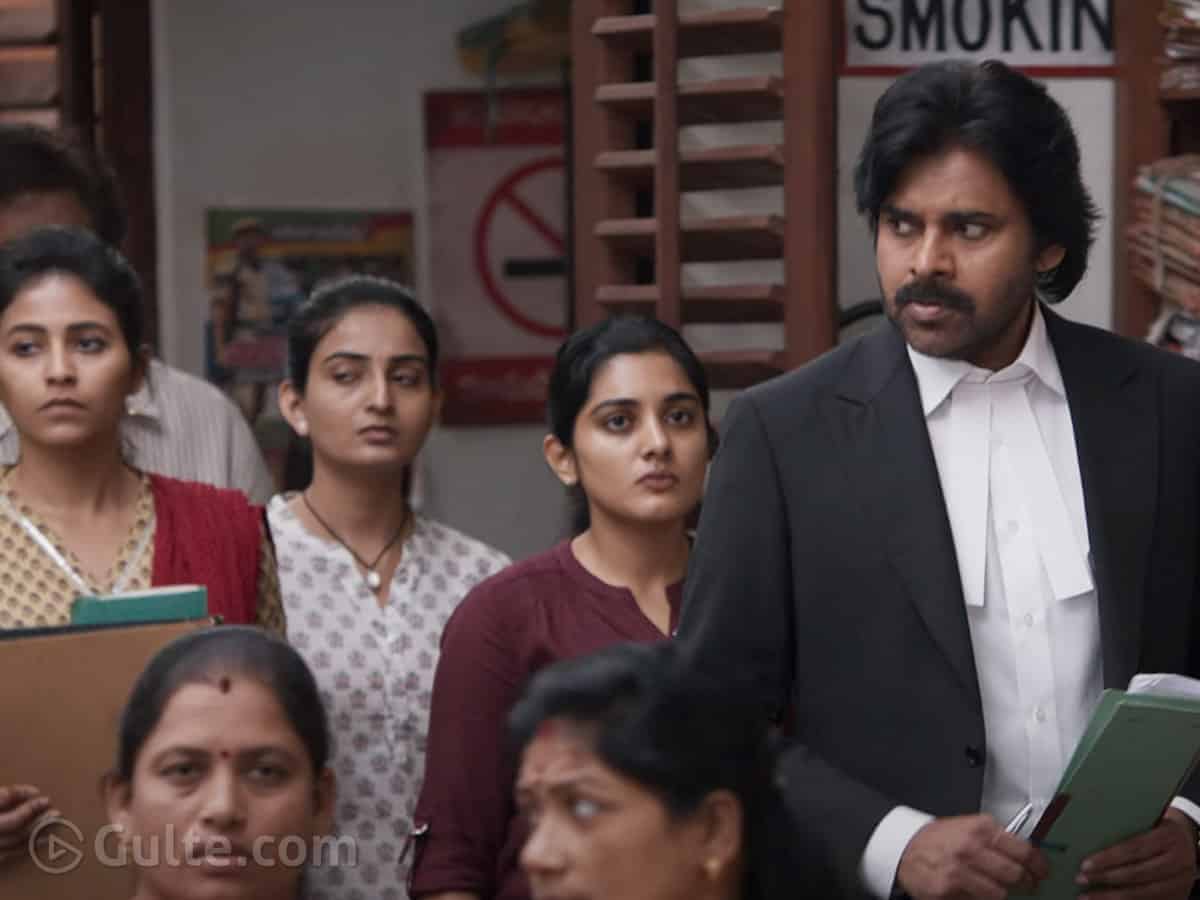 It is producer Dil Raju’s idea to cast Powerstar Pawan Kalyan in the remake of Pink in Telugu. After watching Ajith in the Tamil remake, Dil Raju made his mind to get Pawan Kalyan on board. When the film’s announcement came up, the audiences were not ready to digest the fact that Pawan Kalyan will reprise Amitabh’s role. However, after the film’s release, the fans and audiences are highly satisfied with the high-voltage performance of the actor in the role of a lawyer. The film is getting record collections but it indeed is unsuccessful in one major element, which actually was the motive of the makers of the original, Pink.

In Amitabh Bachchan’s Pink, the audiences come out of theatres with a heavy heart. Amitabh Bachchan’s character remains a mystery and the director drives the audiences to root for the three leading ladies. It is in the climax sequence that Amitabh makes it a point to tell everyone that “No” is a statement and there’s nothing more to be added when a woman says “No”. “No means No” is the statement that is loud and clear, which the makers of Pink wanted to send to the public. It worked out well and even today, the message stands relevant. However, it is missing in Pawan Kalyan’s Vakeel Saab.

There is a similar climax setup in Vakeel Saab but what Pawan Kalyan does becomes preachy. There is no stress on the statement “No” as much as the original makers did. It is the sole purpose of making a film to say that a woman has a choice to decide when she wants to get physical with a man and when she does not want to. A simple “No” from a woman is enough to make her stand clear. In Pink, after Amitabh’s closing remarks about the case, the judge highlights the same and affirms it. However, in Vakeel Saab, the drama became melodrama with unnecessary reactions of the crowd, judge, and other women.

When we come out of a theatre after watching Pink, we feel an emptiness and a thought constantly runs in mind about the story of women we just saw. We realize that women are not wrong in whatever they did. We end up carrying the film along with us to homes, with a heavy heart. Vakeel Saab is unsuccessful in this aspect.

The film might also have registered grand openings at the box office, but it failed to make us a part of this movie. We indeed celebrated Pawan Kalyan’s return to the big screen but while coming out of the film, all we remember is Pawan himself. The makers revealed multiple times that they did not spoil the soul of the film and picked a star like Pawan Kalyan only to let the film’s message reach a lot of people. But, the film is all about Pawan Kalyan. When we come out of a theatre after watching Vakeel Saab, we remember the fights and the story of Pawan Kalyan than the story of three women.

Everyone predicted that this would happen in the first place when a star like Pawan Kalyan drives the film but no one is openly admitting the fact that there’s no heavy feeling in the heart after witnessing this story.

At least in the coming days, when someone picks up a remake, all we hope is that they stay true to the original, the very story that they are telling about.