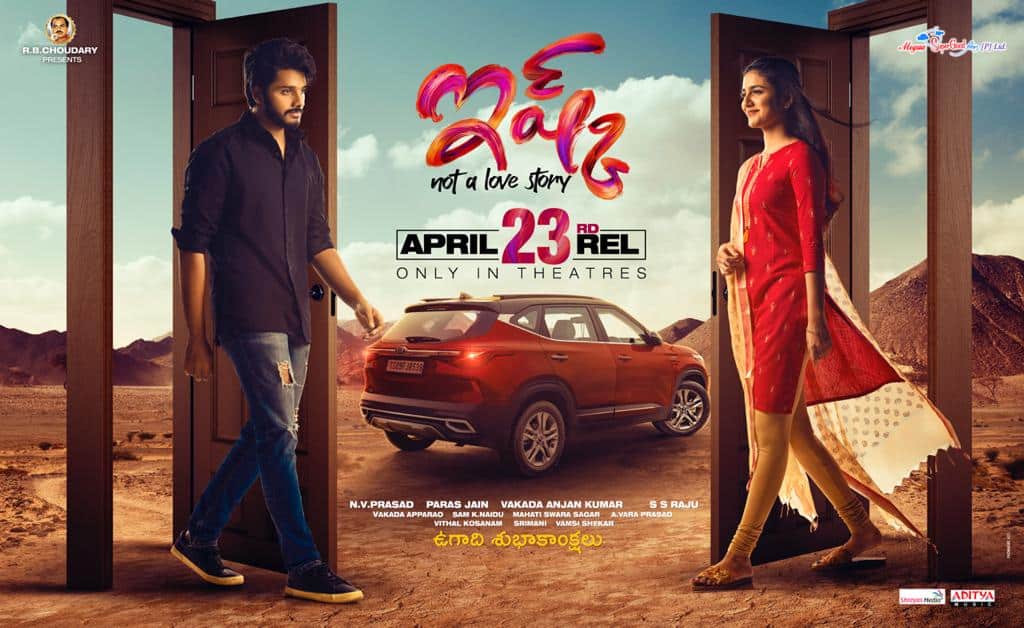 Apparently, makers of Teja Sajja and Priya Prakash Varier were looking for right time to release the film. The postponement of Nani’s Tuck Jagadish has turned a boon for the movie. The makers of the film have proclaimed to release Ishq on April 23rd. It is known that, Tuck Jagadish’s release date is pushed form April 23rd to another date.

The announcement poster with Ugadi wishes sees Teja and Priya stare at each other as they step out from doors in opposite direction. While Teja looks serious, Priya looks contented here. We can also see a luxurious car in the picture.

The film is directed by SS Raju. RB Choudary is presenting the film, while NV Prasad, Paras Jain and Vakada Anjan Kumar together are bankrolling it.