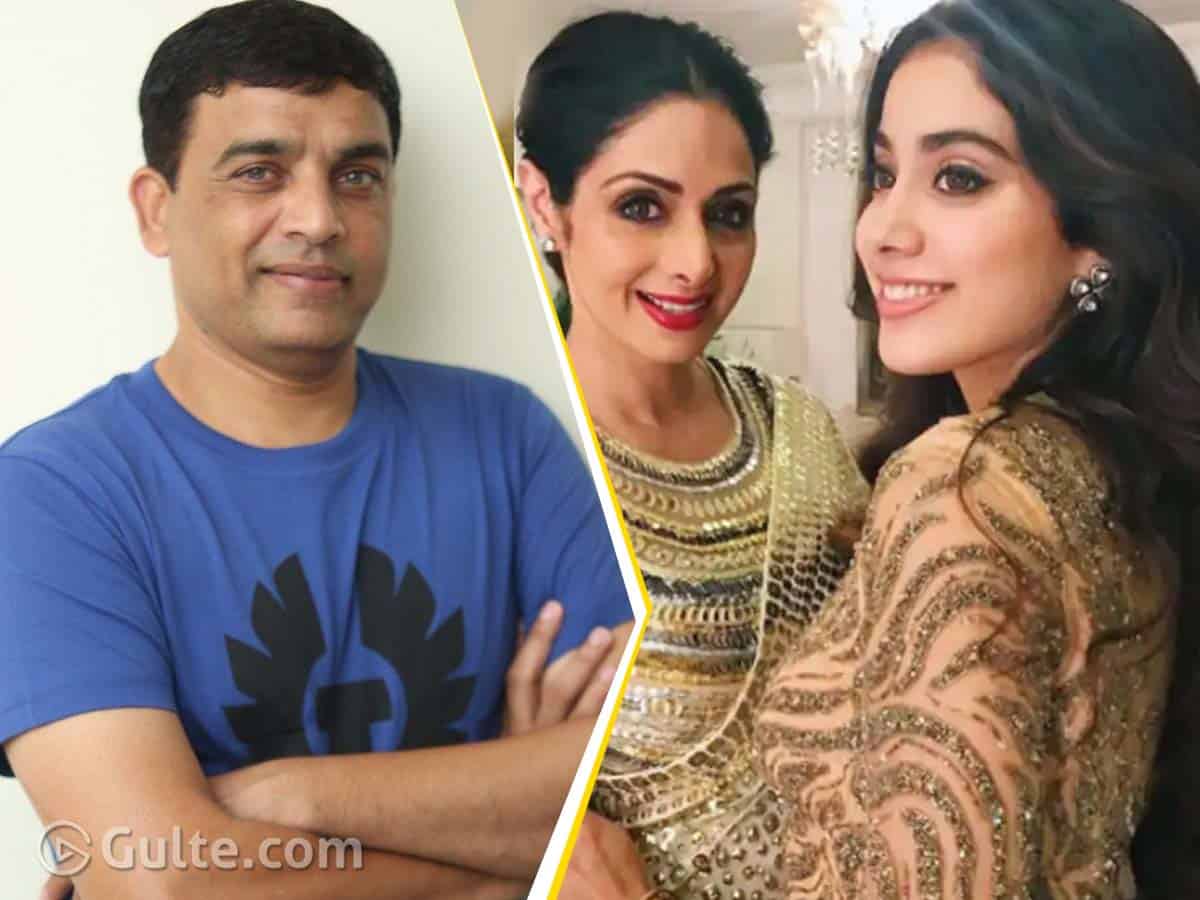 Ace producer Dil Raju, who recently entered into wedlock again with Vygha Reddy, is back into work mode. He was spotted yesterday at the meeting with Cinematography minister Talasani Srinivas Yadav. Now that Raju is back into work mode, he has fastened up the plans of projects that are in pre-production phase.

Buzz is Raju has entered into an agreement with Bollywood producer Boney Kapoor and as part of it, he has agreed for the launch of his daughter Jhanvi Kapoor into Telugu film industry under Raju’s banner. Dil Raju is said to have a massive plans for Jhanvi’s Tollywood launch.

It’s learnt that Raju is going to make a grand announcement about Jhanvi’s T-town debut at the audio launch of Vakeel Saab, Pawan Kalyan’s comeback film being produced by Dil Raju and Boney Kapoor.

In principal, Jhanvi has given her nod to an interesting project in Telugu and Raju is also very confident on this project.