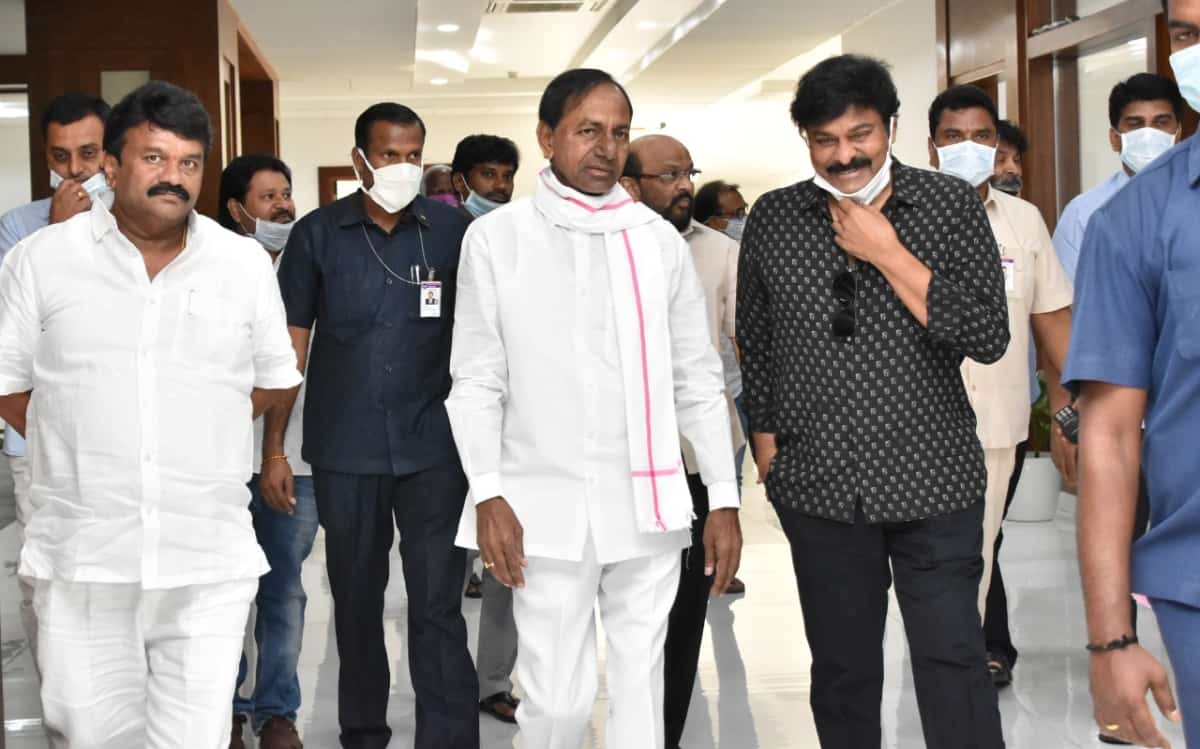 In a remarkable and first of its kind decision in the country, Telangana state has agreed to do film shootings. Telangana CM KCR said the state government would permit the Film & TV shooting in a phased-wise manner.

He said the government would soon issue the Covid-19 measures to be followed during the film and TV shootings. CM KCR said after announcing the specific guidelines, the shootings will be allowed to happen.

Along with Cinematography Minister Talasani Srinivas Yadav, the likes of Chiranjeevi, Nagarjuna, Allu Aravind, Suresh Babu, Rajamouli, Dil Raju, Trivikram Srinivas, N Shankar, Radha Krishna (Chinna Babu), C Kalyan, Koratala Siva, Gemini Kiran, Mehr Ramesh and others have met CM KCR today evening and brought the problems faced by the Cine Workers to CM’s notice. Responding to their appeal, CM KCR responded in above manner. KCR assured them that the government would do its best to benefit the Film & TV industry in this hour of crisis.

KCR said the information would be passed onto the filmmakers as soon as the government sets up the guidelines. He asked everyone to follow the guidelines strictly while conducting the shootings in the wake of Corona Virus pandemic. Meanwhile, the state government has already given its consent for the post-production works to be carried with very limited people.

If Telangana gives official confirmation for film & TV shoots, it’ll be a big step forward in the country for the entertainment industry. On the other hand, AP state government is also quite positive towards the Film & TV shootings. AP CM YS Jagan Mohan Reddy is also planning to announce permission to film shooting very soon.