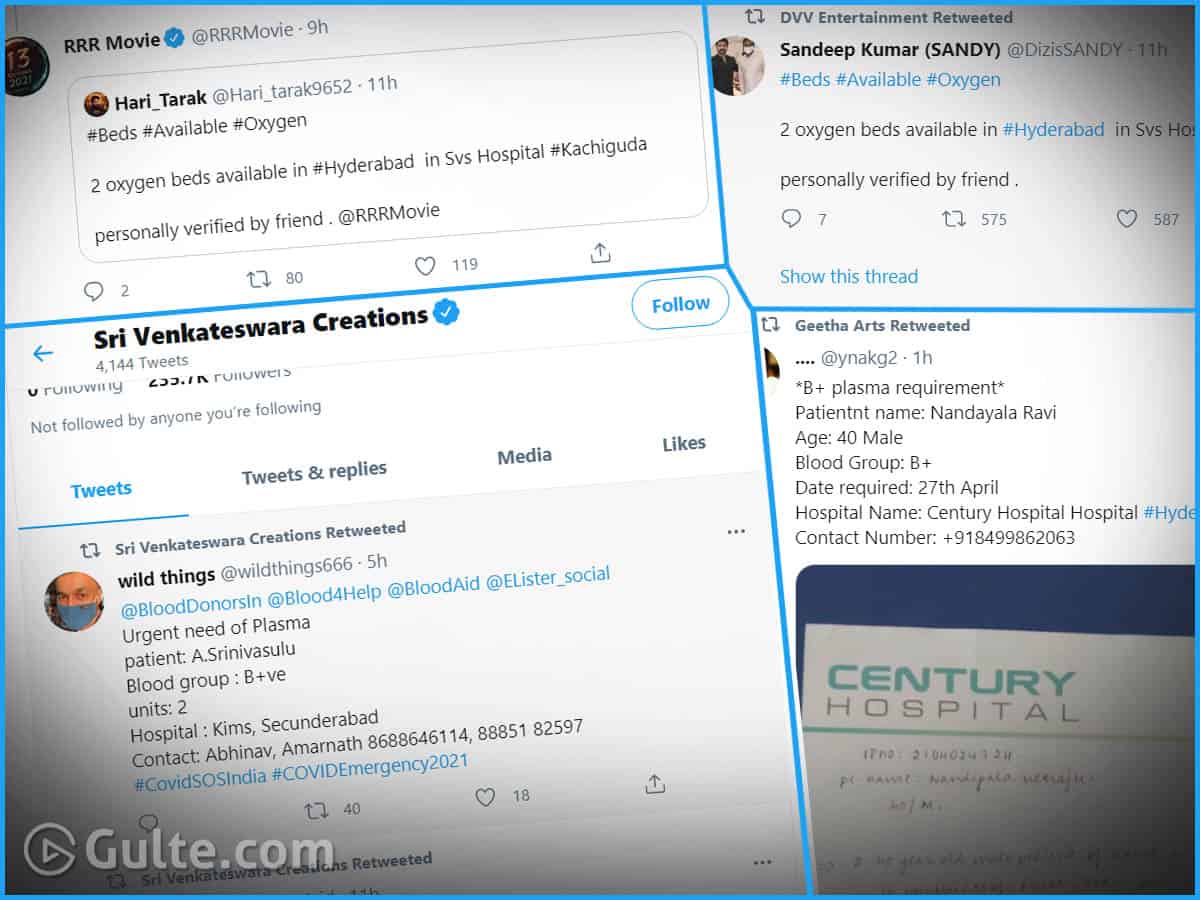 India’s second wave of the pandemic reminds us of the 1918-20 Spanish flu, which also came in two waves with the latter being unimaginably intense. Spanish flu in 1918 spread to around 500 million (around 1/3rd of the world population) and killed 50 million people. It killed around 17 million in India alone. Now coronavirus’ second wave is more devastating than the first with distinctive factors that cause worry and anxiety among the public.

These highest-earning production houses put in a lot of work in a given project to ensure that the film interests the target audience. And the same amount of sedulous efforts are seen today as they have completely stopped tweeting or updating about the movies and instead, amplify SOS calls. They have been sharing valuable information on hospital beds which are chronic shortage now and other dwindling resources like oxygen. This gesture is indeed highly applaudable.

The situation in the country is so worse that all of us are watching helplessly as patients die in an unpreventable manner. Overwhelmed crematoria are working round-the-clock and furnaces have melted down from overuse. The heartbreaking messages and haunting images pop up every minute on social media at an alarming rate. India exceeded 3.2 lakh cases today with deaths crossing the 2,000 mark for the seventh consecutive day.