The New Kick And Excitement For Star Hero Fans 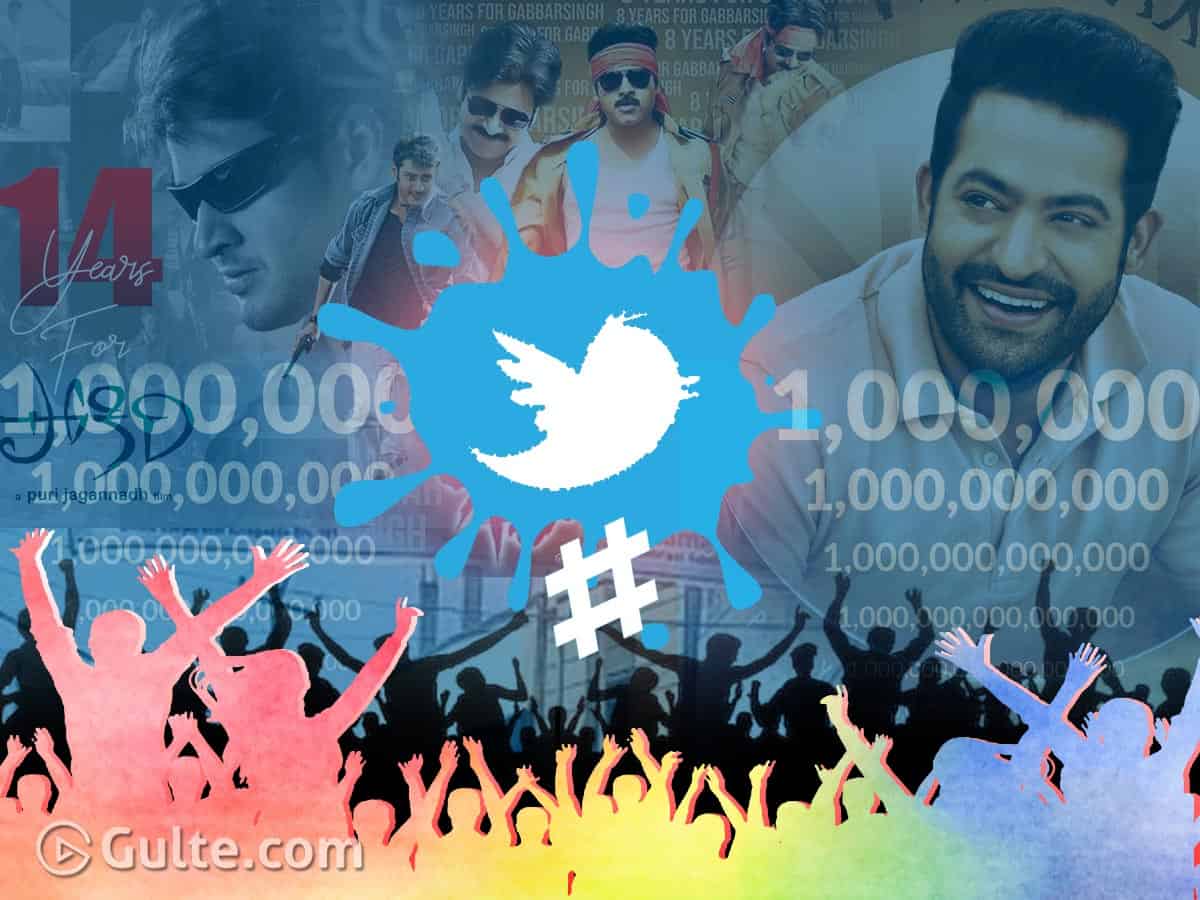 The days and center records of movies are long gone. Now it is a break time for those first-day record openings and full run collection records of star heroes’ films. Then what is left for fans of star actors to celebrate, enjoy the kick with a collar up and exhibit their fandom, when there are no releases in the lockdown time?

The new kick and excitement for star hero fans are all on social media. Amid the lockdown with very few updates on any film, the fans and admirers of heroes are trying to get an upper-hand over the other hero fans with the new trend of ‘trends’.

Be it the birthday, an anniversary of movie release, a common display picture, the retweets, and mentions of one particular hashtag before the day concludes are setting and breaking the records. The millions of tweets from die-hard fans are setting the hashtags on top trend for the day which is an achievement for their fandom.

There were a huge number of mentions on Twitter about Pokiri movie a few days back, then came Gabbar Singh on-trend for completing 8 years, followed by NTR’s common display picture before his birthday and then the tens of millions of tweets on his birthday. And it looks like the next big trend wave is going to hit the Twitter on some major announcements this month-end and birthdays coming up in three months from now.

Well, many fans of star heroes are enjoying their achievements in admiration but at times, it is going beyond limit as some of these fans are even spending large amounts of monies on bots (fake followers) and also campaigning the handles through less popular faces on Twitter.

This reminds a scene from Puri Jagannath’s Neninthe, but a fan’s prestige lies in the record he establishes with his favorite hero’s name on it.