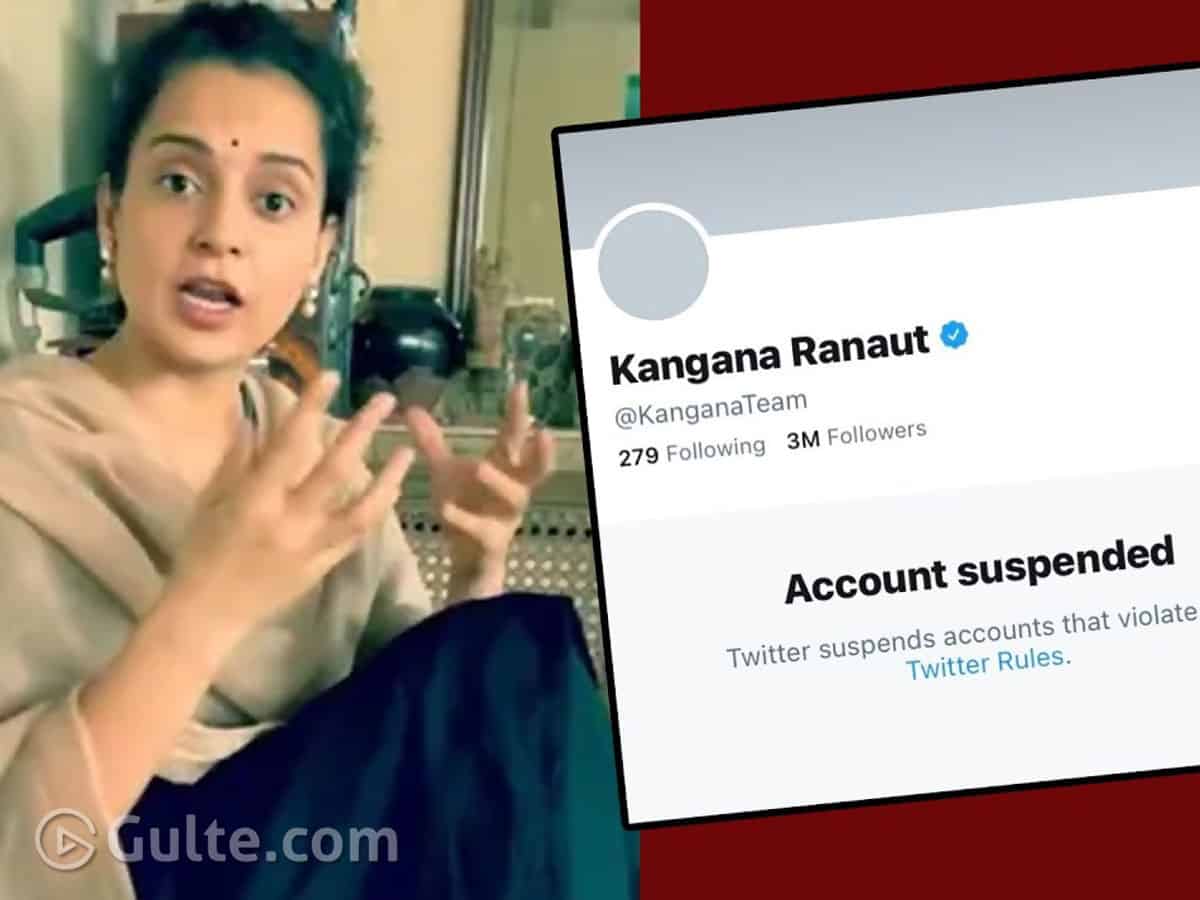 Kangana Ranaut is one of the star heroines in the Bollywood film industry who is awaiting the release of her new movie Thalaivi. For the past one year, she has been striking headlines for making comments that received backlash. The latest news is that the Twitter handle of the actress was suspended by the platform for violating the rules. Kangana’s handle was suspended now for posting a tweet that is inciting violence.

She has been actively debating about the violence taking place in West Bengal. The actress called for riots and requested PM Modi to show his strength in counter-attacking the goons. Kangana Ranaut has also demanded for President’s rule in West Bengal. Very often, she posts unverified and speculating tweets on her official handle. From time to time, she attracted a lot of negativity on social media.

Last year, Kangana’s sister Rangoli’s Twitter handle was also suspended for violating the rules. As soon as the news has come out, many netizens expressed their happiness for her absence on the platform. A few funnily remarked, “Kangana Ranaut tested negative for Twitter.”