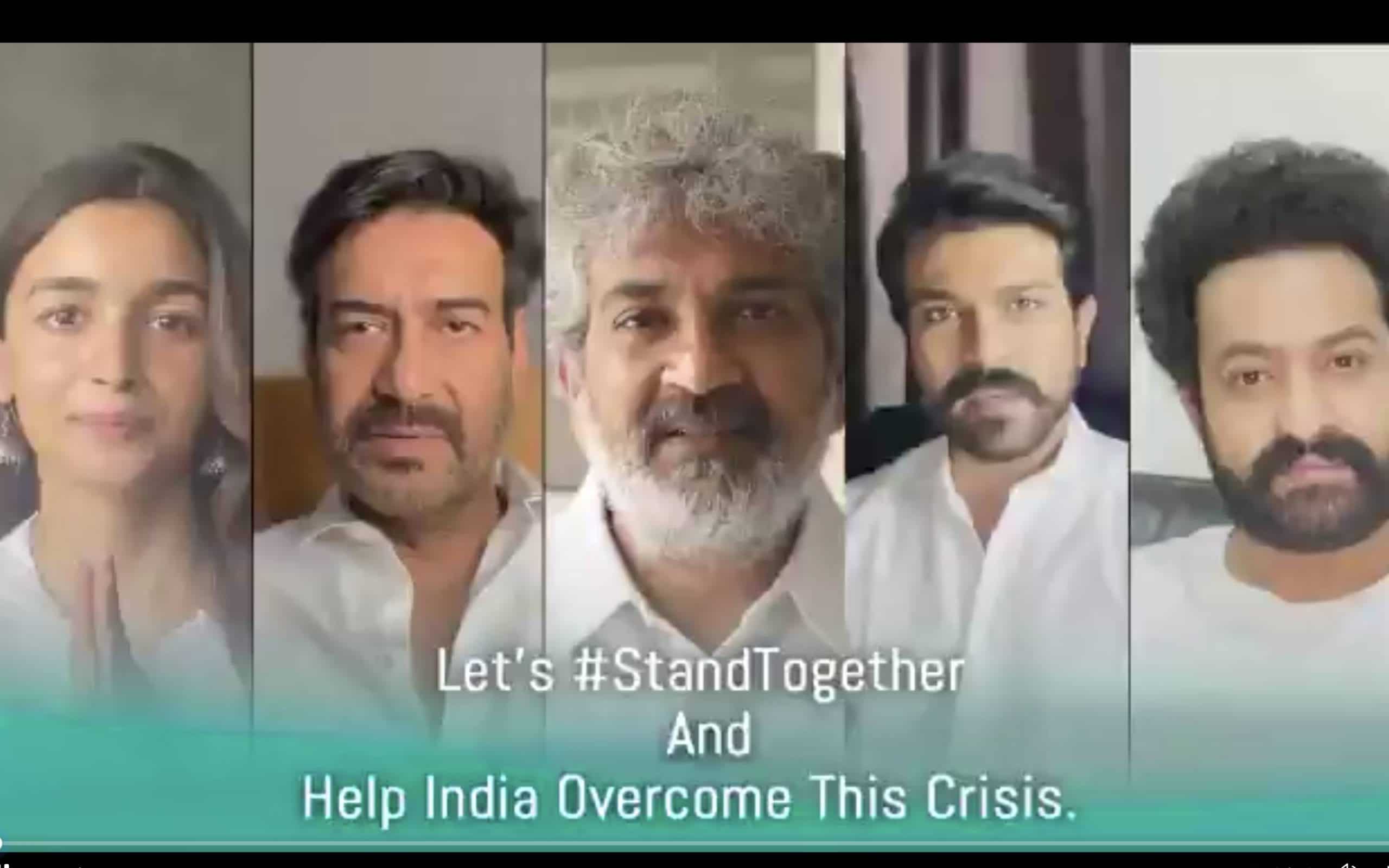 The magnum opus film RRR by the maverick filmmaker SS Rjamouli is undeniably one of the long-awaited films in India. The stellar team of the film shared a video on their Twitter space and Mega power star Ram Charan, Young Tiger Jr NTR, Alia Bhatt, Ajay Devgan and of course, our ace director Rajamouli stressed on the awareness of obeying safety protocols for our wellbeing in the crisis.

In the video, the team is seen united, speaking in various languages to reach a diversity of people across the nation. Alia Bhatt spoke in Telugu in a perfect dialect. And Ram Charn, Jr Ntr, Rajamouli in Kannada, Malayalam and Tamil language. And Ajay Devgn spoke in his mother tongue, the Hindi language. With this amazing gesture, a huge number of fans might get the proper message of staying safe and following basic guidelines in the pandemic.

They all urged people to wear masks and get vaccinated without fail. Sharing the video, Ram Charan wrote, “Wear a mask and get vaccinated when available! Let’s #StandTogether to stop the spread and save our country from #COVID19”.  The video is going viral on social media, grabbing every citizen’s attention irrespective of language and region.

RRR is a historical fiction that makes Ajay Devgn and Alia Bhatt’s Telugu debut. The much-anticipated click is based on two well-known revolutionaries from the pre-independent era. The film is produced by DVV Danayya.