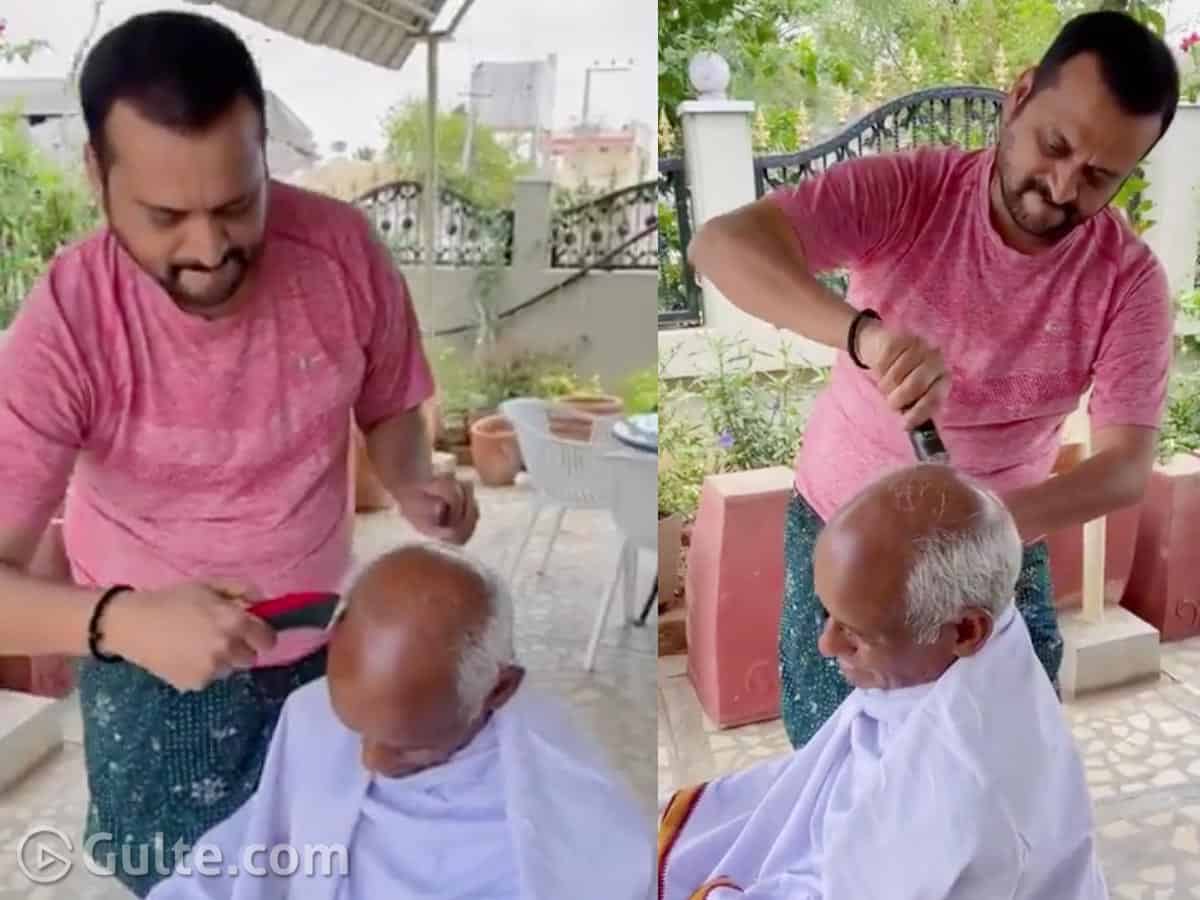 Blockbuster producer Bandla Ganesh recovered twice from COVID-19. With the COVID scare around and also going through a personal crisis, the producer decided to not travel to the city frequently. He has been staying at his home in Shadnagar. He put all his works on hold and is spending time with family. Now, he turned barber at home.

Bandla Ganesh took to his Twitter profile to share a video of him setting his father’s hair-style. He fit himself in the shoes of a barber to perform a hair cut with a trimmer. Along with the video, he wrote, “Amidst CORONA scare, I performed hair cut to my father at my home in Shadnagar.”

Bandla Ganesh is staying away from both acting and production. The last time we saw him at a public event is during the pre-release event of Vakeel Saab. The industry buzz is that Pawan Kalyan has given consent to be a part of Bandla Ganesh’s comeback film as a producer. However, the official details are awaited.