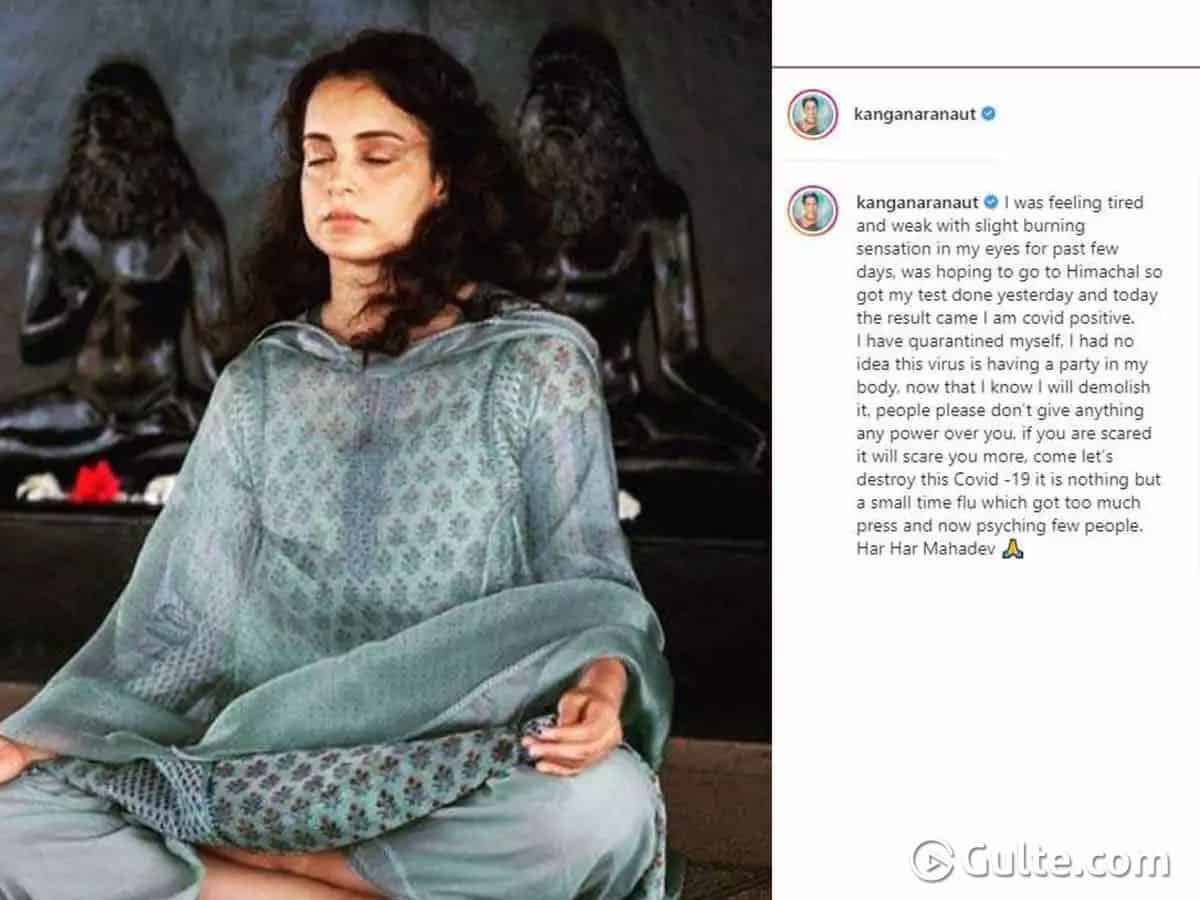 Following Twitter account suspension, actress Kangana Ranaut received a shock from Instagram as it deletes one of her recent posts where she spoke about demolishing Covid. Kangana made a mocking remark on Instagram saying there is a Covid fan club.

“Instagram has deleted my post where I threatened to demolish Covid because some were hurt. Matlab terrorists and communists sympathisers suna tha Twitter pe lekin Covid fan club awesome. It’s been two days here on Insta but don’t think will last here more than a week,” the actress wrote on her Instagram story on Sunday. She also added laugh emojis.

Later, Kangana also called covid as ‘a small-time flu’. It is absolutely appalling to label the virus as flu because we have thousands of people dying due to deadly virus and her sarcastic jibe is only proving her apathy towards the seriousness of the grim situation. Moreover, the health care system is crumbling and collapsing in these difficult times and the actress calling it just the flu has provoked people.

After being banned on Twitter, the actress now says that she will not last on Instagram ‘for more than a week’. Last week, Kangana’s Twitter account was permanently suspended for violation of the policies where she shared incendiary posts on West Bengal assembly elections. It was said that she has been suspended due to her ‘abusive behaviour’, encouraging riots and for showing hateful conduct. Now that Instagram post also been deleted, it is certain that Kangana will slam Instagram for a few more days in one way or the other.