The Wait Is Over. Money Heist Wraps Up Its Final Season 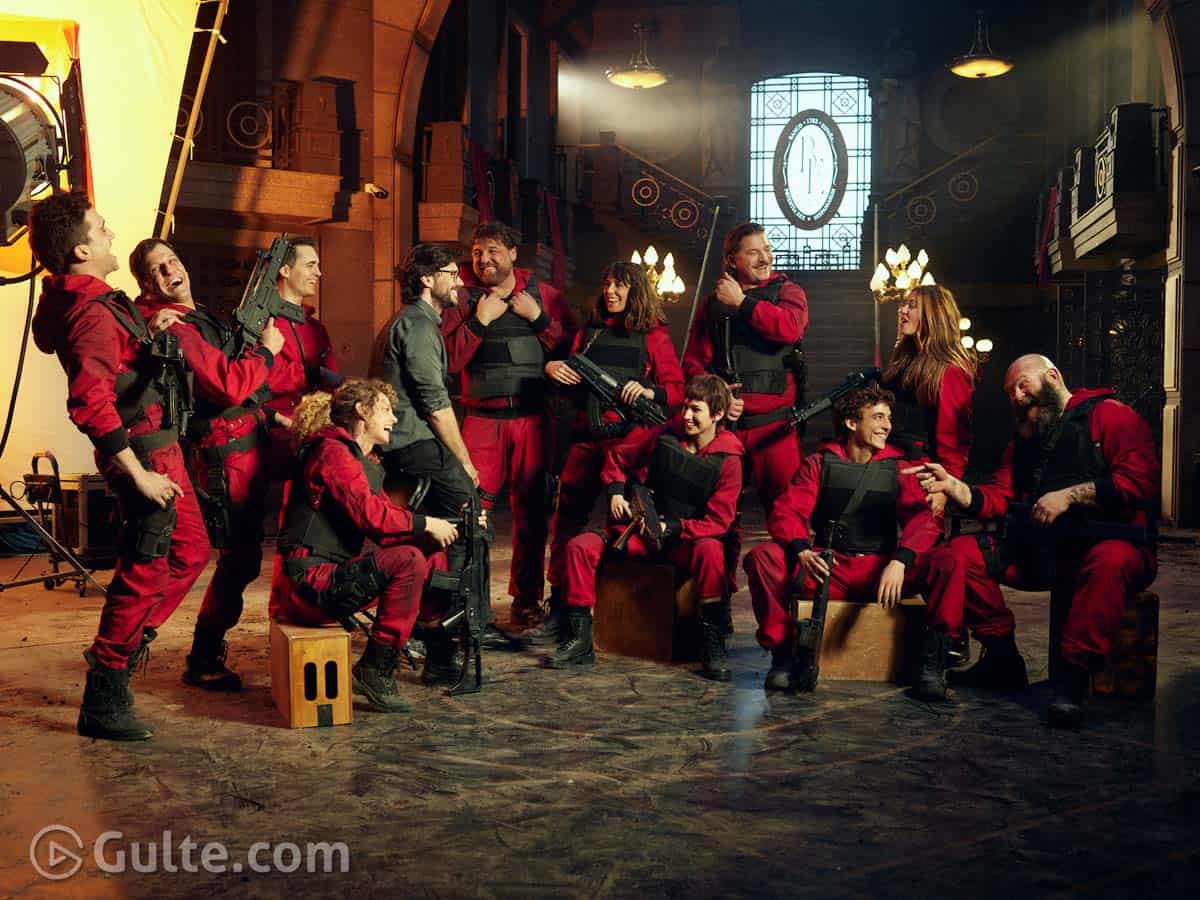 Money Heist has been a massive hit all across the World and has surprised everyone with its wild success. It has garnered innumerable fans who respect and adore the show. In fact, viewers are blown away by the twists and turns in it. The return of The Professor and his gang was indeed a reason for joy amid the current crisis and lockdown the world is dealing with.

The Good news is that the shooting for the fifth and final season of ‘Money Heist’ or ‘Le Casa De Papel’ has officially been wrapped up and Netflix announced on its social media handle on Friday (May 14). They also shared a photo of the final active cast smiling happily in their iconic red jumpsuits. “What started as a heist, ended as a family. It’s a wrap on Part 5 of La Casa de Papel/Money Heist. Thank you to all the fans for being part of La Resistencia (the resistance)! We can’t wait to show you how this story ends,” Netflix wrote in its post.

Currently, Money Heist holds the record of being the most-watched non-English title on Netflix. Season 5 will have 10 episodes and will mark the end of the gang’s ongoing robbery at the Bank of Spain. The show deserves such hype as the audience was left astounded to see how brilliantly the makers have shot many tough scenes like Scuba diving in the gold vault and the money shower scene. Also, Bella Ciao has become the official anthem of the show and it still lingers on our minds.

The creator and the executive producer of Money Heist, Alex Pina said, “We’ve spent almost a year thinking about how to break up the band. How to put the Professor on the ropes. How to get into situations that are irreversible for many characters. The result is the fifth part of La Casa de Papel. The war reaches its most extreme and savage levels, but it is also the most epic and exciting season.” The final season will have two new characters introduced. And, everyone’s favourite character Nairobi who met her demise in the previous season has been listed to appear in season 5, E1. This means, despite her death, we might be seeing more of her in season 5, either through flashbacks or just repeats.