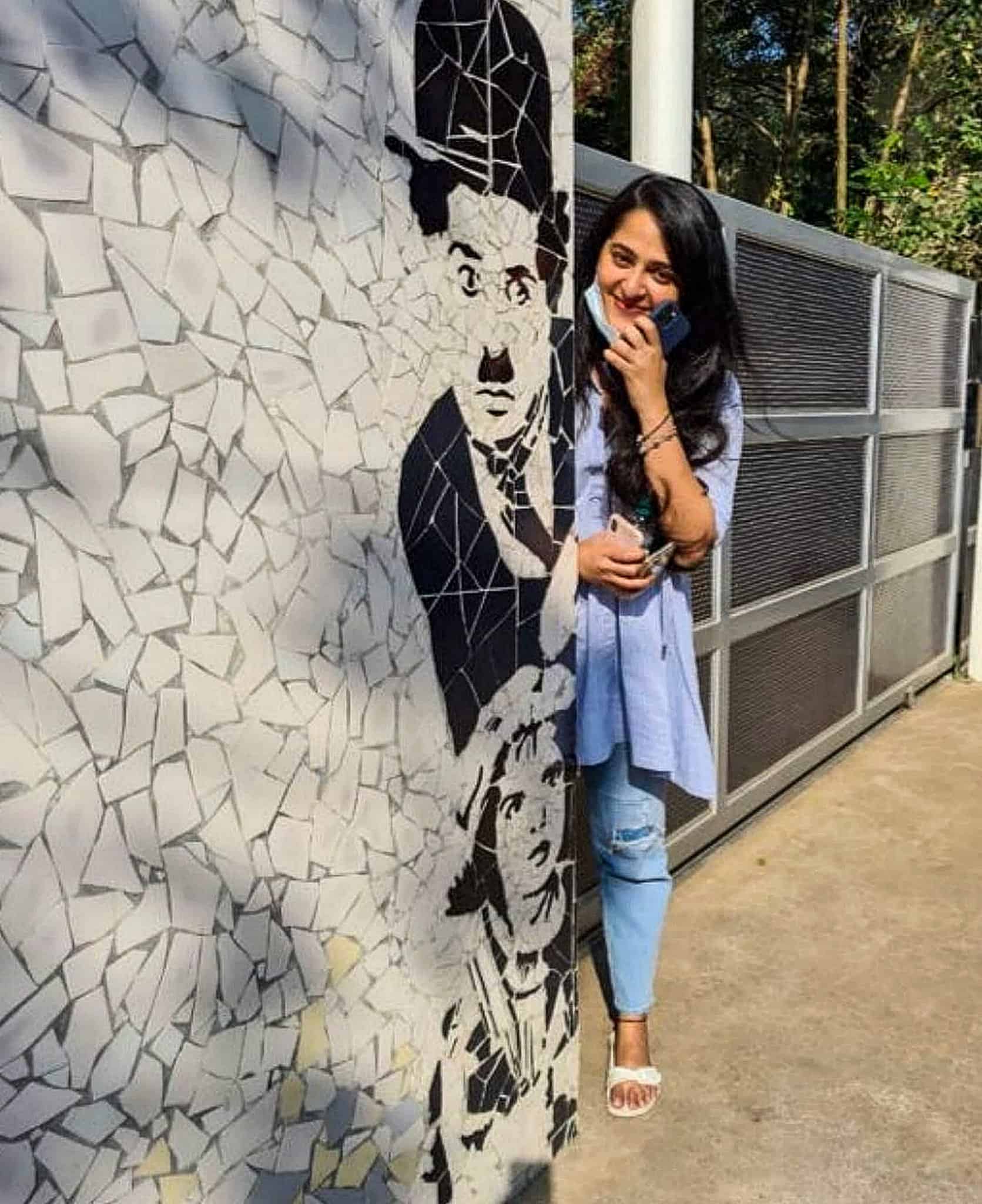 For the past couple of days, Anushka Shetty’s close up picture, where she is seen sporting a cute smile in a high bun and fuller cheeks took the internet by storm. And today, the actress is once again grabbing all the undivided attention with another viral picture. This time, Anushka’s simplicity added appeal and charisma incessantly and even without posing grand, the actress has everyone’s eyes on.

Anushka posed beside a mosaic wall which has the famous painting from The Kid movie (1921) where Charlie Chaplin and the kid peeks behind the wall. Along with Charlie’s hilarity and the kid’s cherubic charm, Anushka is also seen peeking at the camera while standing partially behind the wall. Her playful and cute smile is once again melting our hearts and Twitter is figuratively filled with this new picture with fans posting and praising her out-of-world beauty.

Anushka wore ripped denim and a blue knee-length top, standing there with all grace and serenity. Despite no movie updates and no social media updates from her, it is indeed commendable to see how Anushka is trending with just a single picture. To much surprise, this woman has the power to swoon us even in her casual wear and no makeup.