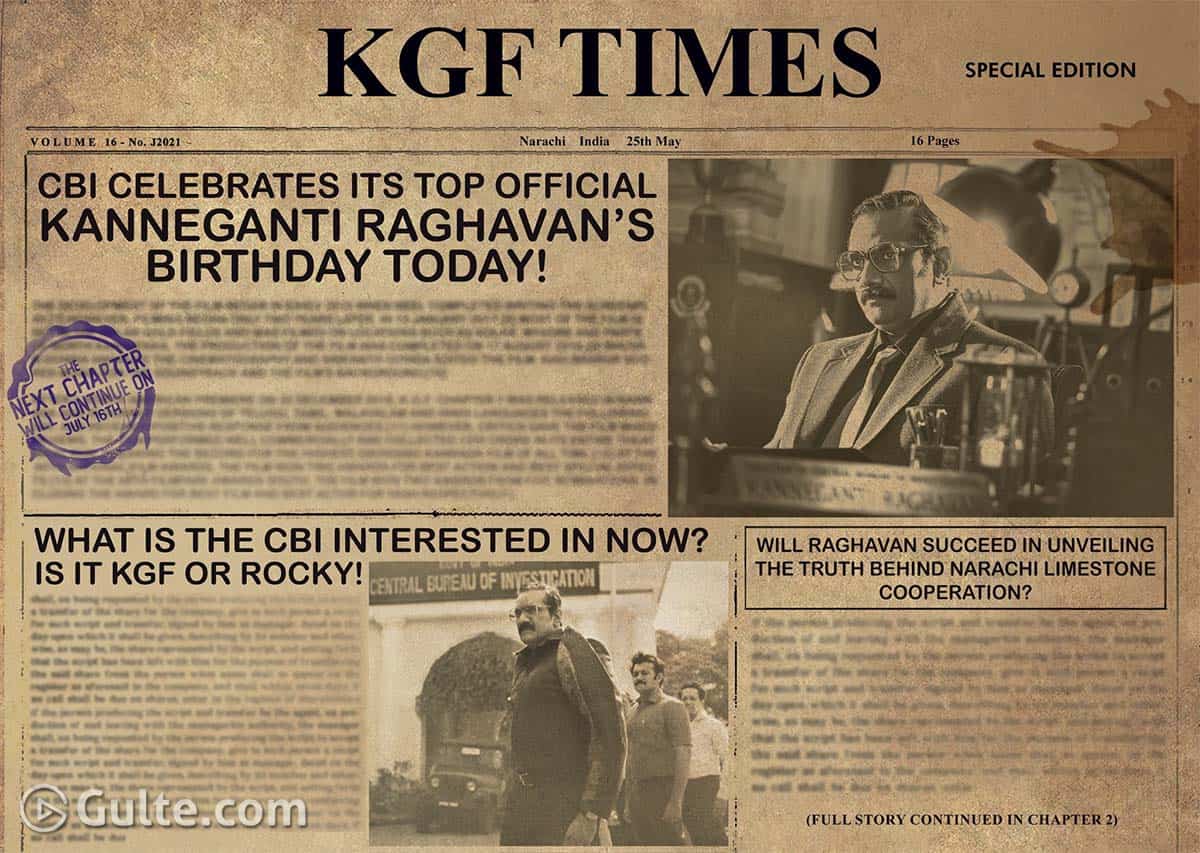 Senior character artist Rao Ramesh plays a very important role in KGF: Chapter 2. The actor will be seen as Kanneganti Raghavan in the film and he will be seen as a top official from CBI. On the occasion of the actor’s birthday today, the film unit revealed his look and dropped hints about his character in the movie.

In the newspaper article, we see different headlines as follows.

What is the CBI interested in now? Is it KGF or Rocky?

Will Raghavan succeed in unveiling the Truth behind the Narachi Limestone Corporation?

All these news headlines are published on the front page of the KGF Times.

Going through these headlines, it is very clear that Rao Ramesh grabbed a very important role in the film. If his role clicks well, he will be flooded with more offers from Kannada, Tamil, and even Hindi languages. We are sure that he has given his cent percent effort to the film and let us wait until the film’s release to witness his full potential.

The film is scheduled for a grand release in July but the makers are likely to postpone the film’s release owing to the pandemic.