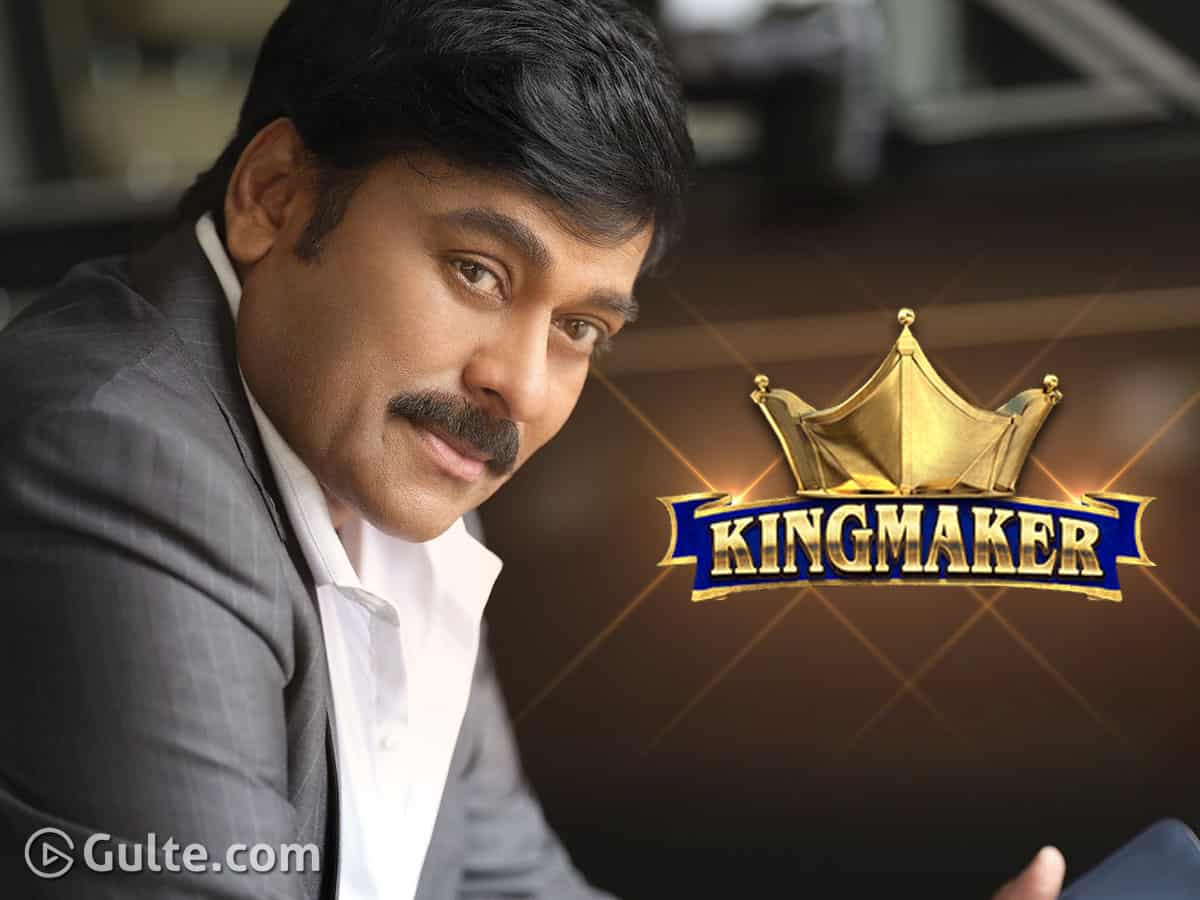 Chiranjeevi’s Acharya might have been delayed owing to Covid-19 pandemic first and second wave. Mega Star is busy prepping up for his forthcoming projects.

He is going to work on the Telugu remake of Mohanlal’s Malayalam blockbuster Lucifer. Latest buzz is that the film would be titled Kingmaker. It is heard that this title would be a catchy name and also apt for the story. Given this, Kingmaker is mostly confirmed as the film’s title.

Currently in the pre-production phase, script work is going on. Chiru has suggested some changes in the remake and director Mohan Raja is working on and fine tuning the script to match the nativity of Telugu audience.

While rumours had surfaced that Mohan Raja would be replaced, it is learnt that Chiru may continue with him. An official announcement on the title and the project is awaited after the pandemic ends and situation becomes normal.

Director Koratala Siva revealed that 10 days shooting of Acharya is pending. Chiru and Charan will wrap up the pending portions after shoot resumes. Post this, Chiru would move onto Lucifer remake (Kingmaker). Charan will be busy with RRR shoot.