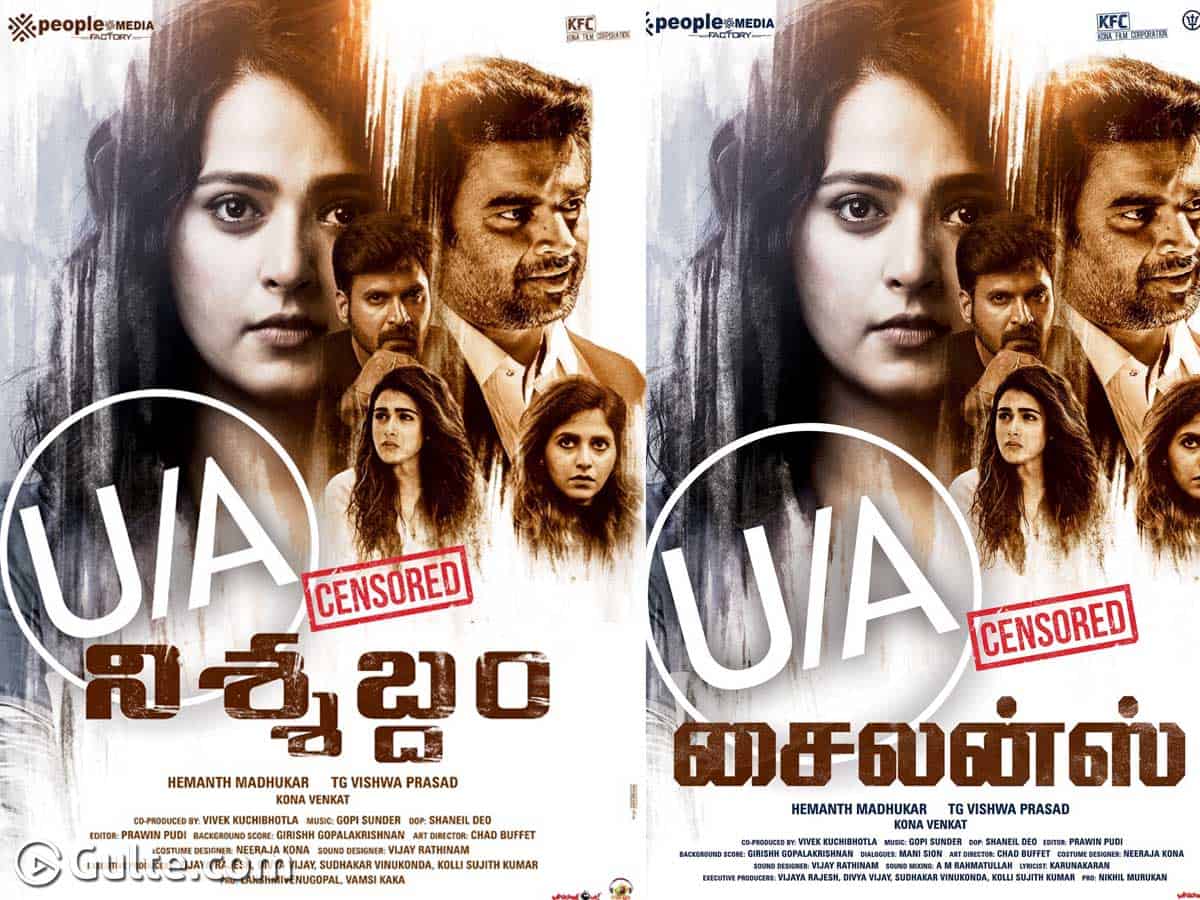 The noted films which were ready long back with release date and remained in all rumors about OTT release since the beginning of the lockdown are Ram’s Red, Nani’s V, and Anushka’s Nishabdham. There are many rumors that these films are gearing up for an OTT release to cut down the huge losses due to delay in release.

But, producer Kona Venkat put down the rumors by clarifying that the team Nishabdham is looking forward for theatrical release. But the rumor popped up yet again. The reason is the sudden censor.

Nishabdam went for censor viewing and is certified U/A, both for Nishabdham and Silence (Tamil). Film’s director Hemanth Madhukar revealed it saying that he is overwhelmed by the response of the censor board members. He also thanked them for their ‘advice’ to release the film first in theater.

Though the director mentioned the ‘theater release’ once again, all the speculations began about Nishabdham’s release on OTT, just because of getting the movie censored all of a sudden while there is not even a clue on when the theaters are opening.