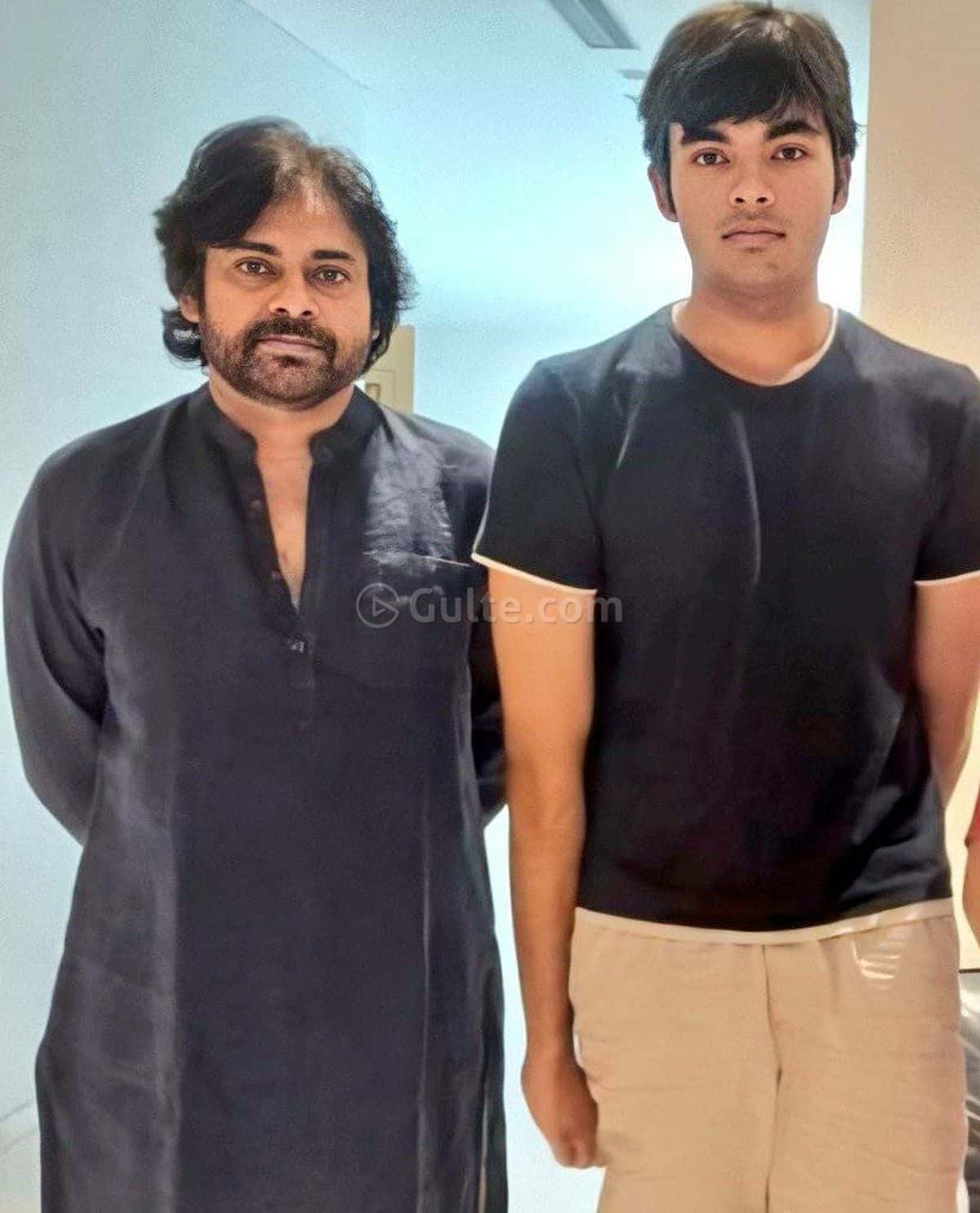 A picture of Powerstar Pawan Kalyan along with his Akira Nandan has surfaced on social media and this is going viral. In this picture both Pawan and Akira are seen next to each other and also a woman whose identity is not known.

Probably it’s the first picture of the father and son after a long time. Spotted in beige coloured shorts, Akira has innocent looks but his tall built personality will be an asset for him if steps into films in future. In his teens, Akira almost looks like Pawan.

Meanwhile Powerstar fans are going gaga over this picture and pouring down the picture with likes and widely sharing among their fan groups. The hashtag #AkiraNandan is trending on top on social media.

Also it’s the first picture of the Jana Sena chief who recently recovered from the Covid-19. He is yet to recover completely and is taking rest at home as per the doctors’ suggestions.

Pawan is expected to take another couple of weeks before he returns to work.