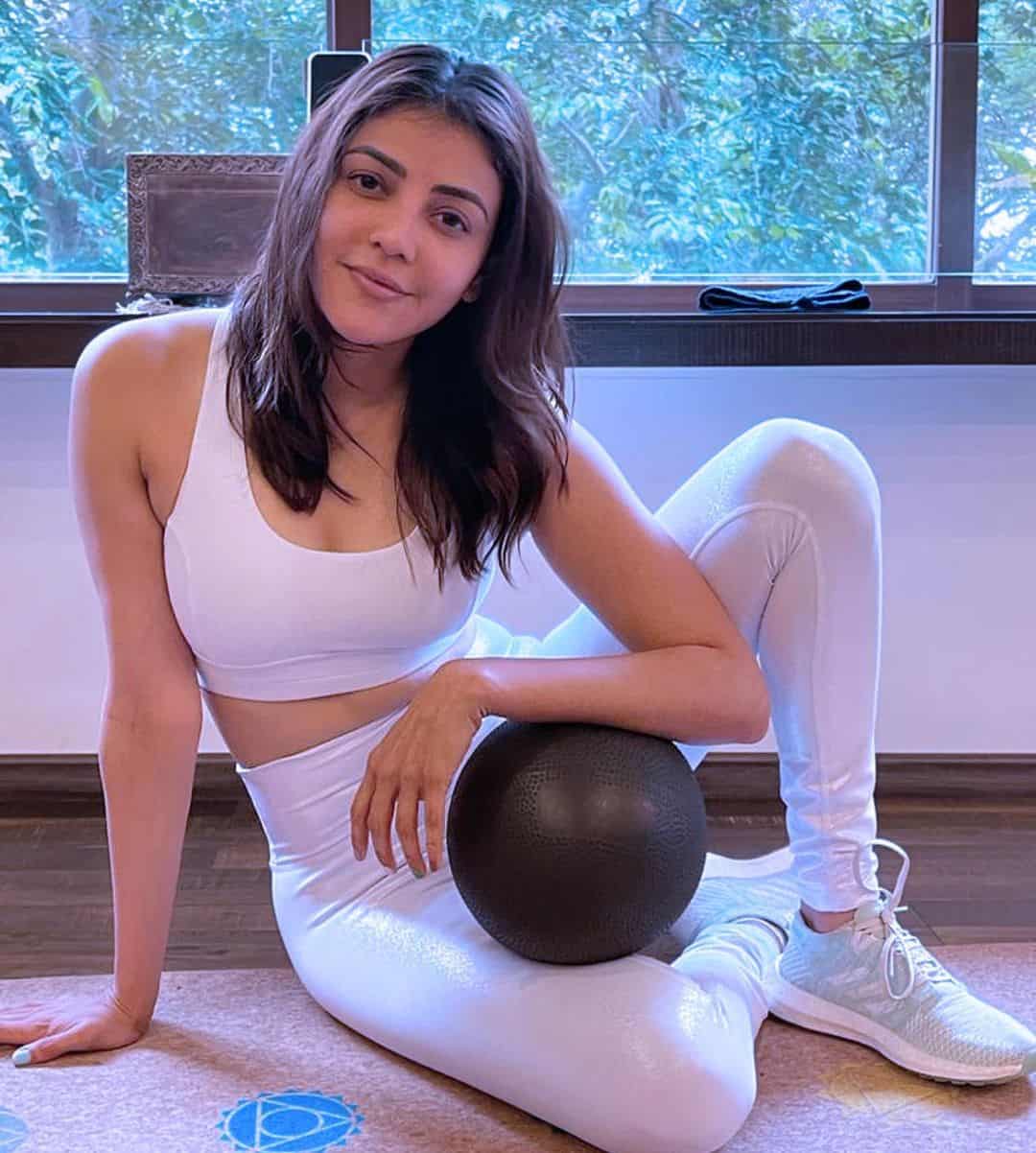 Kajal Aggarwal is one of the few luminaries who can carry a movie to a box office glory in a jiff. In addition to her acting prowess/mesmerizing performances, Kajal is someone who does not shy away from living a different life in the face of challenges and learning daily life experiences, which is quite vivid with her Instagram posts. The latest post of hers speaks the same as the actress posted a motivating quote along with her stellar picture.

Kajal posted a picture of her clad in premium activewear, probably shot in sweat sessions. She wore white heard-turner leggings and a sports top while holding a medicine ball. The actress also teamed the look with striking sneakers, giving an ultimate woman power look. “You Live. You Learn you upgrade” captioned the actress for the image.

As Kajal said, let us surround ourselves with hard work, set goals and crush them with our sedulous efforts in order to upgrade. Kajal’s picture gives us mood-boosting energy who looks smouldering hot in fashionable athleisure. So fashionable that it inspires us to ditch your schlumpy sweats and tees.

On the professional front, Kajal is a busy bee with Chiranjeevi’s Acharya and Nagarjuna’s untitled action thriller. The films are being directed by Koartala Siva and Praveen Sattaru respectively. Kajal is also busy in Bollywood with the film titled Uma, directed by ad filmmaker Tathagata Singha.