Why Is Allu Arjun Missing In Mega Photo Grid? 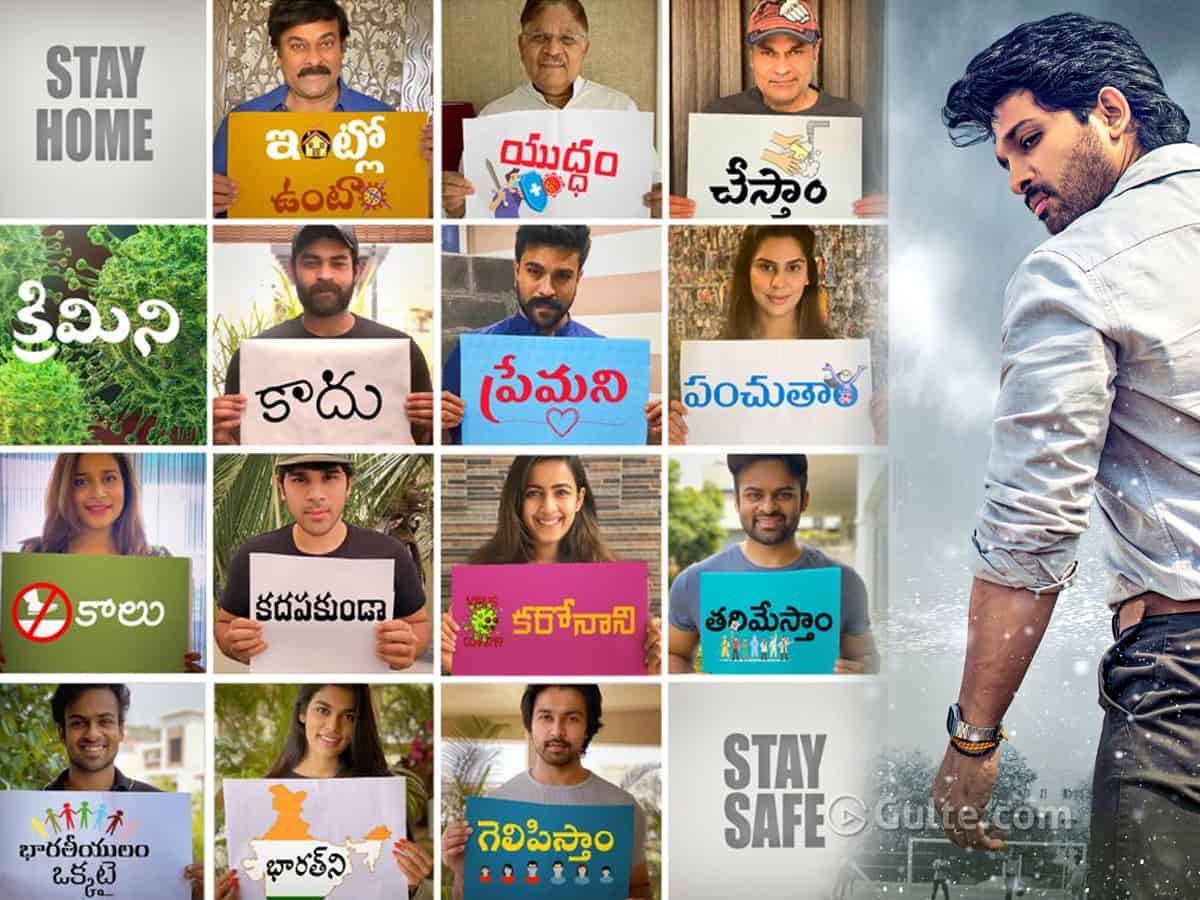 Once again, the topic of Allu Arjun came to the fore when the whole of Mega family including the newbies like ‘son in law’ Kalyaan Dhev and upcoming hero Vaishnav Tej featured in the mega photo grid that was shared by the whole of mega family members where they held a placard each with a word, and all the words turn into a Covid-19 related advisory.

And when fans questioned as to why Allu Arjun’s picture is missing from the photo-grid which has Allu Arvind and Allu Sirish’s pictures, some people close to the star hero revealed that the actor wants to safeguard his looks from ‘Pushpa’ movie. But with the first look poster of that film out already, there will be no relevance to that claim.

On the other hand, Allu Arjun hasn’t even shared the picture while his ‘social media savvy’ cousins including Niharika and others shared it along with Chiru, Charan and other biggies from the family. These are the things that upset mega fans, though Chiranjeevi has clarified recently that there are no issues between Konidela and Allu families.

Well, maybe Allu Arjun is busy with some other work or he might have wanted to share it a couple of days later rather the whole family flooding the internet with the same picture at the same time.