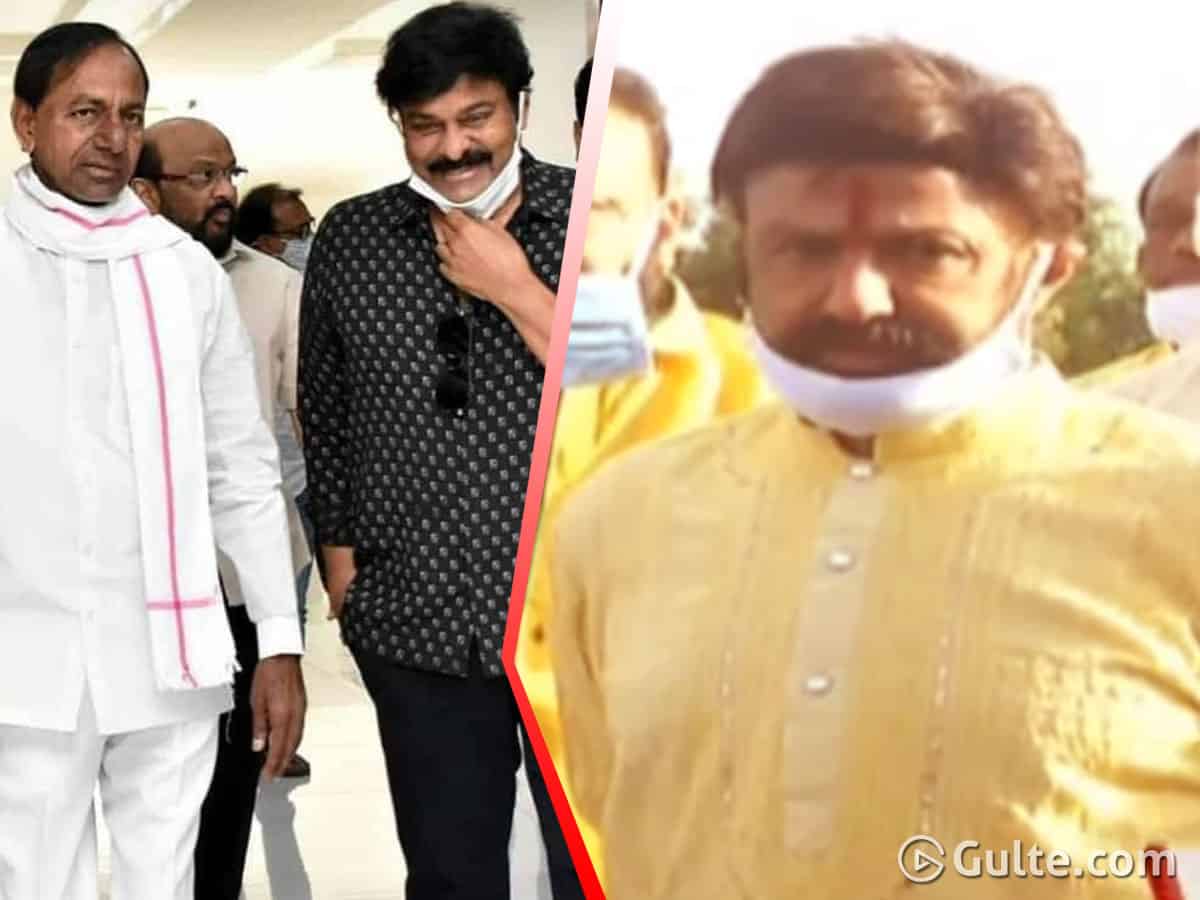 Since a week or so the biggies of Telugu film industry is holding talking with Telangana government on getting shoot permits and stuff. Megastar Chiranjeevi initiated this and formed a team and even took them to meet Telangana CM KCR.

Nagarjuna, directors Trivikram, Koratala Siva, producers ‘Dil’ Raju, Suresh Babu and many others director and producers were part of Chiru’s team. However this team had the absence of heroes like Venkatesh, Nandamuri Balakrishna and a few producers and directors.

A few celebs were upset that they were not informed about TFI talks with Telangana government. They expressed their displeasure that they are part of the industry since years yet they have no clue about TFI happenings. They questioned this impartiality.

This sparked a debate and just when this is likely to become an issue, hero Nandamuri Balakrishna’s comments became a talking point.

This morning Balayya reached NTR ghat and offered tributes to his father NTR. While speaking to the media, the presspersons asked Balayaa about TFI talks and in reply he said, “I have no clue about TFI talks with Telangana government. I learned about these developments through media.”

However, Balakrishna said the film industry is suffering huge losses because of the lockdown. “As the talks were held, even I’m waiting for the Telangana government’s decision. I hope the government will issue a special G.O on shooting and I urge them to permit shoots for films which have already begun. Also I request the government to support the cine workers. I can only say one thing that hereafter shooting will take place with social distancing and it will take some time to restore normalcy,” said Balakrishna.

Here Balakrishna did not make any controversial remarks but wished for the film industry to be back to its usual business. Despite being a top hero for years, Balakrishna is not at all upset with the happenings and his comments were matured. That’s why experience matters.