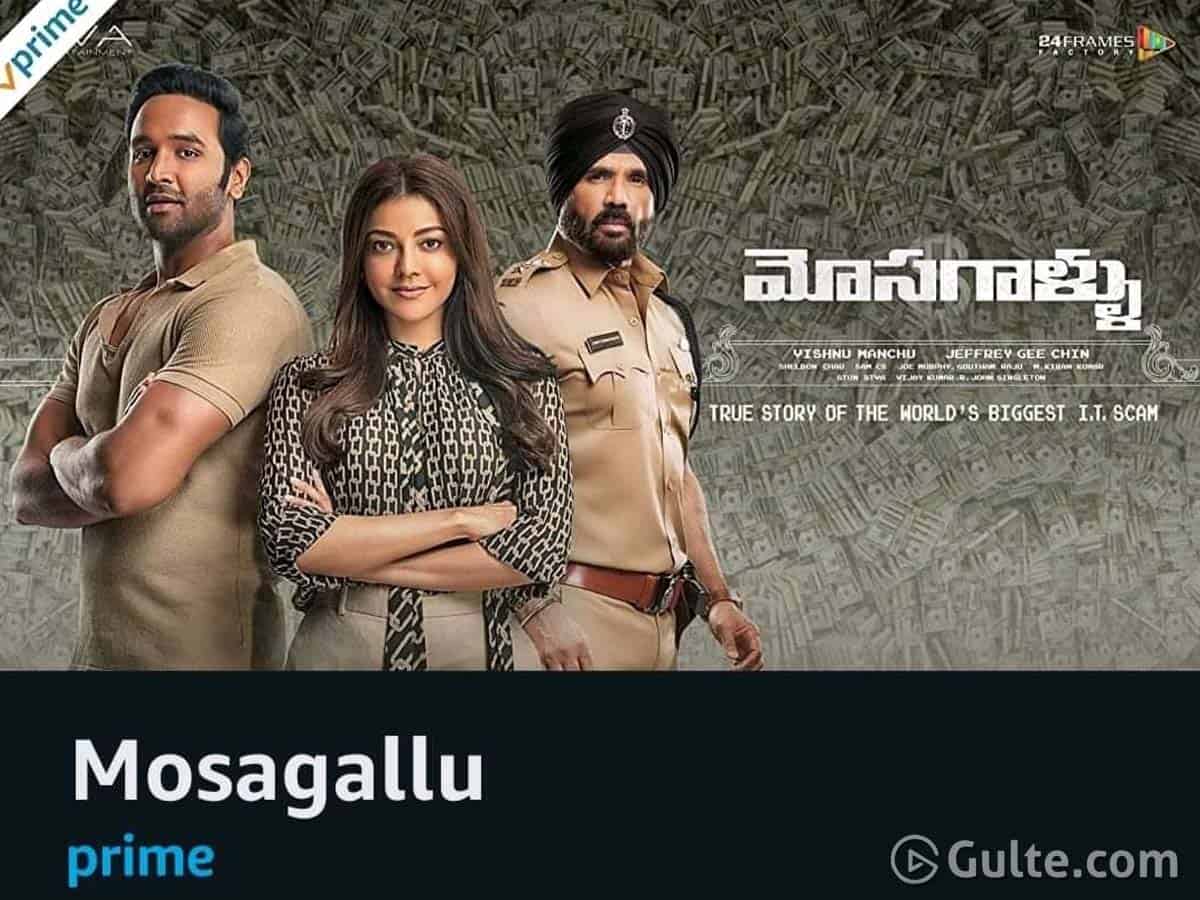 After a long gap, Manchu Vishnu made his acting come back with the cybercrime thriller Mosagallu. The movie was based on real incidents and it had hit the screens earlier this year. It received an average response at the box office. Now, the film has premiered on Amazon Prime Video.

Mosagallu revolves around the biggest IT scam that happened in India which resulted in a huge loss of US taxpayers’ money. Kajal Aggarwal played the female lead in it. Vishnu and Kajal were seen as siblings in the film. How these siblings ran such a huge scam forms the main crux of the flick.

Initially, the makers planned a pan-India release for this movie. However, the second wave of the coronavirus forced them to opt for only Telugu release. Even on Prime, the film is only available in the Telugu language.

Mosagallu featured Navdeep, Naveen Chandra, and Suneil Shetty in the other pivotal roles. It was directed by Jeffrey Gee Chin. People who have missed watching it in theatres can now catch it on Amazon Prime Video.