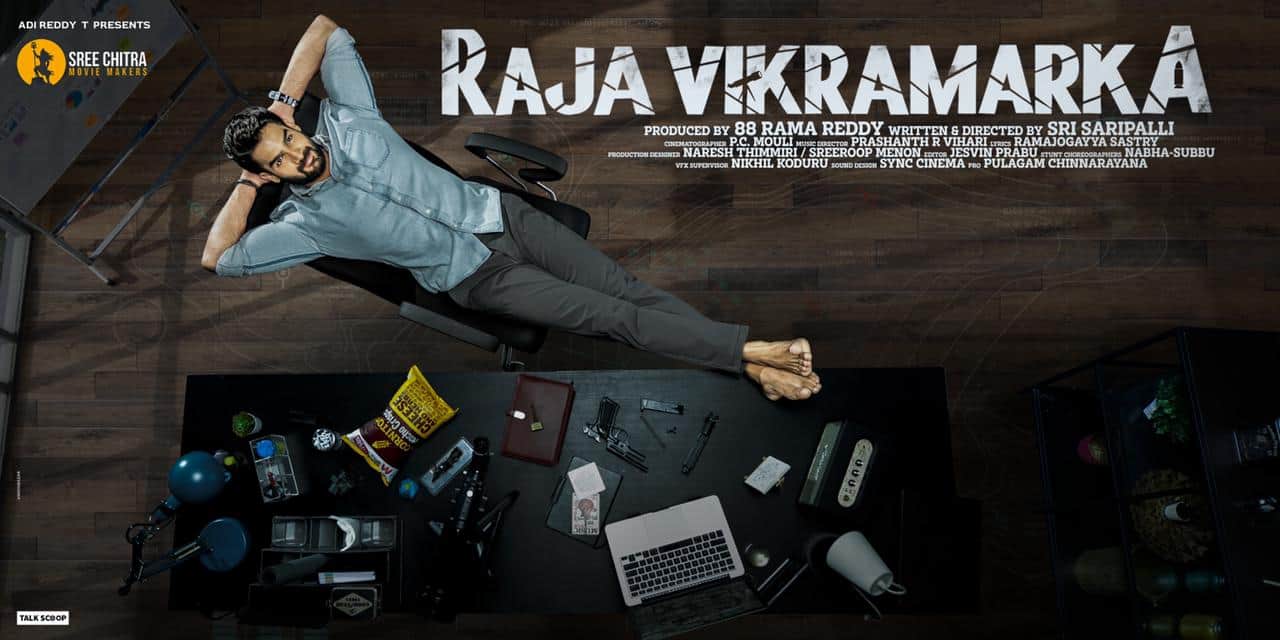 Kartikeya Gummakonda is taking the action route for his next film. He is playing an NIA officer in the intense action thriller.

Sensational director Sandeep Reddy Vanga unveiled the title and first look poster of the film today and it appears to be an interesting one.

Kartikeya looks all things dynamic and manly in the poster. The film has been titled Raja Vikramarka and the same is publicized through the poster.

Raja Vikramarka is billed to be a sleek investigative thriller. Debutante Sri Saripalli is directing the actioner which stars young actress Tanya Ravichandran in the lady lead role.

88 Rama Reddy is producing the film and Adi Reddy T is presenting it. More details about the project will be out in the due course.