Mehreen Pirzada Is Fabulously Chic In A Yellow Frock 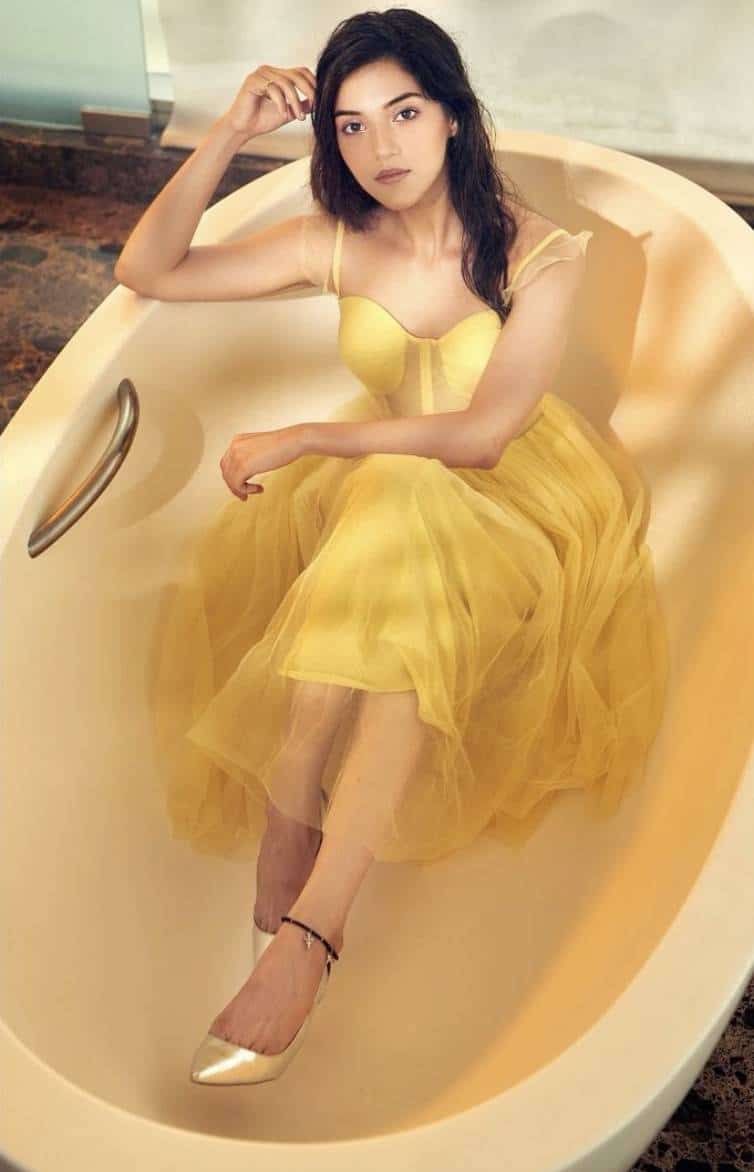 Actress Mehreen Pirzada looks eternally chic in a canary yellow coloured organza frock, posing profoundly in a bathtub. The sweetheart neckline accentuates the décolletage and gave the actress a longer and leaner appearance. In addition, the outfit is nothing short of flattering on Mehreen’s body type.

“You are more beautiful than you know. and that in itself, is beautiful,” captioned the actress for the picture. She donned suave mauve lip colour and wore golden stilettos, adding an oomph factor to the magnificence. She channelled a chic vibe with gorgeous organza clothing looking like a dandelion.

The actress, who was to get married by now this year, pushed forward for a while and has signed a film in Maruthi’s directorial, besides long-awaited F3. The film will feature Ek Mini katha fame Santosh Shobhan alongside Mehreen.