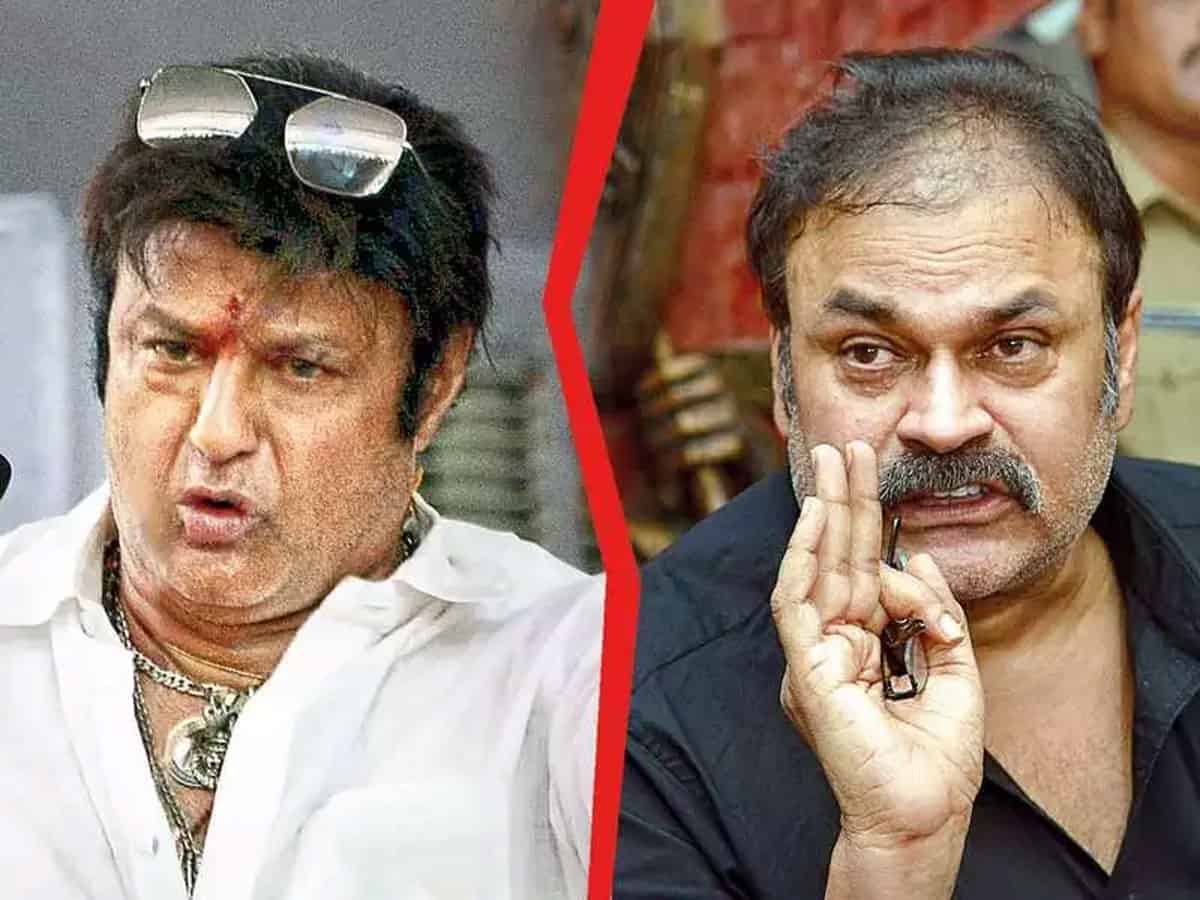 Telugu film industry has been drastically hit due to Covid-19 pandemic. The industry has come to a grinding halt and it’s unclear as how long it would take for it to bounce back to normalcy. Yet, notwithstanding this quandary situation, the differences between actors of top families continue to come out wide in the open.

The other day nasty comments of Balayya and the provoking counter by Naga Babu have resurfaced the war between Mega and Nandamuri clans. What’s common in both Balayya and Naga Babu is their uncontrollable anger and fit of rage reaction. While Balayya had maintained his calm and composure in the morning when media had asked him about the shooting, he had lost his cool in a couple of hours.

He rued that he wasn’t invited for meeting with CM KCR. It would had been good had Balayya stopped it there. But Balayya did cross his line and went to accuse the industry bigwigs for lobbying for lands from government. This naturally hasn’t gone down well with the industry persons who all had attended KCR’s meet.

However, surprisingly, producers like Suresh Babu haven’t responded to Balayya’s comments and other producers like Dil Raju , Allu Aravind and others have stayed silent. Whereas Naga Babu who is no where directly related has taken it up and made it even more spicier by giving strong counter to Balayya. He had asked Balayya to control his tongue and even demanded an unconditional apology to Telangana state government.

Naga Babu didn’t stop there. He asked whether this is the respect of Balayya towards film industry. Naga Babu had further raked up the topic of “real estate business” and alleged that the previous government in AP was the one who did it. By saying so, Naga Babu had indirectly attacked Balayya and his brother-in-law Chandrababu Naidu and his son-in-law Nara Lokesh who were part of the previous government.

Now, Naga Babu’s comments have heated up the atmosphere. Both Balayya and Naga Babu have lost cool. And this is not first time for both. While Balayya had lose his cool several times before and even caught directly on camera, Naga Babu too stroked controversies before owing to his foot-in-mouth disease. Had these two actors controlled their emotions and their emotionally-charged behaviour for sometime, the whole situation would have cooled up.

As Chiru himself had earlier dubbed Balayya’s nature as “Chinna Pillala Manasthatvam (Children’s Nature), Naga Babu should had left it like Chiru and others. It would had cornered Balayya. Whereas by reacting to Balayya, Naga Babu had made it a debating point.

Let bygones be bygones. At least, both Balayya and Naga Babu should leave their charged behaviour and should cool down from now on wards. The duo should be calm and peaceful as there are many others in T-town who will handle the crises and issues effectively. Making such statements and comments would only widen the gap but it won’t bring in any solution. Balayya should have directly spoken to the concerned people with whom he had issues rather than taking to media and resorting to a controversy. This is not the time where industry folks should fight with each other. Instead one should all join together and fight against Corona Virus pandemic. It’s time for unity.