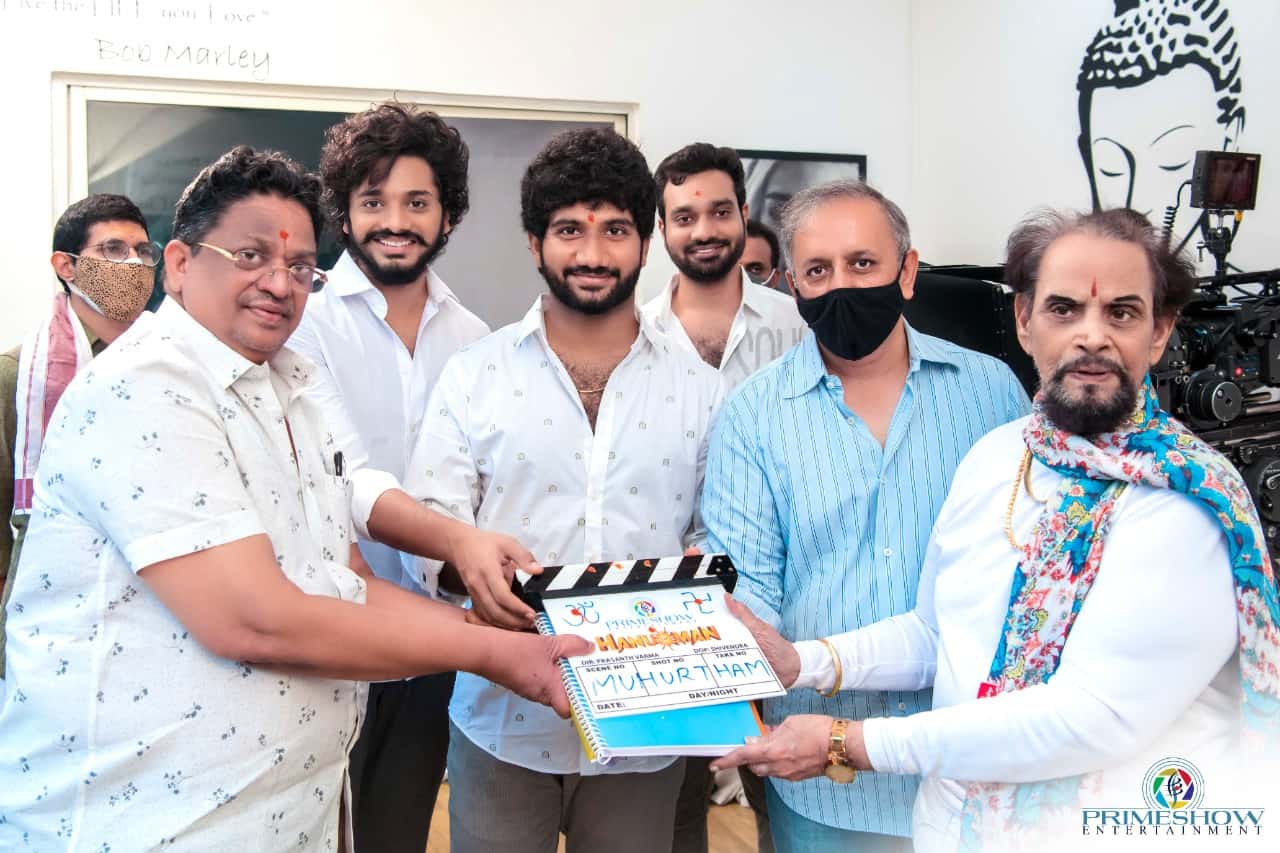 Director Prashanth Varma for his most ambitious project Hanu-Man will be joining hands with his Zombie Reddy hero Teja Sajja. As is known, Hanu-Man is a superhero themed film with original content.

Hanu-Man opening took place today with pooja ceremony. MM Keeravani’s father and veteran writer-director Shiva Shakti Datta directed the first shot for which camera was switched on by Gemini Kiran and the clapboard was sounded by C Kalyan.

Teja seems to have undergone remarkable transformation to play the superhero in Hanu-Man. The actor who looked like a boy next door in his previous film has turned virile now. He sports a different hairstyle, mustache and beard.

Films of these kinds require massive investment and Primeshow Entertainment will be making it on uncompromised budget to offer a visual extravaganza to the audiences. Dasaradhi Shivendra will crank the camera.

The film’s regular shoot commences from next month.