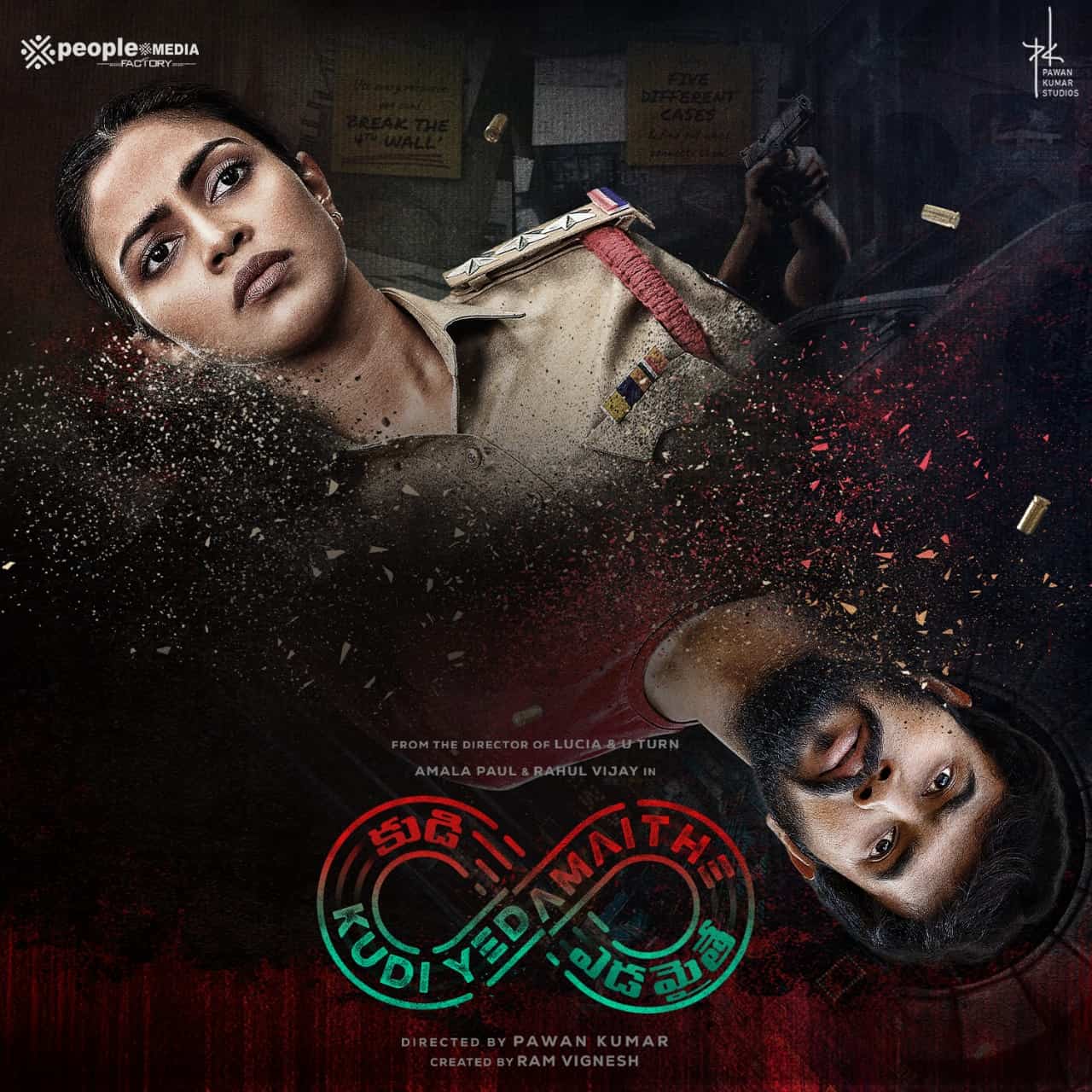 Probably Aha is the busiest platform these days. Every week Aha is providing fresh content to its subscribers and soon there are going to enthral us with a sci-fi crime thriller web-series.

Titled ‘Kudi Yedamaithe,’ it will feature Amala Paul and is being directed by Pawan Kumar of Samantha’s ‘U-Turn’ fame. “Excited to announce my next- #KudiYedamaithe & need I say, you’re gonna be intriuged? The thrill begins soon,” posted Amala on social media.

“#KudiYedamaithe – The Telugu Web Series I directed is soon going to be released on @ahavideoIN. The series is written by Ram Vignesh. Glad to have worked @Amala_ams @ActorRahulVijay and the rest of the cast n Crew. Can’t wait to bring it to you all soon,” added the director Pawan.

The official promo shows Amala in police uniform and probably this is for the first time, she wore the khakhee outfit.