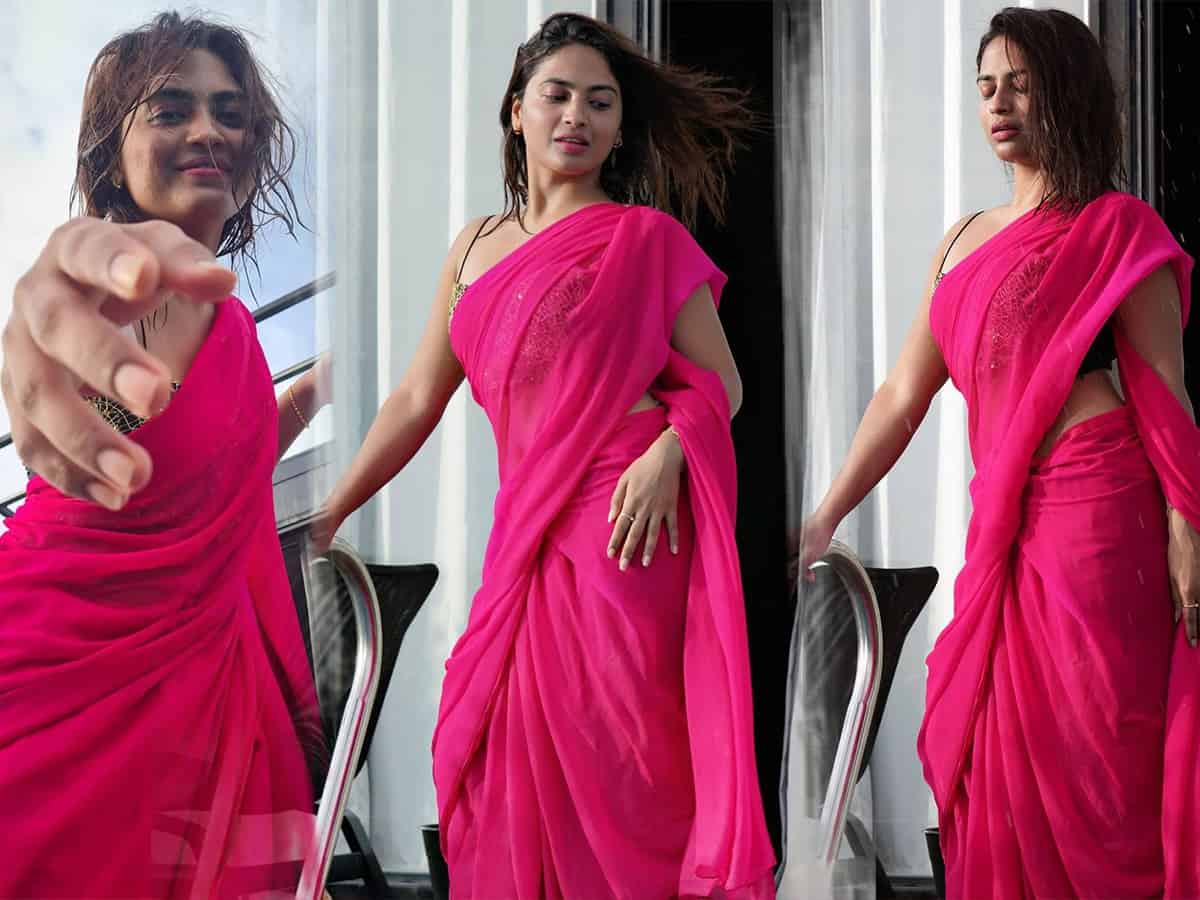 Hyderabadi girl Alekhya Harika shot to popularity with her Youtube channel Dhethadi. Slowly, she ventured into the feature film and television arenas as well. Harika got huge fame with Bigg Boss season 4 which was held last year. She was one of the finalists of the season.

After Bigg Boss, Harika became much busier in web space and amassed a huge following in social media as well. The 23-year-old actress is known for sizzling in glamorous outfits but she proved that she can slay in traditional dresses too.

Recently, Harika shared a photo of herself getting drenched in rain. She is wearing a pink saree complemented with a black sleeveless blouse. With the trendy saree and wet hair, Alekhya looks hotter than ever. Even netizens are flattered by her beauty. “Just Slay,” she captioned the picture.

Apart from Dhethadi videos, Harika is also acting in the web series ‘Evandoi Owner Garu,’ which streams on Youtube.