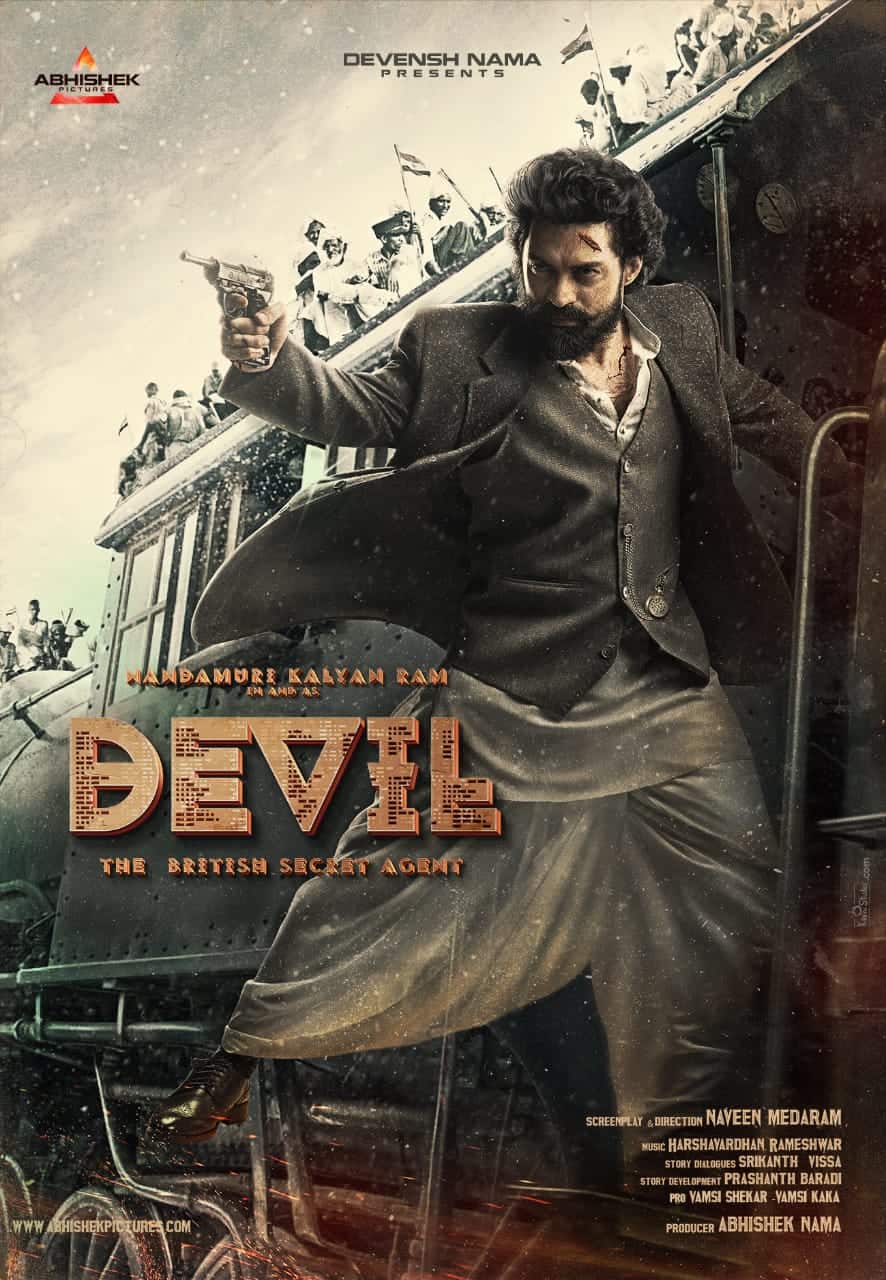 Hero Kalyan Ram has done several different genre films. But, his next film under the direction of Naveen Medaram titled Devil will be much bigger in terms of its content, scale, and technical standards. The film comes with the caption The British Secret Agent.

Marking Kalyan Ram’s birthday, makers of the film have unveiled first look poster and also motion video. The actor underwent remarkable transformation to play the British Secret Agent and his dressing and look are in perfect sync with the trend in 40’s.

The poster seems to be from a high intense action sequence, since we can see injuries to Kalyan Ram and he holds a short gun in his hand.

The story dates back to 1945 and is set in the backdrop of Madras Residency Of British India. Kalyan Ram is in the trap of love and disloyalty and the dark mystery he tries to resolve has the potential to change the course of history.

The Pan India film has story by Srikanth Vissa, while Abhishek Nama will produce it on Abhishek Pictures banner. Harshavardhan Rameshwar scores music for the flick.