9 years of Eega: Here’s an update on Eega Sequel 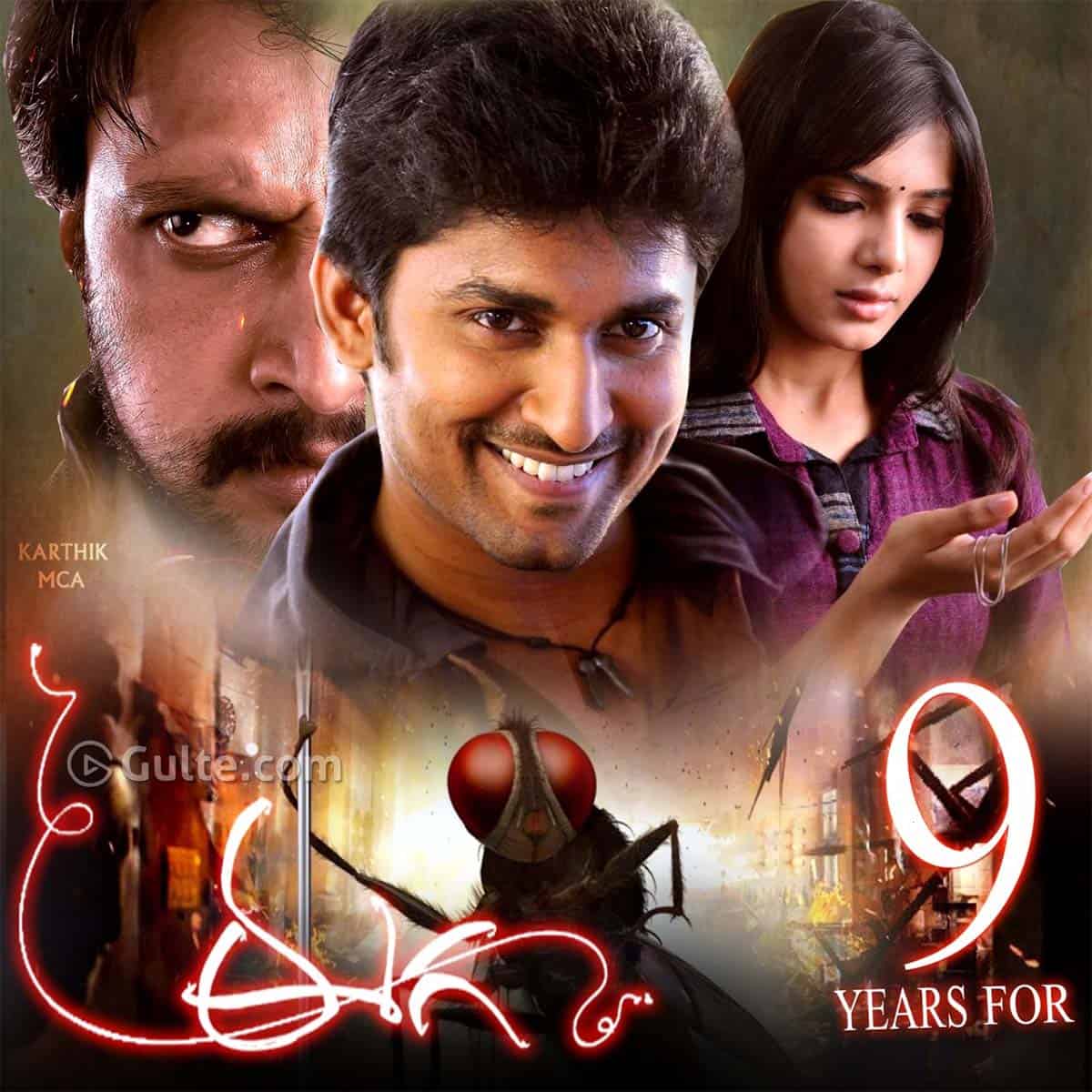 Eega is a landmark film of many sorts in Indian Cinema. First of all, it expanded the wings of director SS Rajamouli’s creativity and pushed him to make visual marvel Baahubali in the coming days. Meanwhile, it also broke the stereotypical hero-centric image of Tollywood and proved that the Telugu film industry can create blockbusters without star power. Today, this epic film celebrates nine years of its release.

Eega is a typical revenge story on paper. But what makes it stand out is its protagonist which is a fly. Rajamouli is the first filmmaker in India to come up with such an idea and execute it with perfection. What added to this remarkable story is the incredible performance of Kichcha Sudeep. He literally lived in the character and made us feel his emotions. Eega will always remain a memorable film for Sudeep. The chemistry between ‘technical’ lead actors Nani and Samantha also worked well even though they share minimal screen space.

The sequel for Eega is on cards for many years. Articles were written on it in many instances but it never happened. When asked about the possibilities of making this sequel in the future, writer Vijayendra Prasad said they still have the idea of making the movie but it may not happen in the near future.

As of now, Rajamouli is working on RRR and will start a new film with Superstar Mahesh Babu after wrapping up that project.