Get Ready For Balayya’s Sensational Interview 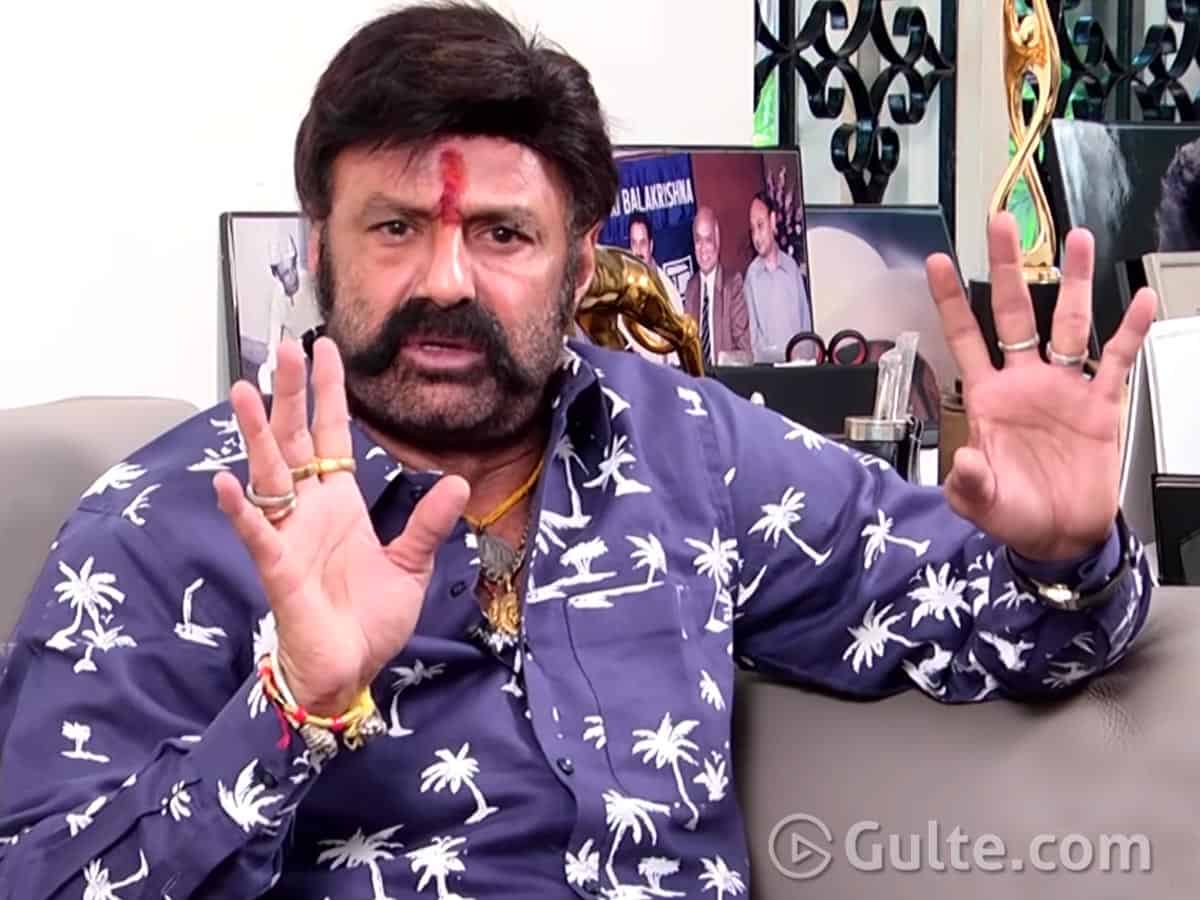 Nandamuri Balakrishna is at the center of controversies. Recently, his remarks on Tollywood biggies has stroked a major controversy as he had commented that they were lobbying with TRS government for lands. These comments have been blown out of proportion and Naga Babu has given a counter.

Amidst this, Balayya is hot topic. And his sensation and candid interview is coming up. A promo of his interview by a youtube channel indicates that Balayya has opened up on all the burning topics and his frank answers are expected to create new ripples among T-town.

Starting from his devotion towards his legendary father and late NTR and how he has inspired him, Balayya went onto talk about his personal habits, his fans, his ongoing film with Boyapati Sreenu, fight sequences in the film laced with emotions, his tryst with singing and his upcoming song which he had sung, Corona, lockdown and more.

Balayya said he had ordered that not more than 50 people should be seen on the sets while shooting for Boyapati’s film and this was even before lockdown was imposed.

Talking about Jr NTR’s much-needed political entry which is expected to boost TDP’s strength in AP & Telangana, Balayya was heard saying, “We can’t ask him to leave his current profession and come into politics.”

Balayya was candid best. He talked about he is catching up with age and how younger heroes are giving him tough competition.

And responding on the recent controversy that hit the industry and on Naga Babu row, Balayya said, “Usually I won’t involve in any of the industry matters. Frankly I’m saying, I don’t involve much. Lot of people too have commented.”

Balayya went onto state that he would step-in wherever injustice is being done. “Digutha, Rangam Loki. Ekkada Anyayam Jarigithe, Akkada Digutha.” He further went onto state that, “Give respect and take respect. Whoever it is, this applies to all.” He further said he would never fear for himself or fear for others as he said he is quite confident about his nature, individuality. The interview ended with his comments about Nandamuri clan. “Ma Vamsham Eppudu Ade Andi. Evaranna Ade Follow Avvali. Charitra Srushthinchalanna Meme, Charitra Tiraga Rayalanna Meme.” (We Create History, We Repeat History).

These fireworks from Balayya’s interview are expected to blow soon and likely to get new reactions and counters from his rivals. Let’s wait and watch.