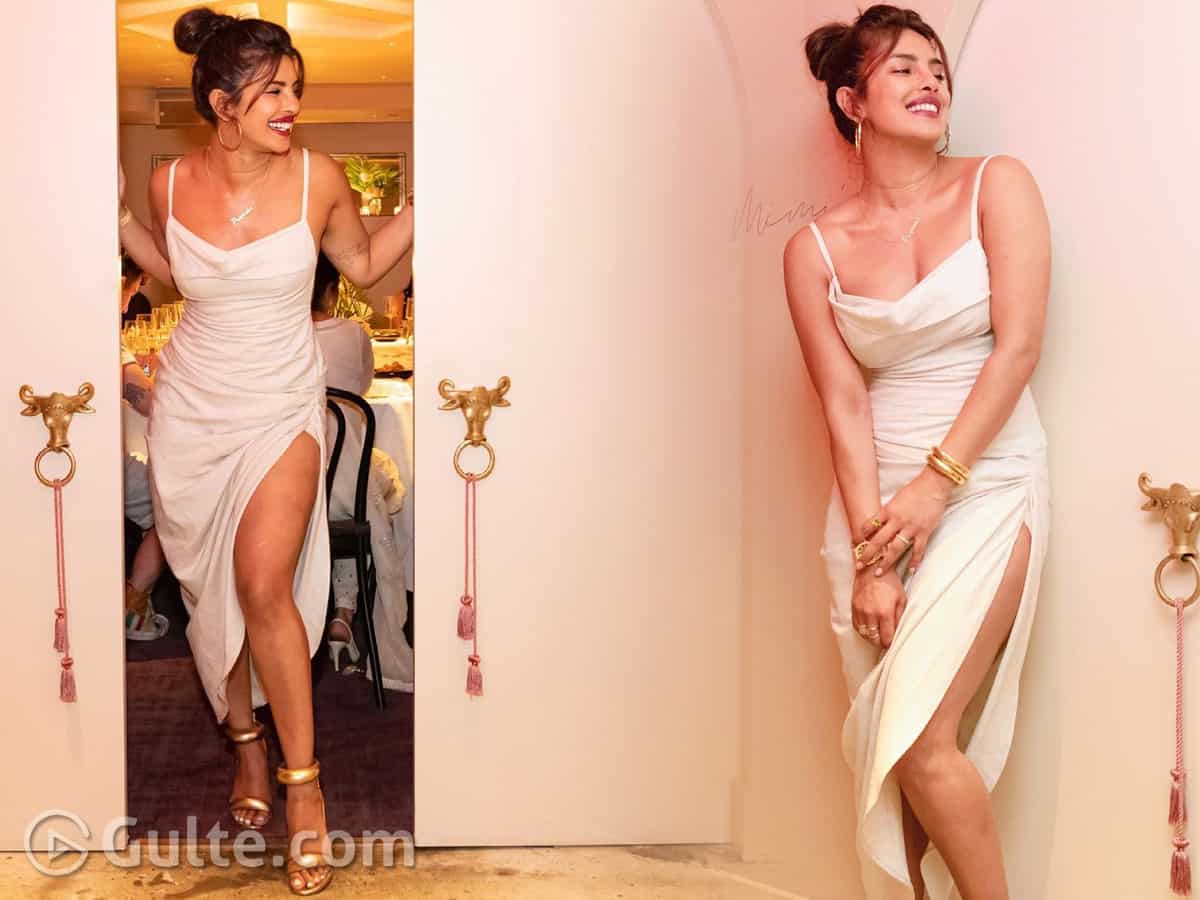 The ultimate fashion diva, Priyanka Chopra treats her fans with a stunning set of pictures along with a caption “timeless India all within the heart of New York City”. As she looks breathtaking in a white outfit, the actress described her happy experience at her New York restaurant Sona.

Her smile and mannerisms are pretty evident in how elated she is to relish her time in the restaurant. Clad in an exquisite white high-slit outfit, Priyanka Chopra looks immensely classic. She kept her accessories minimal by adding a statement neck chain and big hoops. She completed the look with golden heels and tied her hair in a high bun.

“So much love for Sona New York,” she captioned the post. One of her previous posts shows a glimpse of what she ate at her restaurant. “To go into the kitchen and meet the team that makes Sona New York such a wholesome experience,” read an excerpt from her post.

Talking about the restaurant, Priyanka Chopra said that it was her husband Nick Jonas’ idea to come up with the name ‘Sona’. “Sona means “gold,” and he had heard that word in India, well…A lot, throughout our wedding,” said Peecee.

Apart from her restaurant, the actress also became a tech investor by bringing dating apple Bumble to India. In addition, she also launched her haircare brand called Anomaly Haircare recently. And, of course, we all know that she runs a production house called Purple Pebble Pictures. The actress is currently busy with the shooting of Citadel in London.