Narappa On OTT: ‘There Is No Right & Wrong In This Business’ 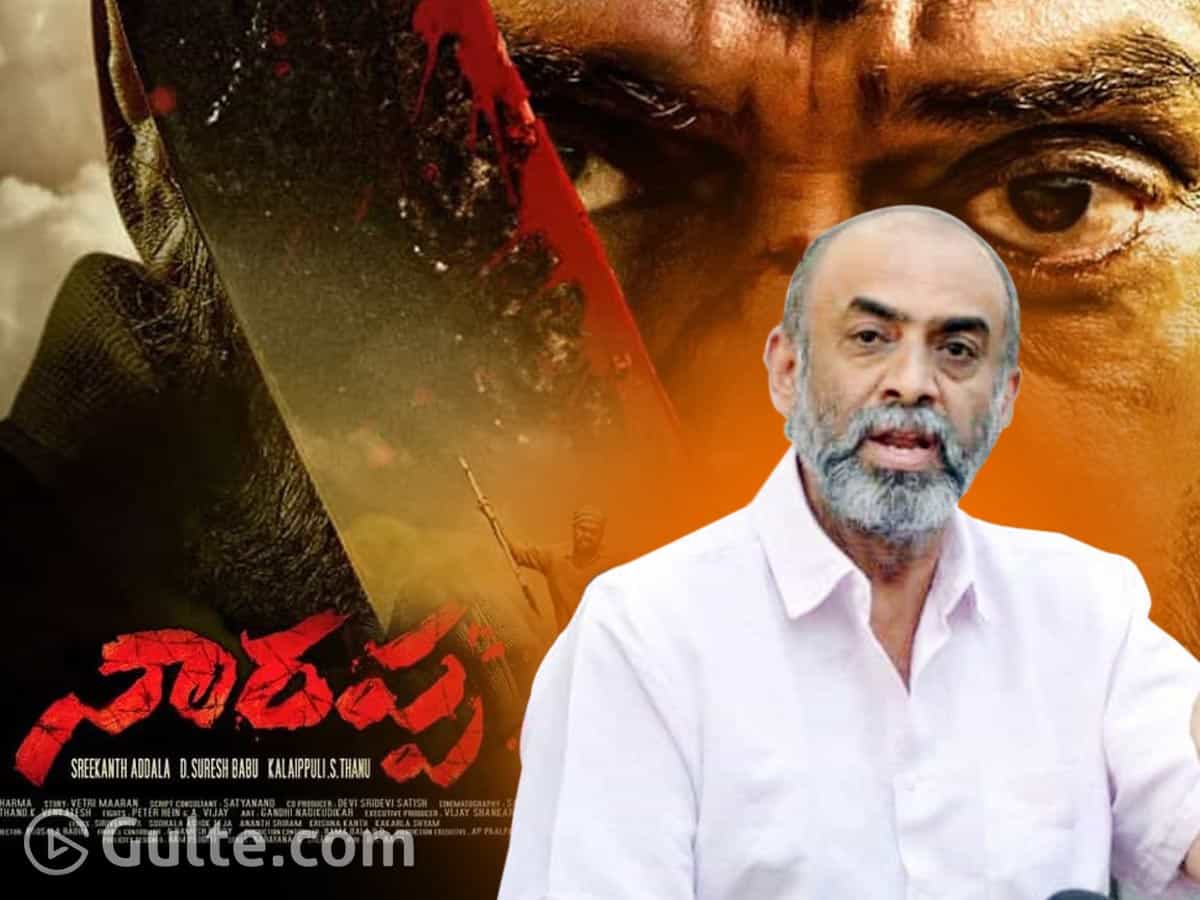 The government of Telangana lifted the lockdown restrictions a couple of weeks back and permitted the reopening of theatres.
However, the cinema halls are yet to open and exhibitors have submitted a few requests to the government to compensate for the losses that happened due to the lockdown. They also requested the producers to hold releases until October when theatres will run full-fledged in both Telangana and Andhra Pradesh. The pleaded makers not to sell their films to OTT platforms.

However, there are a few big movies that opted OTT route instead of the theatrical release. One of them is Venkatesh’s much-anticipated movie Narappa. Though it is not official, reliable sources claim that the movie will have a direct release on a popular OTT platform. In fact, Narappa was sold for a digital release before the exhibitors made their request to producers.

Narappa’s producer Suresh Babu defended his decision in selling Narappa to a digital platform. Speaking to the Times of India, he said, “There is no right and wrong in this business. Exhibitors have been facing losses for a period of time and they want films to release in theatres. The producers are facing burdens of their own.”

“So decisions like these are made independently and it must be left to the stakeholders involved. These are uncertain times and the situation is constantly evolving. Hopefully, things will improve soon,” added Suresh Babu.