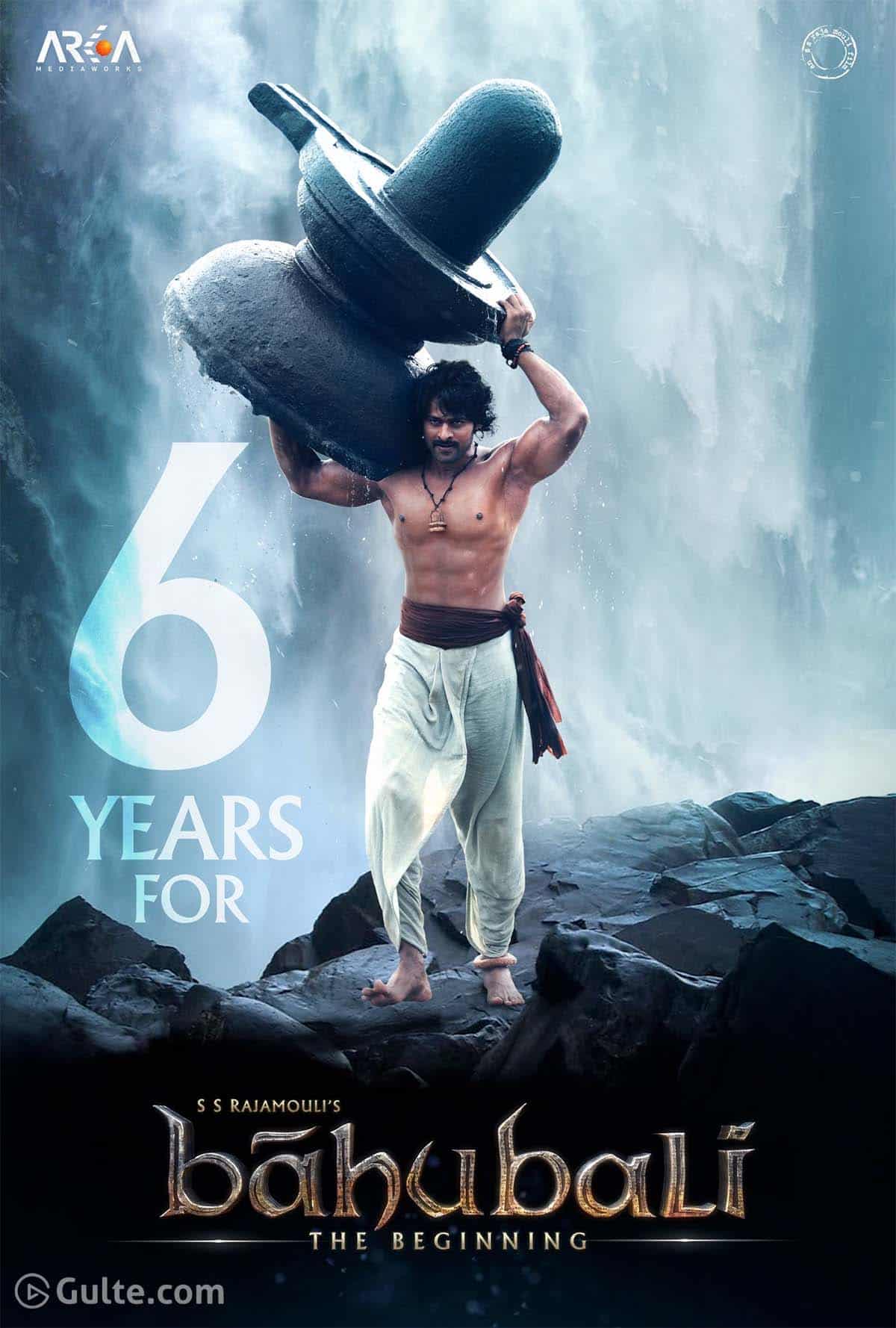 The Magnum Opus Baahubali turns six! It is one of the very few films that showcased the calibre of Indian cinema. With its historical content, Baahubali captivated audiences across the world and the movie became a feast for a viewer’s eyes owing to the grandeur and splendour portrayed in it.

Among many accolades, the movie holds the Guinness world record of the largest poster in 50000 sq. feet with an area of 4,793.65 metres square. The movie was an instant hit that consisted of the creation of magnificent palaces, impregnable forts, and breathtaking waterfalls. There are 5000 VFX shots used in the entire film to give it massive appeal.

This one-of-its-kind flick has won the Best Feature Film at the 63rd National Film Awards, becoming the first Telugu film to win so. It also won the national Filmfare award in 2016, the Filmfare award for best director and 8 IIFA Utsavam awards. Talking about the ace filmmaker, we thank SS Rajamouli for the exemplary display of his craft and years of dedication. The film ends with a fitting promise to its sequel and Baahubali is one of those gems which can be enjoyed for its pan Indian appeal and spectacular visuals.

Among a plethora of amazing characters, Ramya Krishnan literally breathes fire as Sivagami and looks splendidly regal. Not to forget, Rana Dagguabati was phenomenal. He has portrayed Bhallaladeva to near perfection. He is like the evil hulk incarnate. He devours into his Bhallaladeva role and offers a riveting performance. Also, the film highlights Strong female characters in the story. Played by equally talented actors, three women – Devasena, Sivagami and Avanthika were actually the real heroes.

Baahubali: The Beginning is the only Indian film to feature on BBC’s documentary on 100 years of cinema. The breathtaking visuals and panorama sets are unprecedented. Kudos to the stellar team on the completion of 6 years!