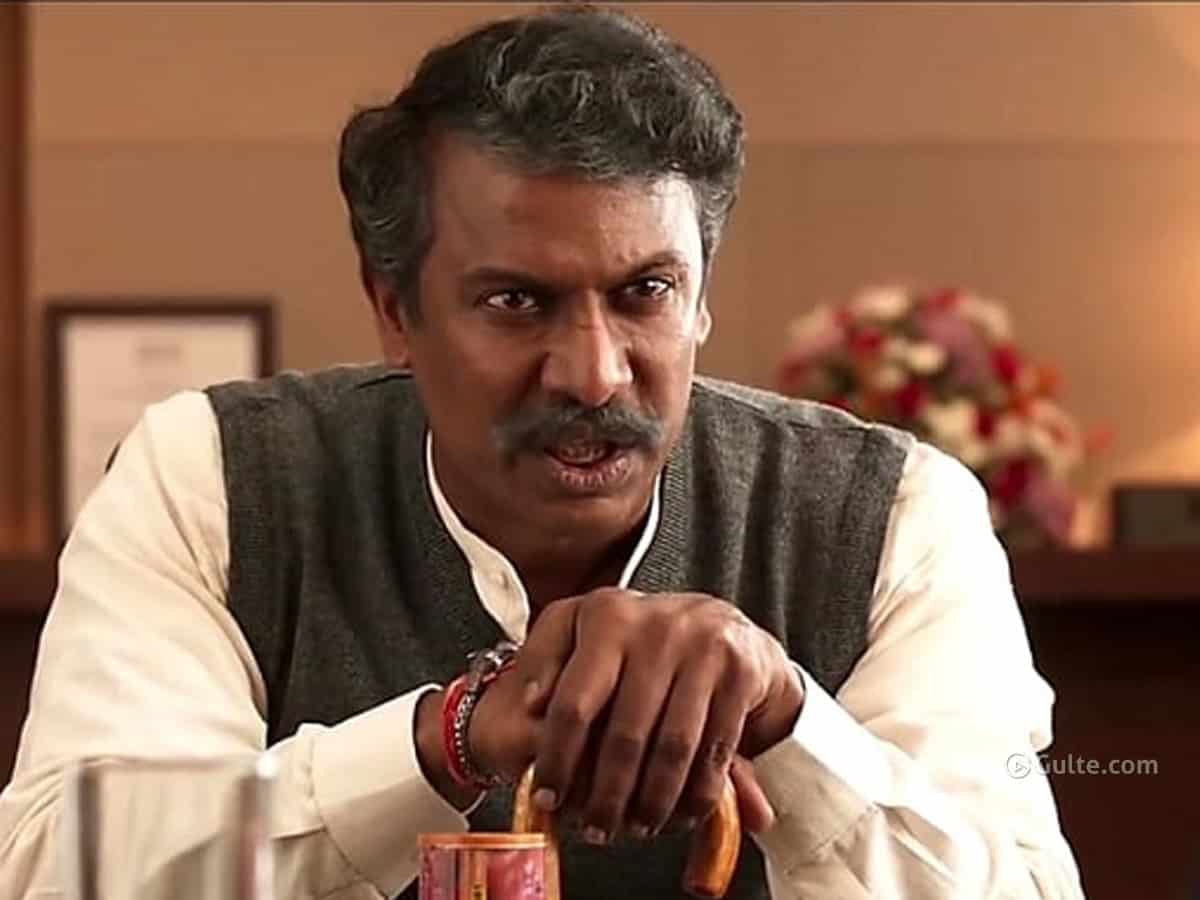 Having started his career as a director in Tamil Cinema, he later turned an actor. Now he is the busiest actor in Tollwood. We are talking about director turned actor Samuthirakani. He is the same guy who directed ‘Shambo Shiva Shambo’ which was the remake of Tamil film ‘Naadodigal.’ The film was a big hit and later Samuthirakani directed a couple of films.

While directing, Samuthirakani has done guest roles in his films and eventually he became a full-time actor. In ‘Raghuvaran B.Tech’ (VIP) as Dhanush’s father, Samuthirakani’s performance needs a special mention.

In ‘Visaranai’ Samuthirakani played the role of a police officer and he went on to win a National Award in the Supporting Actor category. That’s something no director turned actor ever achieved.

With Samuthirakani’s prominence on the rise, directors of other languages have set their eyes on him. In Trivikram and Allu Arjun’s ‘Ala Vaikunthapurramloo’ and Ravi Teja’s ‘Krack’ Samuthirakani yet again he stole the show even though they are negative roles. Both the films were super hits.

Now Samuthirakani is featuring in SS Rajamouli’s ambitious project ‘RRR’ which is a pan India film starring Jr NTR and Ram Charan. His role is said to be a pivotal one. There are also reports that Samuthirakani is picked up in Superstar Mahesh Babu’s ‘Sarkaru Vaari Paata.’ The buzz is that he is the main villain in the film but the team is yet to announce it officially.

‘Sarkaru Vaari Paata’ is a full length commercial entertainer being directed by Parasuram Petla. If Samuthirakani manages to pull off with his performance, he might become the number one villain in Tollywood without a doubt.

But Samuthirakani is not restricting himself to just big films. While doing heavy budget movies, the director-actor is also signing small and medium range films.