“Who is he?”, Fans Ask Rashmika 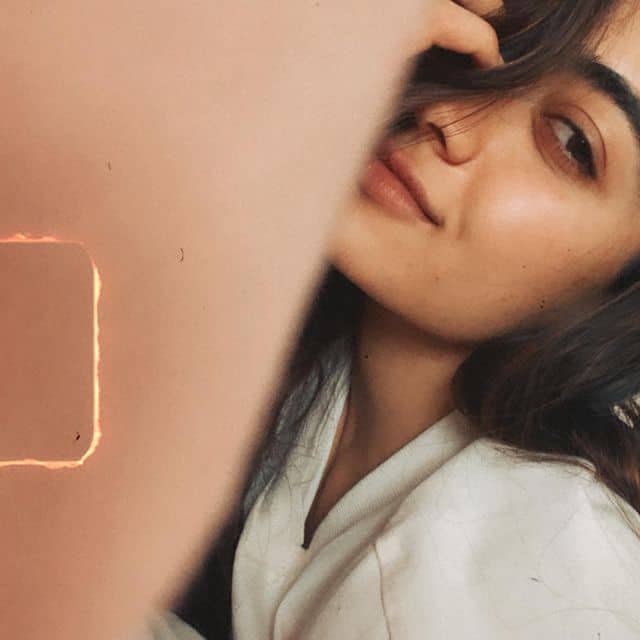 In a career spanning over just five years, Rashmika Mandanna became a heartthrob for many youngsters across the country. Nowadays, she is also being called ‘Nation’s Crush.’ All these days, Rashmika claimed herself to be single but her recent Instagram post is now raising doubts about her relationship.

Recently, Rashmika shared a beautiful selfie of herself on Instagram. She looks stunning in this photo, throwing cute expressions upon us.

She captioned the picture, “Has to be a post- he said!” This caption is now raising doubts among her fans and media as well. Everyone is wondering who is that mysterious man who asked Rashmika to post the picture.

Meanwhile, one of her followers on Twitter asked her the same on the platform by writing, “who’s this him? @iamRashmika.Your fanboys see going crazy Rash.”

Responding to him, Rashmika tweeted, “He said- Was my fanboys in my mind!” The actress further put us in confusion with this indirect tweet. It has to be seen if Rashmika ends this mystery soon.

On the film front, Rashmika will be next seen in the movie Pushpa which is being directed by Sukumar. Allu Arjun is playing the lead hero in it.