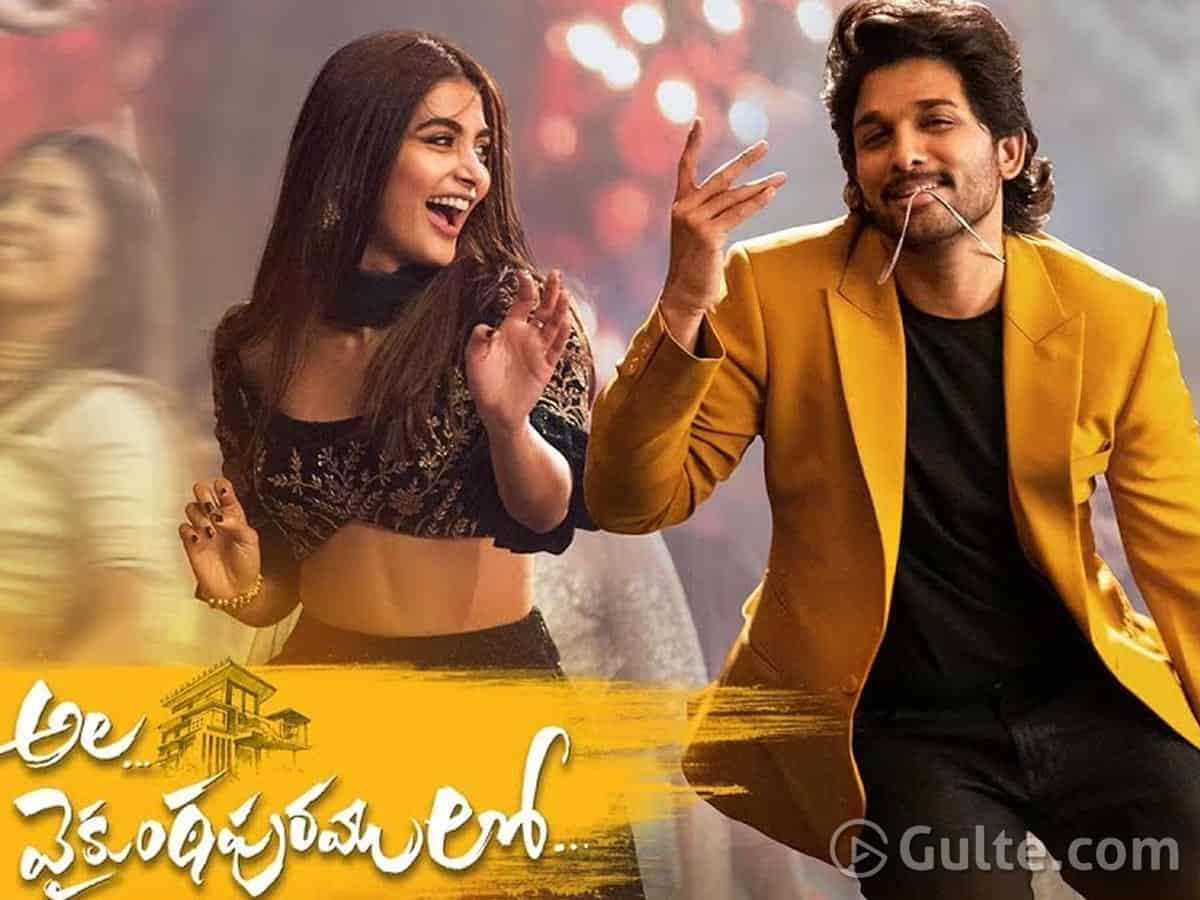 Samajavaragamana and Ramulo Ramula songs itself created huge buzz for Allu Arjun – Trivikram film Ala Vaikunthapuramulo. Trivikram has once again banked upon his usual family drama and human emotions as the main theme for AVPL and made a pleasant family entertainer with Allu Arjun in top form.

A middle class man Valmiki (Murali Sharma) swaps his just born son with a rich man Rama Chandra’s (Jayaram) son in the hospital. Bantu (Allu Arjun) grows up as a middle class boy and later gets to know about what his father has done. He comes to know about the problems in his actual parents house and goes there to solve them.

Allu Arjun is back after a very long gap. Bantu is a tailor made role for him as it is an all round character that gives scope to cater to all sections. Allu Arjun has made a meal out of it. His flawless performance is the mainstay of AVPL even in the sequences that are just passable. Pooja Hegde’s glamour is an additional bonus for AVPL. Her performance is okay. Tabu plays an important character but gets sidelined in the drama. Jayaram is very good as the father who is going through emotional turmoil. Murali Sharma gets a meaty role and he is very good as Valmiki. There are many notable actors like Sunil, Navadeep, Nivetha Pethuraj, Rahul Ramakrishna playing the supporting roles, but only Sachin Khedkar gets an important role as the grandfather. He is cool as the retired granddad. Samuthirakani’s character is half-baked. Rajendra Prasad’s extended cameo is fun.

Trivikram has been sticking to family drama since Attarintiki Daredi. He tried to switch genres in Agnyathavaasi that ended up as a disaster and we missed his trademark humor in Aravindha Sametha. He is back in his comfort zone with Ala Vaikunthapurramulo that has class stamped all over. Trivikram presented this regular plot in a stylish way with right mix of commercial elements. Vintage Trivikram’s comedy punches are missing but he has done a fine job as a dialogue writer too.

Thaman’s music is the best thing about Ala Vaikunthapurramulo. Songs are beautifully shot with grand production values. Background score is impressive too. Vinod’s cinematography is superb. Editing is adequate. Production values are rich. The producers have spent big on the star cast and the making as well.

Trivikram has played safe by sticking to his strengths. He is one of the finest filmmakers when it comes to showcasing human emotions in a subtle way. He used it to good effect in Ala Vaikunthapurramuloo, which makes it a pleasant and cool family entertainer. The plot of the movie is super thin, but Trivikram presented it in a grand way with stellar star cast and with good dose of humor. Despite the star cast and energetic performance of Allu Arjun, first half feels to be moving at a snail’s pace.

A couple of action scenes and songs like Samajavaragamana and Butta Bomma keep the audiences engaged. Intermission point is predictable, but done well in a simplistic way. The energy levels suddenly go up post interval with the protagonist entering his home. His confrontation scenes with his foster father are very entertaining. Even the confrontations of Bantu and the villain have come out well. Villains do nothing but come and give warnings all the time. This thread could have been developed better.

Another problem with the screenplay is sidelining mother characters as if they have no role to play in this drama. The romance thread also progresses from one level to another without being shown on screen. A lot of characters are there without any purpose. Trivikram has signed up notable actors for all the characters, but didn’t give them any role to play with. However, the smooth flow of screenplay without any deviations overcomes its many flaws.

The master dialogue writer and crafty filmmaker Trivikram used his strengths in presenting the film in such a cool manner without going overboard even at one instance. There aren’t highs in the screenplay, but the energy is high right from the scene Bantu enters Vaikuntapuram. Board room scene and Ramulo Ramula song are its highest points and the aesthetically done climax fight is worth mentioning. On a whole, AVPL is a perfect film to watch during the festival season along with family.