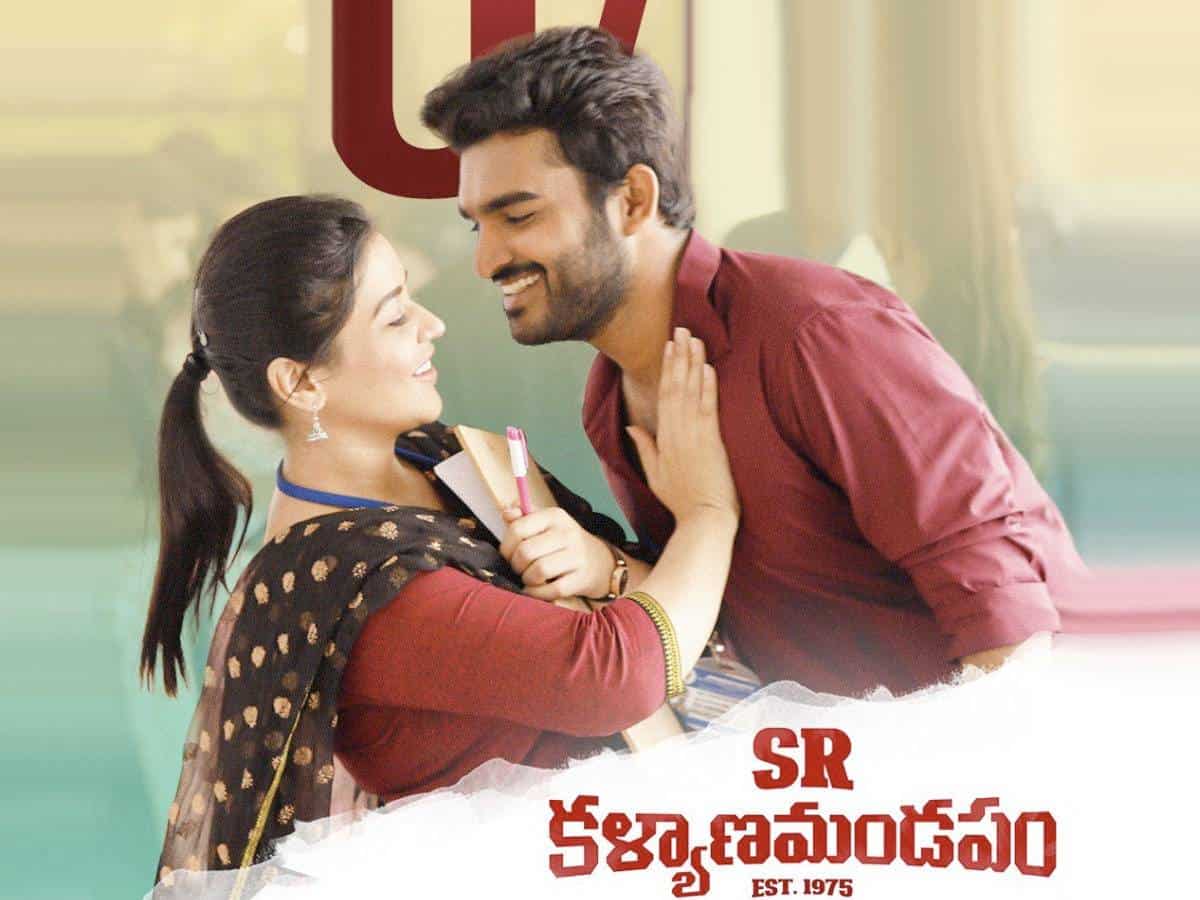 Cast - Kiran Abbavaram, Priyanka and others

Kalyan (Kiran Abbavaram) is deeply in love with her Btech classmate Sindhu (Priyanka Jawalkar). Kalyan has been chasing Sindhu for 3 years, but she doesn’t reciprocate. Kalyan has family issues. His father Dharma (Sai Kumar) is irresponsible and addicted to alcohol leaving their ancestral function hall to be inoperative. Kalyan doesn’t talk to Dharma. How Kalyan revives the function hall into happening one and how he sorts out his issues with father and thus wins his love forms the crux of the story.

Kiran Abbavaram delivered a fine performance. At times, he gets overboard with elevation scenes, heroic acts. Overall, he is alright. Priyanka is fine in what she’s offered. Her midriff and her looks dominate her expressions. Sai Kumar is undoubtedly a flawless performer. He has shined yet again as Dharma, the role has myriad shades and emotions. He fears his wife and yet he is dynamic. He is sad about his son not talking to him. Sai Kumar’s mannerisms work in the film’s favour. Srikanth Iyengar is alright. But weak villainism lets down the film.

The amateur story and screenplay is evident with the film. Kiran Abbavaram took to pen down the story, screenplay and dialogues. Dialogues are good and have authentic Rayalaseema flavour. But the film’s narration lacks novelty. The plot and premise is as old as hills and rocks. The film drags on and on. Music is okay. Sridhar, who is credited for direction and editing, could have done a better job.

Films set-up in rural backdrops have been working of late. However, SR Kalyanamandapam is a wasted opportunity despite having noted cast and good performances. The film starts with the passing away of Venkatachalam, father of Dharma. We are then introduced to Dharma who has become a spoiled brat and messed up the family assets. Dharma’s son Kalyan isn’t good at academics. He is after his love Sindhu. There are not enough scenes to establish Kalyan’s true love for Sindhu. He stalks her and he is fond of her ‘nadumu’. The director failed to establish a good love track between Kalyan and Sindhu. There’s no consistency either in Sindhu’s character and she looks confused about her relationship with Kalyan.

Kalyan’s mom Shanthi wants him to revive their ancestral function hall SR Kalyanamandapam and keep his grandfather’s pride. Kalyan takes it up and revives the business. He is successful. But that’s not all. The film’s major conflict is father-son’s emotion.

Kalyan as a child was a very affectionate son. He wouldn’t leave his father. But as he grows into an adult, he doesn’t utter a word with him. One doesn’t know why exactly Kalyan doesn’t talk to his father Dharma.Even Kalyan’s mother Shanthi doesn’t know the reason. This puzzles the audience till the end.

When we get to know the answer, it is not convincing enough to sit through the film for such a longtime. This is the problem of the film. And guess what? Kalyan shares this reason with his dad’s sidekick, but not with his own mom. This makes it even more disconnecting.

One feels why does Kalyan take such a longtime to convey this to his father’s sidekick? The rest is how Dharma (Sai Kumar) changes himself for his son and helps his son’s love. Even the scenes of Srikanth Iyengar and Sai Kumar aren’t convincing enough. The transformation of Srikanth is also funny. The weak climax added to the woes of SR Kalyanamandapam.

There are few laughs here and there. Father-son scenes have come out well. Sai Kumar stands out in this old-fashioned story. He scores well. Kiran Abbavaram gets his points for acting, but fails in writing. College scenes could have been interesting and funnier. There are enough references to Chiranjeevi, Pawan Kalyan, Balakrishna and their cult films and songs. Also a handful of jokes. But is that enough?