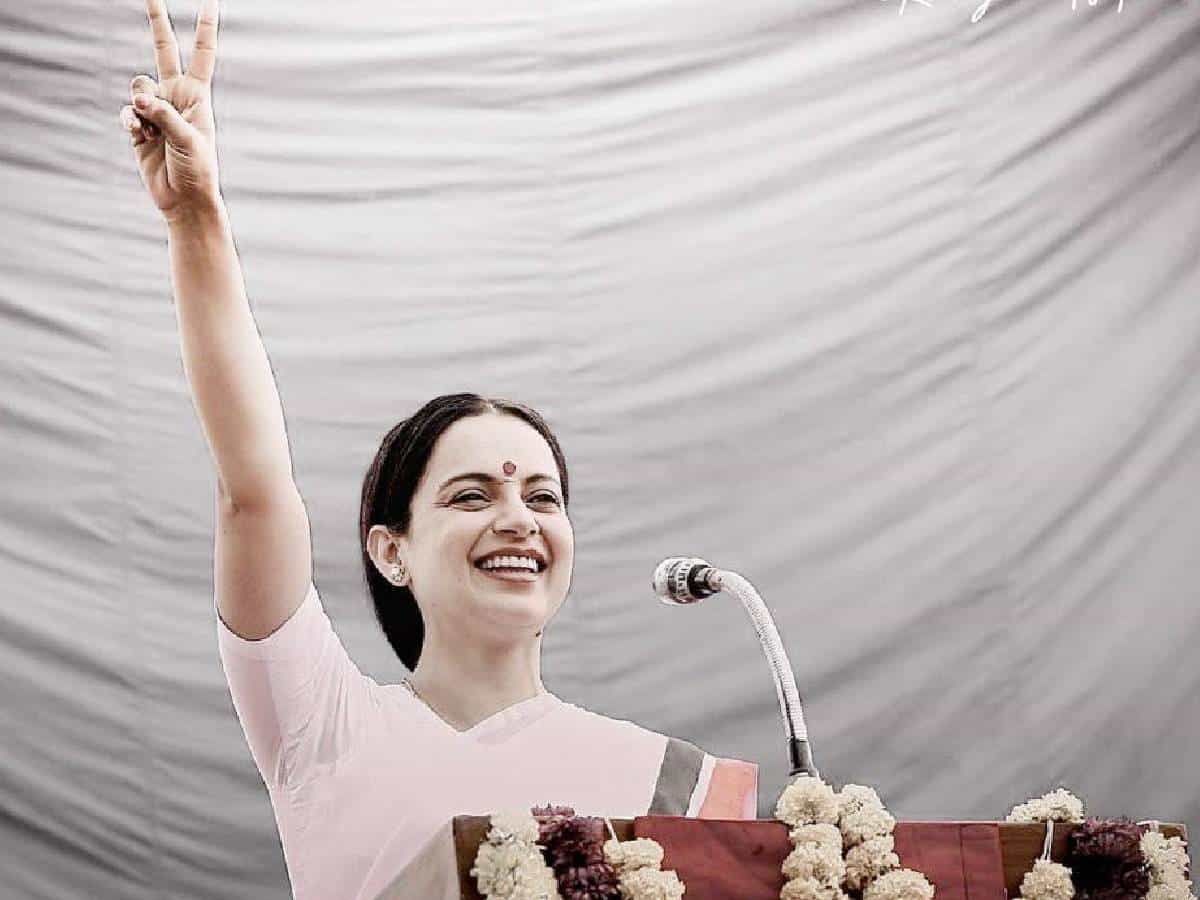 Biopics are not simple to make and it is not easy to impress one and all with them. We have seen Mahanati, NTR Kathanayakudu, and Mahanayakudu in recent times, and now is the time for Thalaivi.

Thalaivi is the chronology of the life of late J. Jayalalithaa, whose life story is the most sensational among all the actors, politicians, and actor-politicians in India. Directed by AL Vijay of Nanna fame, Thalaivi hit the screens today. Let us see the review here.

Thalaivi starts with the infamous incident of insulting Jayalalitha in Assembly when she was in the opposition. The story goes back to the past to show us many interesting incidents from her life and finally concludes with her sitting on the Chief Minister’s seat.

Thalaivi cannot be completely a biopic of Jaya, as the makers chose to show only ‘Actor-Politician-Chief Minister’ in short. The total life of Jayalalithaa has a lot of hard work, emotion, stubbornness, and guts that made her what she was. Thalaivi shows almost all that.

Jayalalithaa (Kangana Ranaut) enters films at a very young age. MGR (Aravind Swamy) likes her innocence and attitude. Jaya’s stardom rises along with the intimacy with MGR after many films together. She starts admiring him, but MGR’s ambition is to serve people. MGR distances himself from Jaya for the political party he launches after walking out of friend turned foe Karunanidhi’s (Nasser) party. Jayalalithaa enters MGR’s political party but later gets evicted from the same. Her political journey with challenges, hurdles, and insults, and how she becomes the Chief Minister of Tamil Nadu form the story.

Kangana Ranaut excelled in the role of Jayalalithaa. Kangana’s subtle variation from scene to scene enthralls us. Not just the makeup and look, but the difference in the body language and expression proves the prowess of Kangana once again.

Arvind Swamy’s acting is on par and more in many instances with that of Kangana’s. The veteran actor fits the bill as MGR and he dominates all others while he is on screen. One more superb performance from the Roja actor.

MGR’s close aide Veerappan’s role played by Samuthirakhani is another most important role in the film and he too gives his best performance to date with Thalaivi. Veerappan’s role goes along with Jayalalithaa and MGR all through the story.

Along with the three primary roles, there are other important characters like Karunanidhi (Nasser), Janaki Ramachandran (Madhubala), Jaya’s mother Sandhya (Bhagyasree). They all did well in their respective roles.

AL Vijay succeeds in connecting the audience with the 80’s era where most of the story belongs to. The director’s effort and vision can be seen in the set properties, reproducing the scenes from old movies and actors’ looks.

Thalaivi is technically top-notch. The artwork, background score, and sets match the timeline and the story perfectly. The production values are high. The editing could have been better.

Run time
Too much of Tamil nativity for Telugu audience

Earlier Mani Ratnam made an ‘Iddaru’ movie based on Tamilnadu politics, but it remained as a cult or classic than ending up as a commercial or sensational success. Now with Thalaivi, Tamil Nadu’s yesteryear politics are retouched, but the makers appear to have avoided the unwanted troubles faced by Mani Ratnam back then.

Jayalalithaa’s life story has drama, controversies, and many more which are apt for a perfect commercial movie to be made. The director’s choice of scenes to start the movie with needs an accolade. AL Vijay decided to start the movie with the most unexpected scene of Jayalalithaa being insulted in assembly, which is usually expected to be used as a trump card somewhere in the middle of the movie. The director did not want to show us Jayalalithaa’s childhood and her life before entering the films.

Director AL Vijay started it by recreating yesteryear sets and colors for connectivity and relativity to the story. He presented the most emotional and magical movements that are famous from Jayalalithaa’s life and he narrated the regular story in between them. Whenever there is a documentary kind of scene in the movie, there follows a high moment getting the attention back. The performances of Kangana Ranaut, Arvind Swamy, Samuthirakhani along with magical moments at regular intervals make Thalaivi intriguing. The scenes between Veerappan and Jayalalithaa enthrall the audience.

The director somehow pushed crucial episodes in Jaya’s life to the backseat, like Sasikala, her rivalry and vengeance act with Karunanidhi. It looks like the director did not want to touch and unturn the political controversies. He focused mainly on entertaining Jaya’s fans and Tamil audiences.

Thalaivi does not focus much on Jayalalithaa’s movie career. Jayalalithaa’s interest in jewelry, dresses, and properties was not shown. Neither her friendship nor relations with popular actors in the film industry have been touched.

One can’t help as Thalaivi reminds us of classic Mahanati and comparisons do come as both are the stories of two legendary actresses. Sympathy dawns on Jaya’s role for losing all and fighting all alone. Unlike Savitri, Jaya’s story has a successful ending. The underlying point in Thalaivi is that a woman succeeds in the male-dominated fields – politics and films. This is where Jaya’s story touches the hearts. She deserves a befitting tribute and that’s what Thalaivi offers.